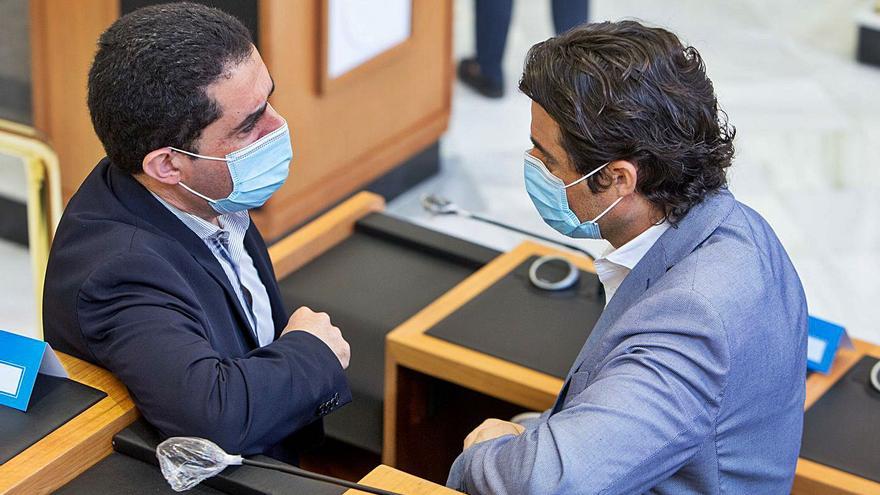 The external audit commissioned by the Alicante Provincial Council to audit the accounts from 2015 to 2018 accredits that the PP must return to the public coffers 45,000 euros of expenses without justifying of the close to 466,000 euros that he entered from the Provincial Council in his account during those years. The popular group has already given an order to reimburse that money, which is equivalent to 10% of the allocation received, while the PSPV will have to pay 14,500 euros.

The pressure that Compromís has exerted on the Court of Accounts and the Anti-Corruption Prosecutor’s Office denouncing the irregular financing of the PP forced the government team in the Provincial Council to hire this report to review the funds received. Now, having to reimburse these 45,000 euros, the popular wanted to make it clear this Thursday that they have justified their accounts, although they acknowledged that they will abide by the conclusions: “We will be the first to make the reimbursement, but we do not agree with the results because the PP has justified and demonstrated every penny spent, “said the deputy for the Treasury, Maria Gomez.

However, from the popular group they assured that the rest of the parties will also have to pay other amounts, in this case referring to the invoices in which Intervention had detected errors due to lack of justification, so the US will have to return the entire amount of the The subsidy amounted to about 42,000 euros, while in the case of Compromís the figure reaches 5,200 euros and in Ciudadanos, about 2,000 euros.

But in the case of the external audit that the government team of PP and Ciudadanos awarded to the company Faura Casas outside the Intervention report, through a contract worth 13,915 euros, the joint data of the parties is analyzed. This document gives the go-ahead to spending on telephony of the PP worth 60,000 euros, which has aroused criticism from Compromís considering that this money was used to pay for the telephone of the entire party despite the fact that the regulations of the Provincial Council specify with It is clear that these transfers should be used for shared activities between the party and the institution’s group. With this new document, Compromís continues its crusade against PP accounting. Your spokesperson, Gerard Fullana, He denounced this Thursday that, of the 46,000 euros that the popular have to return, 28,000 euros were used to pay for meals and trips that have nothing to do with the political activity of the deputies. The coalition believes that Eduardo Dolon, Provincial secretary of the party at the time and vice president of the institution, “lied” when he certified that the transfer of money to the party was justified as, according to Dolón, it was a joint and indivisible expense. These data will be contributed to the investigation that the Anticorruption Prosecutor’s Office is currently conducting on this matter. Although the Valencians believe that the report does not put light and stenographers on the use that the PP makes of public money, they do consider that it confirms part of the irregularities that have been denounced for years in the Alicante institution, such as the irregular financing of the party with public money and documentary falsity in the accreditation of that expense. Faced with these statements, the deputy for the Treasury attacked Fullana yesterday to accuse him of “setting up stories with false accusations” and assured that the popular group has delivered the requested documentation and will abide by “for political coherence” this analysis.