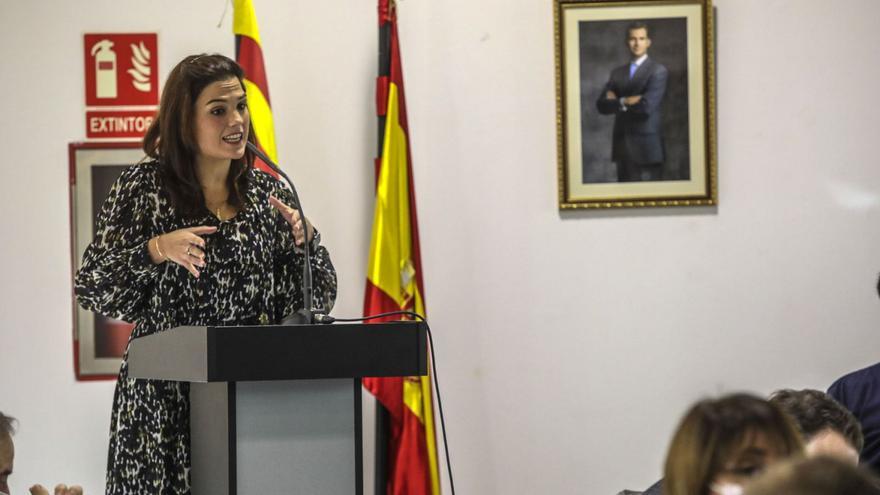 Two socialist councilors, the one for Recruitment, Hector Diez, and that of Culture, Marga Antón, have appeared to answer the doubts and questions of the opposition. However, they have not convinced the groups that do not govern, who consider that their questions have not been answered.

Everything started at 2:00 p.m. when the joint request of the municipal groups of the PP, Vox Elche, Ciudadanos and the non-attached councilor was read, for the appearance of the mayor of Contracting, Héctor Diez, in order to respond “on the lack of contract for the exhumations of the Old Cemetery ”.

Aurora Rodil, of Vox, said that Marga Antón in the spokesmen’s meeting accused her colleague Héctor Díez of being responsible for this contract. The PSOE, by mouth of Ramon Abad, announced that they were voting in favor of the appearance in favor of transparency, but without knowing if they were going to attend an appearance or a “sainete”.

Eduardo Garcia-Ontiveros, a non-attached mayor, asked Héctor Díez for explanations, for example, from what date he knew the date of the file, who was responsible for deciding the administrative nature of the contract, or whether there was a short time to request grant for exhumations.

Eva Crisol, from CsHe asked how it is explained that nothing had been communicated to his area since the beginning of the processing of the file. “Who is lying to us: you or Mrs. Antón?”

Aurora Rodil wanted to know the date of when Héctor Díez learned about this matter, while Pablo Ruz, from the PP, asked him to tell the truth and defend this institution, the City Council. “Are you able to put your hand on fire today for your partner Marga Antón?”Ruz added, while asking to know when he learned that the deputy secretary refused to report in favor of the decree, to immediately affirm: “From Mrs. Antón we do not expect anything at all in view of her lies at the municipal headquarters”.

Pablo Ruz concluded his first speech by stating: “We have waited for these two appearances before filing a criminal complaint.”

For his part, Héctor Díez crossed out this situation as “Attempt to stretch the gum of exhumations” and recalled that Marga Antón gave a press conference on October 27 to give explanations, in addition to appearing on November 27 before the political groups together with the deputy secretary general, the archaeologist and the general administration technician.

Héctor Díez also reported that on November 25, the Secretary General issued a report “where he exhaustively recounts what happened and of an important readability. And as if that were not enough, the councilor will appear at the request of her group. We are here, we are giving explanations for a month, stretching the gum”.

“Neither I nor Mrs. Antón nor any of the government team have anything to hide,” added the Councilor for Contracting, who asserted that he had knowledge of the file in question after September 17. “If it is a work or service or supply contract, it is a technician who decides. The coordinator of the Recruitment service told me that the Department of Culture was processing it ”, Díez tried to clarify in the face of insistent questions from a large part of the opposition.

For Héctor Díez, what happened was also a “accumulation of administrative errors”And he wanted to make it clear that since there were different contracting bodies, he was not immediately aware of it, since he is responsible for only one of the three existing ones.

The councilor for Contracting wanted to defend his partner by ensuring that Antón did not say that the Department of Contracting was to blame, and insisted that the secretary’s report “makes what happened very clear. There has never been intentionality or bad faith and no one has tried to favor anyone”.

The mayor of Cs, Eva Crisol, went on to affirm that it was the archaeologist who, after learning from relatives of reprisals that there was a subsidy from the Ministry to make exhumations, notified the City Council of this, while from Vox Héctor Díez was challenged to say publicly “what he has said about the actions of Mrs. Antón”.

The interventions continued with that of Pablo Ruz, who said that Marga Antón “He cannot continue one more minute in office”.

Héctor Díez would later point out that, with regard to aid for exhumations, on March 1 there was a meeting with the regional secretary, and it was then that they already knew that they wanted to request a subsidy. It is at the next government meeting when it is decided to ask for this help, he said.

After the intervention of Díez, the appearance of the Councilor for Culture arrived, at the request of her own group, the PSOE.

Eva Crisol wanted to know in the first place when Antón had knowledge of the notice of what was happening made by the vice secretary and if he told a colleague.

Juan Antonio Alberdi, from Vox, stated in the first place that this event “is neither a smokescreen nor is it stretching the gum. The explanations will have to be given in court ”. From there, he asked when there is knowledge of the existence of aid for exhumations, when he learned that the company’s technicians were going to do the exhumations, and even how it was possible that the subsidy is the same as the budget of the contracted company. while that of the other two companies was higher.

When Pablo Ruz had his turn to speak, he criticized Compromís for not having said anything about it. “Mrs. Antón has lied and has been credited by the intervention of Héctor Díez, by the report of the secretary and the vice-secretary, the company has not fallen from the sky. That there is no fraud you will have to prove to the judge”, He pointed out.

Ruz insisted: “You said that you were aware of the problem of October 20, when you have known about it since at least September 17, when the deputy secretary refuses to sign the decree, and I will not allow you to blame the technicians for your negligence. You know since September 17 that this could not be signed. On September 30, knowing that the contract could not be signed, they returned to the cemetery, together with the mayor of Crevillent, to appear. And also on October 9, I asked him about this ”.

Marga Antón responded in a row that at all times had given the face, that this contract should not have been processed by Culture and that the lack of experience of the technicians involved together with the urgency of the deadlines led to an administrative irregularity, of which no administrative or criminal responsibility or financial damage is detected.

Héctor Díez took the floor again to emphasize once again that there has been no intentionality of any kind. “The whole intention is to do things well, nobody is born taught,” he said in reference to the technicians, in addition to indicating that an improvable wording of the budget execution bases was necessary, but that no “editing movies with intentions. The mayor of Culture has our full support ”and “Parts of the gear have failed here”.

From here, Ontiveros did not want to cross-examine, while Crisol was surprised that those responsible are officials who had little experience because they had just arrived at the City Hall. “Why didn’t the process stop the day after September 17 when the vice secretary refused to sign? The person in charge is the politician. I should take responsibility“Added Crisol, without using the word resignation.

Aurora Rodil wondered immediately if Antón was qualified to carry his wallet, so she asked him to resign “Because he recognized his ineptitude, he lied to us and because he blamed the technicians”.

Again, with the turn to speak in the hands of the PP, Pablo Ruz said that the law has been violated with respect to the award of the contract. And he returned to the load with the partner of government of the PSOE: “The one of Compromís in this City council is to study it, It seems incredible that they have kept silence so complicit and atrocious”. And he also charged for the umpteenth time against Antón: “Today it has been proven to me that you are not qualified to hold the position of Councilor for Culture. We leave here much more worried than we were. We are going to court. ”

Marga Antón would then reply that what the opposition was looking for was charge “a political piece“And added:” With the assurance of not having worked outside the law, I will continue. ”