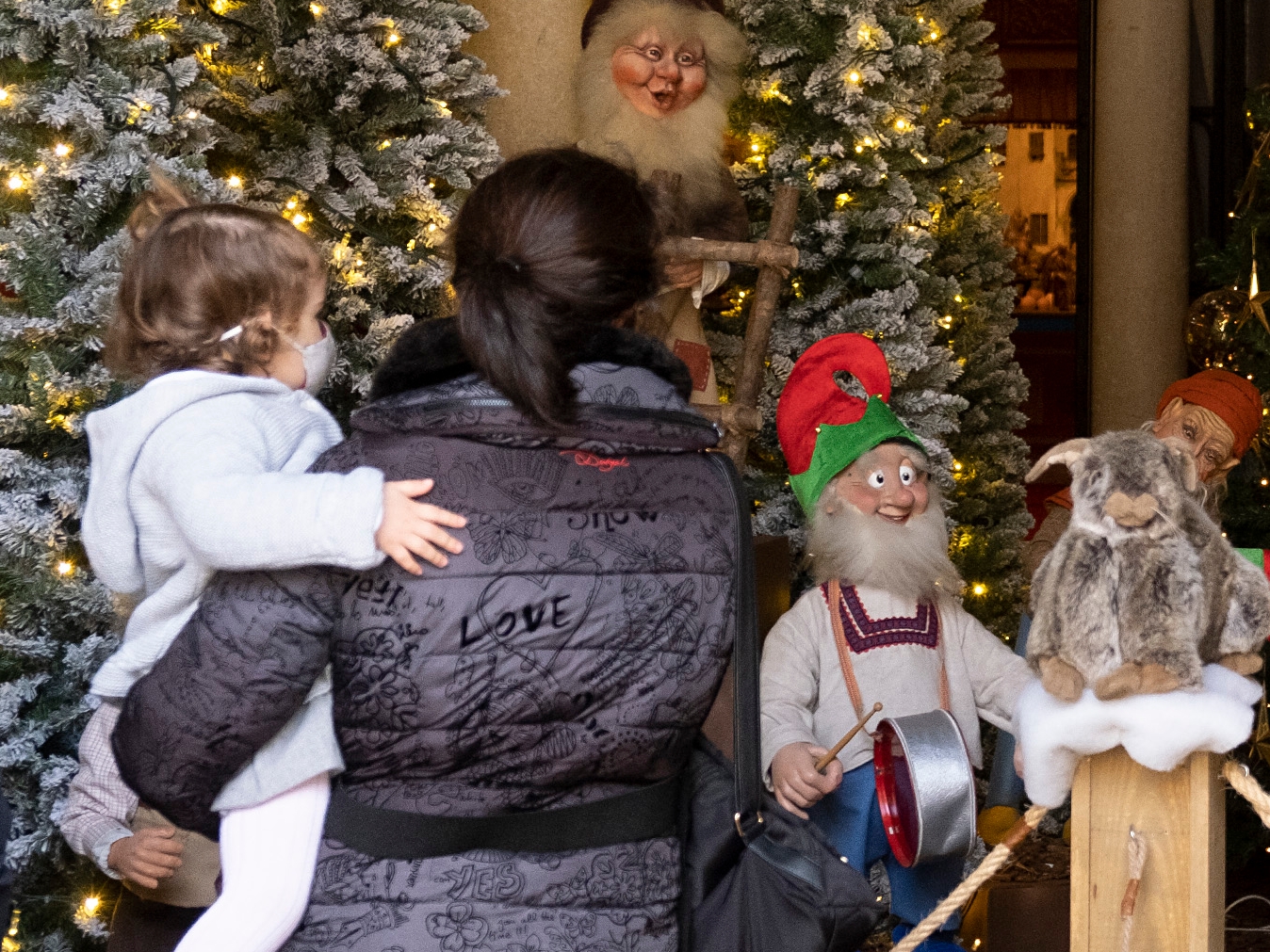 In a changing map of restrictions, in which the autonomous communities are announcing a trickle of hardening a week before Christmas, the majority of Spaniards (almost 80%) plan to restrict the celebrations of Christmas Eve and New Year’s Eve to their nucleus of cohabitants , according to a YouGov poll for the LENA media alliance, of which EL PAÍS is part. Those who finally do, will not have to be attentive to the curfews or the group limitations or the more or less restrictive perimeter closures that the autonomous governments are announcing.

Just yesterday, several communities announced a tightening of the restrictions that they had a priori planned. The Community of Madrid, which was going to allow meetings of 10 people on the dates indicated, will limit them to six during all parties. In Catalonia, the curfew will begin at one on the two most important nights and limits the hours of bars and restaurants to two time bands: from 7.30 to 9.30 and from 13.00 to 15.30. Castilla y León will only allow family members to enter and leave (not relatives) on December 23 and 26, December 30 and January 2, and January 5 and 6. Asturias decided to impose PCR tests on all young people between 18 and 30 years old who enter the region and go to live with people over 65. The Valencian Community will not even allow those who do not have a residence in the autonomous community to go to meet their relatives or relatives. And in the Canary Islands and the Balearic Islands they have tightened the measures in the most affected islands: Tenerife and Mallorca. Some autonomies such as the Basque Country or Andalusia do not rule out re-evaluating the measures in the coming days (see table).

Before taking these measures, according to the survey data, the message of limiting celebrations as much as possible seemed to have spread. The survey, to which a thousand people in Spain responded, was carried out between December 4 and 7, just a few days after the Ministry of Health agreed with the autonomous communities on the Christmas plan, which allowed movement between communities only for family members and friends, it made the curfew more flexible at 1.30 on Christmas Eve and New Year’s Eve and extended to 10 family gatherings on the most important days of the holidays (December 24, 25 and 31, January 1 and 6 of that month in some communities).

Since then, the plan has evolved. The Minister of Health, Salvador Illa, appeared after the Interterritorial Council on Wednesday, encouraging the autonomous communities with more incidence to toughen the measures. The agreement, he explained, was a reference framework of maximums, but it had to be adapted to the situation, which is very different today from December 2, when the document was approved.

Minister Illa yesterday thanked these communities for tightening the restrictions. They argue that with the state of alarm in force, beyond the coordination of the central government, they are the ones who have to make the decisions. Some regional leaders have accused the Executive, and particularly its president, Pedro Sánchez, of appearing only to give good news and leave the bad in their hands. One of them is the president of the Community of Madrid, Isabel Díaz Ayuso, who pointed out Sánchez for “leaving the autonomies alone at the worst moment” and for disappearing when there is a complex situation. “The problem we have in Spain is that in the absence of two kings, we have three kings, because right now in La Moncloa what we have as president of the Government is a figure who reigns, but does not govern,” he said on Thursday.

“There is no single reality, in each territory it is different. We must react to the reality of the change in trend according to the strategy we are applying, “Illa replied yesterday, calling for” increasing prudence “and following the measures imposed in each autonomous community, which” are appropriate “to their situation. “It is not going to be that we celebrate Christmas and cry in Reyes.”

The World Health Organization also joined this call for Christmas moderation yesterday. “There is a difference between what the authorities allow you to do and what you should do. The safest thing now is to stay at home, ”recommended the director of WHO-Europe, Hans Kluge in a statement.

In this sense, other European countries, such as Italy, already seemed to be very aware of the need to stay at home. According to the YouGov survey, it is the only one of the great countries of the continent that surpasses Spain in opting for collected celebrations (85% said that they planned Christmas exclusively with their partners, even before the restrictive measures that were adopted in the country ). This percentage decreased in Germany, the United Kingdom (in both to 55%) and in France (45%). Spaniards are, among these neighbors, those who think that their Government has taken the least restrictive measures: 61% believe that more limitations should have been adopted.

In Spain, as Christmas approaches the epidemic is slowly getting worse. On Friday it reached 214 cases per 100,000 inhabitants in the last 14 days. And it adds a week since the positive trend changed, although these have not yet been reflected in hospitals. The percentage of occupancy of covid patients’ beds continues to fall, very slowly: in the ward it is 9.14% and the ICUs 20.1%.

It is foreseeable that in the coming days, as infections continue to rise, this evolution will also change for the worse. But Fernando Simón, the director of the Center for the Coordination of Health Alerts and Emergencies, already warned on Thursday that it is not clear how this rebound will affect hospital care, since it is not yet known which age groups it is affecting.

What is clear is that the negative trend is consolidating. With 11,815 new diagnoses on Friday, the curve is rising little by little because, said Simón, of the relaxation of the measures and the Christmas crowds. The contagions of the Constitution Bridge are probably already being noticed in the statistics. There is still no rebound in deaths, which also continue to fall. Health added 149 deaths to the statistics on Friday. This is the last indicator to rise, after that of hospitals and ICUs. This week there have been 1,302 deaths and it is the third consecutive fall.