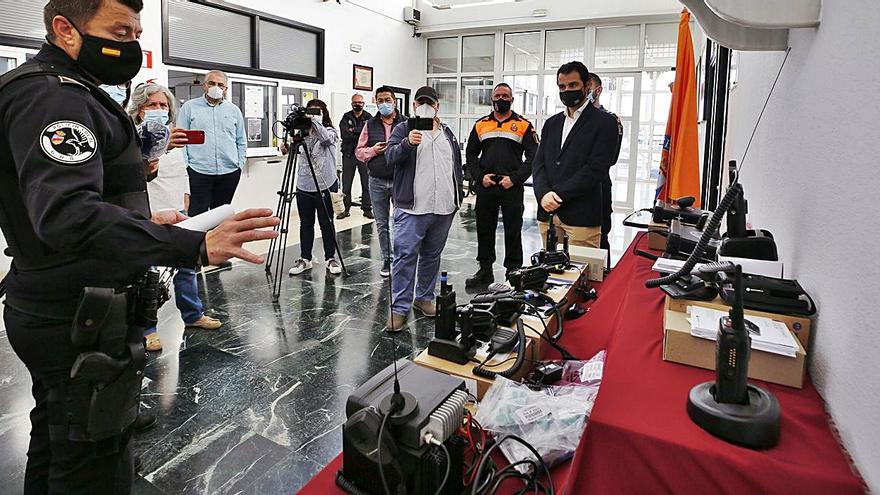 Communications between agents have until very recently been more typical of the end of the last century. With Analog walkie talkies very permeable to the curiosity of fans and also to those who would like to have details of the agents ‘activity, in a city that is not characterized by the tranquility of the agents’ daily work. They also suffered from ongoing interference problems, especially in their trips to La Mata and the border with Orihuela Costa. The policemen knew to what extent their communications were vulnerable, so when something relevant really happened they used their mobile. And that all the security forces, firefighters, emergencies and ambulances more than a decade ago they switched to the digital system “tetra”. An encrypted technology in which intrusions are also identified – and also by GPS location to those who try to get a piece of equipment -.

It is an important advance in the Torrevieja Police. But the most important thing is missing. That there are enough agents to go out with the teams. And that is not served by the Torrevieja Local Police. The contract includes a four-year lease, with a fifth year of maintenance at zero cost. The City Council has an option to purchase all the equipment for a residual value of 2,900 euros. After that payment, all teams would become municipal ownership. Of the 275 terminals, 200 are intended for Local Police officers, but the workforce has decreased in recent times to just under 150, including the controls. In this sense, Mayor Eduardo Dolón (PP), who also plans to present the new fleet of vehicles shortly, assured that the municipality wants to incorporate 30 agents in 2021. It will not be easy: none of the 17 places offered in commission This year’s service has been covered and the central administration has not limited the proposals for the creation of new public employment positions for years.

It was the headquarters of the Local Police yesterday that hosted the presentation of the renewal of telecommunications with this acquisition of the latest generation Motorola equipment. And that it will be integrated into the Comdes Network – Mobile Digital Emergency and Security Communications – of the Generalitat, which also assumes the maintenance and installation of repeaters – three in Torrevieja -. A communications mesh that uses the European standard «Tetra», which is reserved for Police and Emergency Corps. The equipment – supplied by the company Teditronic – has a data query system from the General Directorate of Traffic in real time and another that alerts so that in an emergency an agent can block all communication channels and their alert message can be heard by all service agents. Something more useful than it might seem in Torrevieja.