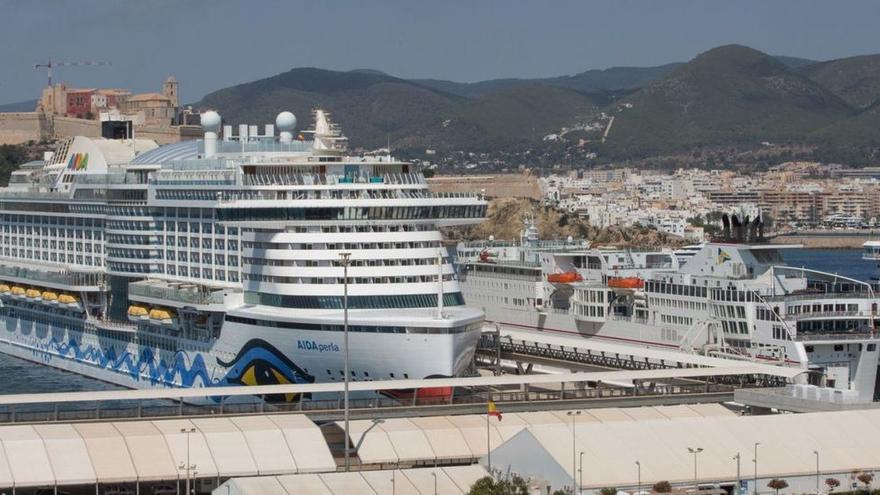 In its report, which is not binding, the Balearic Environment Commission considers that, given the risk of fuel spill and other damages caused to the environment, actions must be coordinated between the State, the community and the local administrations of the island “aimed at reducing maritime frequencies between the Pitiusas”, a demand that has also been filed by the Council of Formentera to the Balearic Government. Environment also asks the central government to “reduce” the berthing of regular line vessels, shipping companies and cruise ships in the ports of Ibiza and La Savina.

In its justification, the Balearic environmental body argues that, although the cause of the damage to natural resources must respond for them and repair them, the dependence of the Pitiusas on their natural environment, either as Tourist claim or natural heritage, “any episode of accidental contamination [dada la cantidad de toneladas de combustible de estas embarcaciones] it would have very serious effects for the activity of the two islands and of course for the Natural Park and the Marine Reserve “.

Thus, it is proposed that the Maritime Space Management Plan order and regulate the activities and relevant uses of port spaces based on “the potential of each area, as well as its carrying capacity and its environmental status.” With this, it is proposed limit the number of cruises that can be found in a destination, its size or other measures to “minimize the impact of this activity.”

In this sense, the environmental body of the community warns that, in the case of the Pitiusas, “the aptitude of this maritime space in relation to maritime transport and activities related to leisure and boat tourism has already been exceeded. “. In fact, the plan being processed by the State points out that the demarcation of the Levantine-Balearic area shows “high densities of ships at various points,” including “the route that connects Ibiza with Formentera”. In addition, the data used are from 2016, when the Balearic Islands warn that from that year, at least until 2019, before the health crisis, “the annual evolution of the activity [del tráfico marítimo entre las Pitiusas] it has increased”.

Also Read  MICROWAVE RECIPES | Thanksgiving: How to Make Pumpkin Shortbread in the Microwave

The report of the Balearic Environment Commission on the Maritime Spatial Planning Plan being processed by the State also warns that measures must be taken to avoid eutrophication problems (excess nutrients in the water) on the port of Ibiza and in s’Estany Pudent, in Formentera, due to «human pressure and its degree of confinement.

Specifically, the Environment calls for priority to be given to investing resources to reduce the entry of nutrients into the coastline produced by human activity because it is “more effective to act at the source of the contribution of matter.”

In this sense, the Government technicians assure that “the serious case of the Mar Menor” warns about “the environmental and economic consequences of ignoring repeated warnings about the lack of effective actions in the face of problems associated with excess nutrients.” Most of the coastal bays of the islands are considered sensitive areas.