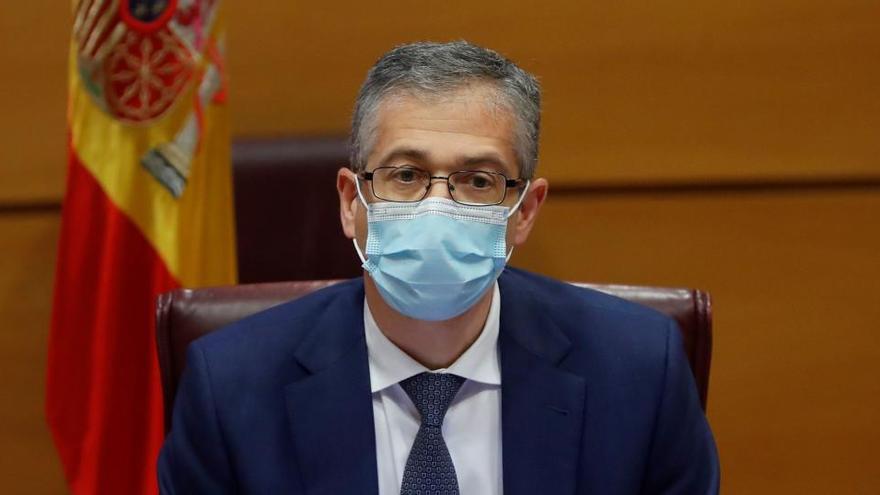 The Governor of the Bank of Spain, Pablo Hernández de Cos, has warned that there will be companies that have to make partial or total workforce adjustments before the new consumer characteristics, and has urged to allow them to do so as soon as possible.

“It must be recognized that there are structural changes in the demand for products and sectors in which in some cases it is counterproductive to resort to ERTE, and some companies will need to adjust partially or totally and They must be allowed to make this adjustment with the mechanisms of labor legislation“, he said during his appearance in the Senate Budget Committee.

Hernández de Cos has added that the adjustment of templates to the new consumer realities must occur quickly, since “we know that the slowness in this reallocation process is also a problem for the economy“.

It has also indicated that it is not necessary to rule out the extension again of the ERTE beyond the scheduled date and has specified that determining how many ERTEs are actually going to be temporary and how many will end up in unemployment “will obviously depend on the macroeconomic evolution of the coming months.”

The governor has called for “courage” to address with new measures the problem of the duality of the labor market and has insisted that “you have to risk” because “paralysis is not an alternative”, while recalling that long-term unemployment is a persistent phenomenon in Spain.

The governor of the Bank of Spain has called for an analysis of the possible effects on employment and productivity of the four-day working day before its adoption.

During his appearance before the Senate Budget Committee on the occasion of the processing of the 2021 budget project, Hernández de Cos wanted to be “prudent” before an initiative of which he does not know the details.

Still, he has pointed out that “It would require a very rigorous analysis before making a decision” of this type, in particular due to its effect on employment, since various studies indicate that it depends on whether the reduction in hours worked translates into a reduction in labor costs, that is, the employee’s salary.

Likewise, it has also urged to evaluate “the impact on productivity”, which is the most important variable for long-term economic growth.

In addition, Hernández de Cos, has indicated that the distribution of vaccines andn the next few months it will allow the gradual lifting of the restriction measures that weigh down the economy but warns that it will not be “abrupt”.

Hernández de Cos, who closes this Friday the appearances on the General State Budgets of 2021 in the Parliamentary Committee of the Senate, has insisted that the effects of vaccines will take time to arrive.

It has reiterated that in a baseline scenario of GDP growth of 6.8% by 2021 certain uncertainties weigh such as the evolution of the vaccine and he has warned that “the severity of the containment measures will remain in the first quarter.”

“The distribution of vaccines will allow the removal of containment measures, but not abruptly,” he stressed after reiterating that the effects of the pandemic will be “relatively persistent” and there will be no recovery until 2023.

“The discovery of vaccines and their eventual distribution to the population they provide a time horizon during which economic policy must continue to be very strong “, adds the Bank of Spain.

This organism considers that in the sanitary front, the fight against the disease continues constituting, obviously, a priority objective, which may require continuing to adapt the capacity of the health system to mitigate the effects of the second wave and to manage possible additional outbreaks.

In addition, he points out, the necessary mechanisms must be put in place so that, once the health authorities approve the use of vaccines, its distribution can be executed quickly and efficiently.

Hernández de Cos also recalled that the deficit will remain high in 2021 and will stand at 7.7% of GDP while it has indicated that the recovery of inflation will also be slow next year, with rates close to 0.6%.

Above all this has affected that the “priority is to maintain aid to households and companies as long as there is no solid recovery in activity. ”

In any case, he pointed out, the impact of the second wave of the pandemic is being less than that observed in the first.

On the other hand, it has valued the ECB’s decision to increase the maximum volume of net purchases by 500,000 million euros and extend it until March 2022 since it has argued that this program is “crucial to maintain favorable financial conditions” and above all to give fiscal space to countries like Spain, with a high debt and high deficit.

The governor has insisted that the budget’s macroeconomic forecasts on income and on GDP growth by 2021 they are in the “most optimistic” band of the estimate that the Bank of Spain does and has affected that the impact of European funds on activity will be 1.3 points, half of what the Executive expects.

He alluded to the importance of these plans being executed efficiently and promptly since “if the projects are executed at the end of the year the impact will not carry over to 2021 but to the following year. “