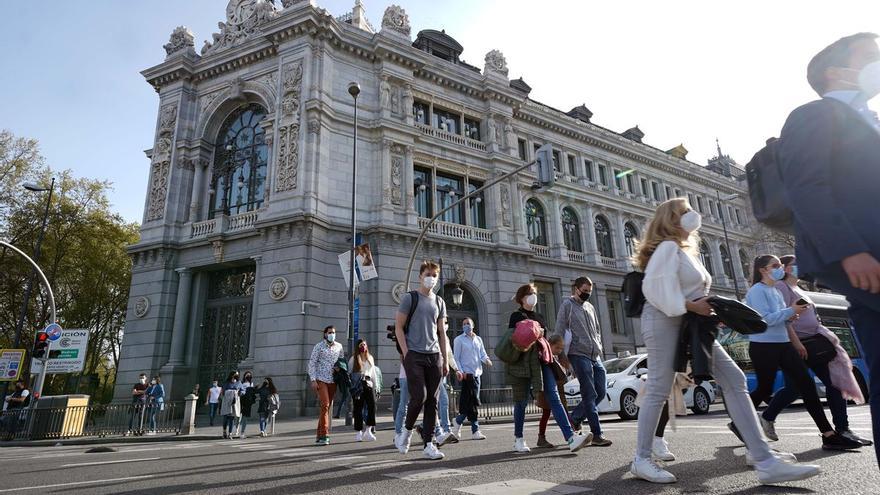 The Bank of Spain raises correcting the temporary worker inequality with a mixed system that combines the cut in half the cost for dismissal with the establishment of an individual capitalization fund nurtured by companies, but implemented with the help of the State and European funds.

It is not the first time that the Bank of Spain has suggested the implementation of the so-called “Austrian backpack”, already raised in the 2010 socialist labor reform, but this time it calculates the hypothetical cost of implementation, higher than 9,000 million euros, and proposes that the State finance about 8,000 million with at least partial charge to European funds .

The entity’s annual report, published this Thursday, reviews the structural challenges facing the economy after the Covid-19 pandemic, among which it places the correction of the gap in the level of protection of workers with a temporary contract and those with permanent contract.

Notes that temporary workers, including more vulnerable groups such as young people or workers with less training, have borne “disproportionately” job destruction during the last decades because their dismissal is cheaper, a pattern that has also been observed in the current crisis.

To solve this, the Bank of Spain talks about different options, such as the single contract with increasing dismissal cost, but analyzes in detail the Austrian model because it considers it to be less unequal, encourages mobility, does not generate liquidity tensions for companies and transfers dismissal decisions to issues of efficiency and not of costs.

The entity states that companies would contribute to the individual fund of each worker 6 days per year worked, an amount that would be deducted from the severance pay to be paid by the employer in the event of dismissal.

The worker could make use of the money accumulated in the fund in case of dismissal, for training or for retirement.

The calculation model -which takes data from 2013 to 2016- assumes a 50% reduction in the current costs of dismissal and termination of the contract, but maintaining the compensation rights that workers would have accumulated before the reform, which gives rise to to an extra cost for its implementation in four years of 9,000 million.

To cover that gap, he proposes that the State finance in a decreasing way for five years the business contributions: 5 days per year worked the first year, 4 days the second year, 3 days the third year, 2 days the fourth year and 1 day the fifth year, with a total cost of 8,660 million.

The Bank of Spain acknowledges that its approach has “some limitations”, since the data used are from a period of economic recovery and because the companies with the most layoffs could be relatively favored.

In addition, it points out that with this system, companies could be more likely to lay off when the cost is reduced, compared to what a system of bonuses and penalties on Social Security contributions (bonus-malus) raises depending on whether the turnover is lower or higher labor in each company.

The report also analyzes the impact of the Covid-19 crisis on the productive sectors, which has caused a moderate increase in the proportion of companies at risk of being unviable and of those with over-indebtedness problems but viable.

The entity’s calculations point to an increase in companies at risk of being unviable as a result of the crisis of between 2 and 3 percentage points, depending on how economic activity evolves.

The increase is greater, between 3 and 4.7 percentage points, for companies that, even though they are viable, would be in a situation of over-indebtedness.

In the extreme case that in 2021 all the companies over-indebted by the crisis disappear, the loss of GDP would be between 0.8 and 1.3% in 2022 (the maximum impact would be reached one year after the shock).

If the liquidation of companies at risk of being unviable is added, the total impact on GDP would amount to a range of between 1.4% and 2.1%.

This effect on GDP would triple in the case of investment and quadruple for employment.

In this regard, it points out that debts with the Treasury and with Social Security are not exonerable, which is the main reason why micro-businesses and the self-employed hardly resort to bankruptcy.