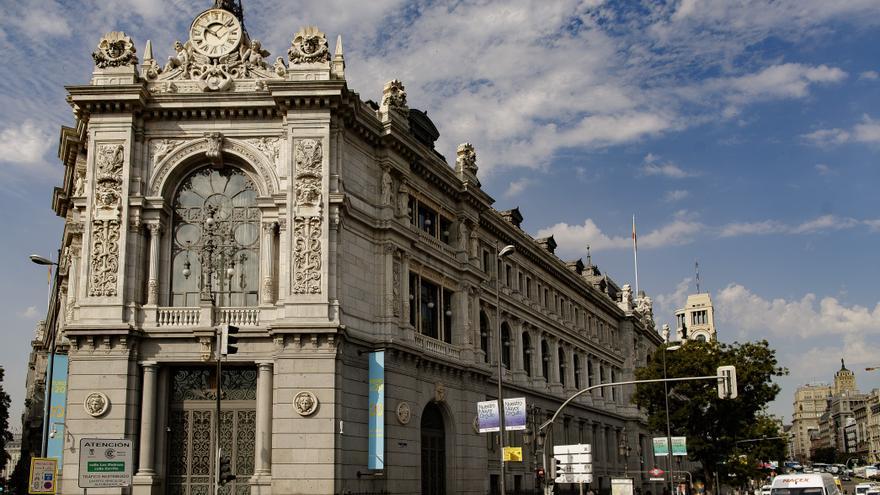 The Bank of Spain warns in an article on the evolution of temporary employment regulation files (ERTE) in the Covid crisis that This tool is losing effectiveness when it comes to facilitating workers’ return to employment, after having been very effective in the weeks after home confinement.

Thus, the institution points out that the return to effective employment in the third quarter of 2020 of workers who entered an ERTE in the second quarter was “very high”, since almost 70% of them returned to the activity, with 20% remaining in ERTE and the other 10% unemployed.

This reinstatement of workers in the temporary employment regulation file (ERTE) was also “much higher” than that observed among workers who lost their jobs in the second quarter without being covered by an ERTE.

Thus, while almost 70% of the workers who were in an ERTE in the second quarter returned to the activity in the third quarter, in the case of those who lost their job between April and June without entering ERTE, slightly less than 40% returned to activity a quarter later, which represents a difference of more than 30 points.

This gap, says the Bank of Spain, reflects a “high effectiveness of the ERTE in facilitating the return to employment after the confinement measures adopted in the spring”.

“Return to employment was much higher than that observed among workers who lost their jobs in the second quarter without being covered by an ERTE, which would reflect its proper functioning as a temporary adjustment mechanism for companies’ labor costs,” according to the Bank of Spain.

The institution points out that the high effectiveness of ERTE in the second quarter was generalized for all groups and sectors considered, since “the probability of returning to an effective employment situation was much higher among those affected by ERTE compared to the rest. of non-employees “.

Nevertheless, As of the fourth quarter, it is observed that the probability of those affected by an ERTE in the third quarter of returning to employment in the fourth quarter decreased “in a very appreciable way”, up to 32%.

The Bank of Spain has ensured that this decline would reflect the slowdown in the labor market recovery process observed at the end of the year, “associated with the rebound in the pandemic and the new restrictions approved.”

In addition, it has pointed out that the observed probability that someone affected by ERTE would return to employment a quarter later was somewhat lower than the probability that someone who had lost their job would do so. “This evolution could be reflecting the persistence of very low activity levels in some branches, as a consequence of the successive waves of the pandemic”, has added.

The “worst relative performance” of the ERTEs that started in the third quarter compared to those who became unemployed or inactive in that period, is shared by most of the groups, highlighting the lower effectiveness among women, young people and women. the group with the lowest level of training.

By branches of activity, the worsening was concentrated in construction, hospitality and commerce and in the other services, since they were “the branches most affected by the restrictions during that period.”

When analyzing the characteristics of unemployed or ERTE workers in both the second and third quarters, the Bank of Spain has found that the probability of returning to employment is “slightly higher” for young and old and those who have university studies.

The greater probability of returning to activity in the fourth quarter if the worker was in ERTE in the previous two quarters was the same in almost all branches, except in hospitality, commerce and other services, once again due to restrictions that were approved for these activities at the end of the year.

However, it points out that the differential probability of returning to effective employment a quarter later is greater in the case of workers in ERTE in the industry, “which is consistent with the more transitory nature of the impact of the restrictions on this branch.”

Regarding the effectiveness of ERTEs for those that began in the third quarter, according to the Bank of Spain, it is observed that the positive effects are no longer generalized and are concentrated in certain groups.

In fact, the ERTEs started in the third quarter were effective in increasing the probability of returning to employment only for men, those over 45 years of age, those with a permanent contract, with secondary studies, and whose branch of activity is transportation and communications.

Overall, the institution believes that the results obtained show a “high” effectiveness of the ERTE in facilitating the return to employment after the measures of confinement and limitations to the activity of many sectors in the second quarter of the year.

Nevertheless, sees “less conclusive” the results obtained in the case of ERTE started in the third quarter and it is plausible to think that the absence of differential effects in terms of the incorporation into effective employment of workers in ERTE in the third quarter compared to the unemployed or inactive is, “fundamentally, a reflection of the prolongation of the restrictions associated with the pandemic “.

In this line, it urges to focus the maintenance of aid to companies operating in the sectors most affected by the crisis until it is overcome and to link this protection more directly to the performance of training activities for affected workers, since these have so far been “relatively small”.

Finally, consider that the analysis must be kept up-to-date in the future to adapt protection schemes possible structural changes that require a displacement of workers to sectors or companies with better prospects in the post-pandemic scenario.