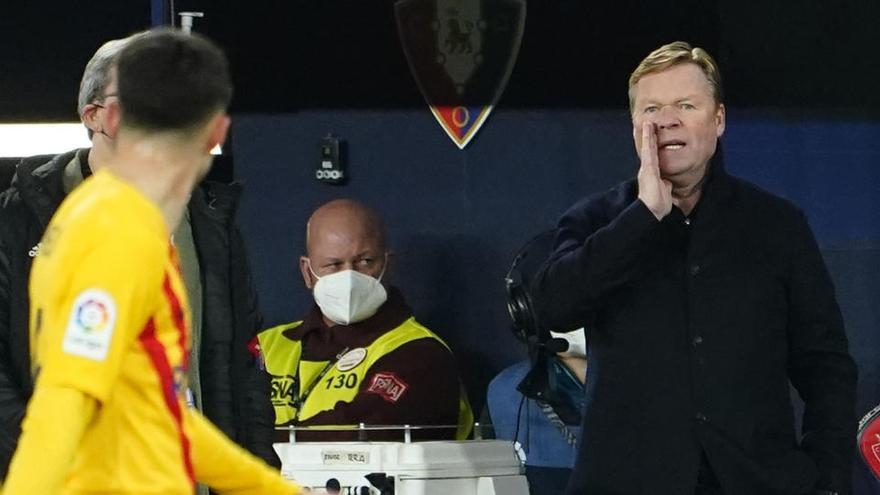 Never before Barcelona has managed to overcome such an unfavorable result as a visitor as the one that will have to overcome this Wednesday against Paris Saint-Germain (1-4) in the Parc des Princes to stay alive in europe.

Ronald Koeman’s team will have to be inspired by the epic he starred in 2017 with Luis Enrique on the bench against the same rival, but this time in their stadium, by overcoming the 4-0 they had brought from Paris with 6-1. But then Barça acted as a local and this time it will be time to emulate the feat away from their stadium, although without the presence of a rival public due to the coronavirus pandemic, in a Park of the Princes that celebrates a year without its fans.

The azulgranas, yes, they arrive with the Morale through the roof after the comeback in Copa del Rey against Sevilla last week and approaching 3 points of the league leadership, although Atlético de Madrid has one game less.

The team will count on its expedition with its new president, Joan Laporta, who won comfortably at the polls on Sunday and already visited the squad at the Ciutat Esportiva Joan Gamper on Monday. Once he was aware of his electoral triumph, Laporta, surrounded by his campaign team, shouted euphoric “let’s go to Paris to see if we can come back.”

Barça, what has not missed a quarter of the Champions League since the 2006/2007 season, will face the duel with two important losses in the defense, those of Gerard Piqué, with a sprain in the internal lateral ligament of his right knee, and the Uruguayan Ronald Araujo, who despite having trained with his teammates this Tuesday, does not form part of the trip. Neither do Sergi Roberto, Ansu Fati and Philipe Coutinho do it due to injury.

His rival will also lose weight, that of a Neymar that a month after his injury has not arrived in time to return And that in this way he will lose a round of 16 duel for the fifth time since he landed in Paris in 2017.

The Argentine coach of the French, Mauricio Pochettino, assured that there is no euphoria, and that your team will go out to win the duel, with the same or greater concentration with which they achieved such a favorable result in Barcelona, ​​which they will not take into account when facing the duel.

The atmosphere in Paris is more optimistic than ever, always with the ghost of the 2017 comeback in memory, but convinced that they have taken the necessary precautions not to stumble twice on the same stone. PSG appears more serene, confident that Kylian Mbappé scares a rival with very diminished defense and that his great performance in Barcelona supports that fear.

Pochettino, also maintains the doubt of the Argentine Ángel di María, who has just returned to the group after a month of absence. But the ex-Madridista was not in the first leg and his position, occupied in these games by the Spanish Pablo Sarabia, has been safe. Without two of their stars, PSG have won five of their six games, including the one played against Barcelona, ​​which makes the manager show his chest: the block in front of their individualities.

Pochettino also recovers full-back Florenzi, while attacker Moise Kean continues his quarantine after being tested positive for coronavirus. In the center of the field, the Argentine Paredes will once again be the key piece of the team, as he was in Barcelona, ​​while the coach will once again bet on his compatriot Icardi to set the Blaugrana defense.

Stadium: Park of the Princes of Paris