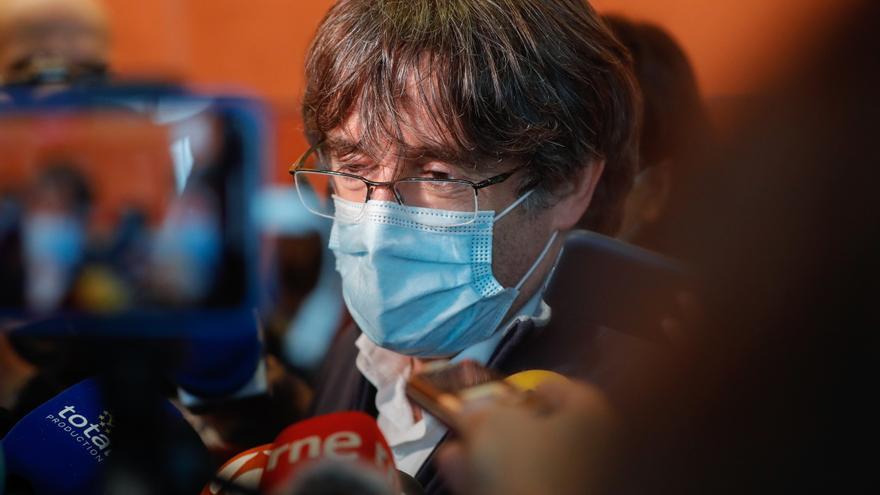 The Barcelona Court has endorsed the decision of the judge in the Volhov case to send members of the former identity to the National Court Carles Puigdemont and the “staff” that organized the 1-O before the indications that they integrated the “organizational structure” of Tsunami Democràtic.

In a car, to which Efe has had access, section 21 of the Audiencia de Barcelona dismisses the appeal filed by the defenses against the referral of the case to the National High Court, to which the Prosecutor’s Office joined because it considered that the judge’s decision lacked the “slightest factual and legal motivation.”

In a case that remains secret, the National Court has been investigating since 2019 for indications of terrorism the anonymous platform Tsunami Democràtic, which organized the main protests against the sentence to the leadership of the procés, including the occupation of the airport or the cut in the highway AP-7.

The judge in the Volhov case, who is investigating the alleged diversion of public funds to the environment of Puigdemont, decided last June to send six of those investigated to the National Court, concluding that they were part of the peak of the Tsunami.

These are three businessmen who are members of the “stat major” (staff) that organized on 1-O – the former clerk of ERC Xavier Vendrell, the former CDC leader David Madí and Oriol Soler, next to ERC-, as well as the historian Josep Lluís Alay, head of the Puigdemont office and confidant of the former identity, whom he accompanied when he was arrested in Germany in March 2018.

Also among those investigated by Tsunami are the Waterloo computer scientist Jaume Cabaní, whom the judge links to transfers of funds to Puigdemont through cryptocurrencies, and the ERC militant Marta Molina.

For the Audience of Barcelona, From the Volhov case, there are “enough indications” that some people investigated “are integrated into the organizational structure of Tsunami Democràtic and they would participate mainly in organized criminal activities aimed at the mobilization of the pro-independence social mass, at the service of the pursued purpose. ”

The court, which rules out that the right of the accused to a process with all the guarantees has been violated, recalls that Tsunami is being investigated for “allegedly promoting and carrying out multiple violent and coercive episodes” and that, given the “dimensions” of its activities, “required organization, planning, hierarchy, use of social networks and applications for devices.”

In this sense, it emphasizes that the crime of terrorism, which is the competence of the National High Court, encompasses both people who are members of armed gangs to carry out criminal acts, and those who “cooperate in them or provoke participation in them.”