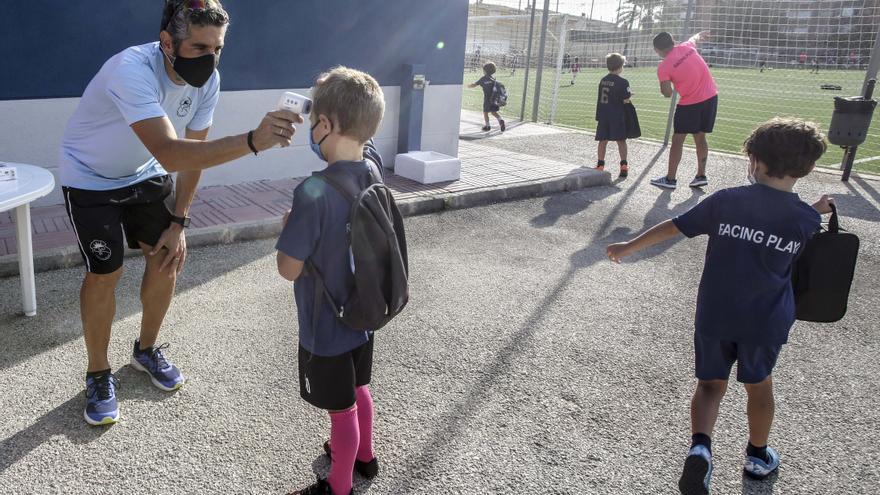 The main thing that the President of the Federation These are the numerous inconsistencies that the text contains regarding the decisions that the Generalitat itself has already taken since the beginning of the pandemic. “We no longer know what to expect. There is no criterion on which the measurements are based. Now the pavilions open, but its use is limited until 8 in the afternoon for all categories, when those who have been competing since the beginning of the season are being able to train and compete without any problem respecting the curfew. But as of Monday they will no longer be able to do so. Instead of relaxing measures, we have more and more restrictions “, explains Salvador Fabregat, who also cites as an example of inconsistency that competition is not allowed if players are forced to wear a mask:” before Christmas the Ministry itself He told us that the use of the mask in training was not going to be stipulated. In the Resolution they have changed their opinion and it is established as mandatory in closed facilities. Perfect. But then, if we are now wearing a mask and therefore we are protected, why are we not allowed to compete? Has no sense”

The president of the Federation also wanted to refer to the effort that all the clubs are making in these difficult moments for the sport and how the only reward they receive is to put more and more stones in the way: «The clubs are doing an extraordinary job, they have been able to keep their athletes active despite not being able to train. And now that the epidemiological situation has given us a break, that is when the worst measures for sport arrive. It is impossible not to see the discouragement in all those people who strive every day to keep their club going. What has sport done to be treated like this? It’s maddening.

In the case of Valencian Community Soccer Federation (FFCV), the suspension until April 12 of the First and Second regional, the autonomous categories of children, cadets and youth and all football 8 puts in serious danger the end of the competitions.

“We are a productive sector because behind football there are schools that are maintained with fees, coaches who charge for them, lockers, bars, transport companies … That must be taken into account, as one has to open the hospitality or the theaters “, assures the president of the FFCV, Salvador Gomar.

“Federated football has complied at all times with the instructions of the Generalitat Valenciana, voluntarily suspending competitions in solidarity with those affected by the pandemic. But that, instead of being awarded, seems to have penalized him. The FFCV will exhaust all legal arguments at its disposal to reverse this situation that causes unequal treatment between sport and other daily activities.

“The FFCV will claim, in its own name and that of all its affiliated clubs, damages and losses due to the Administration’s patrimonial responsibility until its ultimate consequences,” affirms the FFCV.

The Football Federation of the Valencian Community proposes observe a minute of silence and a sit-in at the start of each match as a sign of protest against the unfair and discriminatory decision of the Generalitat Valenciana to stop the competitions until April 12. The FFCV invites players, coaches, referees and clubs to support this initiative. This weekend the competitions of national category and those that give access to national category are disputed in the Valencian Community. The FFCV also asks the clubs to record video or take a photo of the protest and upload it to their social networks mentioning @FFCV_info and with the hashtags #JuguemSegurs and #VolemJugar / #QueremosJugar. In this way, the dissemination of the protest will multiply and the message will reach the Generalitat amplified, hoping that it reconsiders the decision to leave tens of thousands of boys and girls in the Valencian Community without parties, in addition to not allowing access to the public .