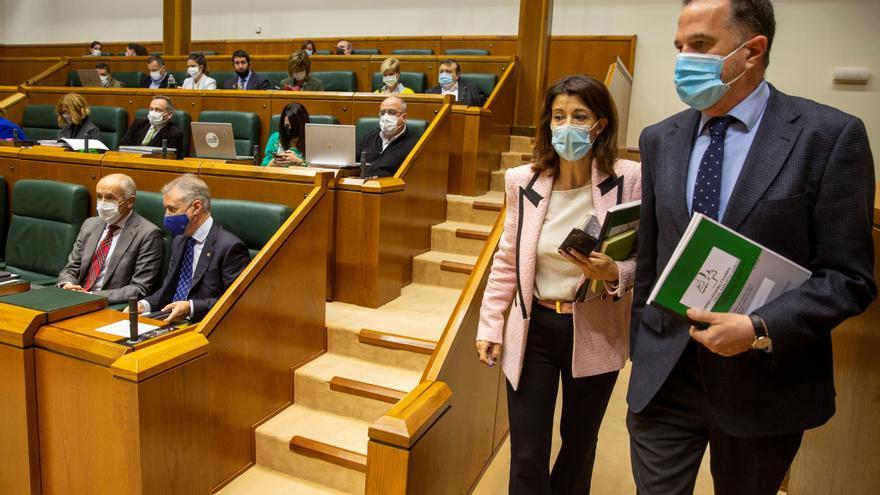 The lehendakari, Iñigo Urkullu, signs this Thursday the decree of declaration of Health emergency which will enter into force this Friday, the necessary step to activate the anti-pandemic law that empowers the Basque Government to implement restrictive measures in the face of the worsening of the evolution of covid-19.

The decision of the president Decreeing the Health Emergency has been taken before the Basque Executive has received full notification of the Supreme Court ruling whose ruling has endorsed the implementation of the COVID certificate in certain hotel establishments in the Basque Country, sources from the Basque Presidency have confirmed to Efe .

Pending this ruling from the Supreme Court, which agrees with the Basque Government against the resolution of the Superior Court of Justice of the Basque Country that denied this measure, the regional Executive has chosen to decree the Health Emergency to have the legal framework that allows you to make decisions.

Thus, the Health Emergency, which was deactivated on October 7, It will be operational again this Friday once the decree is published in the Official Gazette of the Basque Country.

On Friday afternoon, the Lehendakari, Iñigo Urkullu, will convene the Advisory Council of the Civil Protection Plan -LABI- to assess the situation, although the Basque Government has not confirmed whether any restrictive measure will be adopted in this forum.

The so-called Ley anti-pandemic It allows the Basque Government to limit capacity in the hotel industry, commerce and cultural events, as well as to prevent bar consumption in bars and limit the number of people per table in these places, among other measures

However, actions that limit fundamental rights such as mobility, which would prevent decreeing perimeter closures or establish curfews.

The lehendakari has already explained that he will wait to know in full the sentence of the Supreme Court that gives the reason to the Basque Government to demand the covid passport in nightlife establishments and in restaurants with more than 50 diners.

Urkullu wants to analyze this sentence in depth to see the exceptions that may exist or the future measures that can be adopted and not only those for which permission has been requested for that certificate of vaccination.

Today the lehendakari has advanced that he is also studying requesting the endorsement of the courts to be able to extend the obligation to show the covid passport to other spaces beyond the hospitality and nightlife, although it has not clarified which ones.

He also pointed out that, given the spread of the virus, Basque institutions “are going to adopt new measures for the prevention and protection of personal public health” that will be “proportionate, suitable measures and adequate measures”.

And he has asked citizens to avoid the celebration of parties in the face of the December bridge, to travel as little as possible or to do so safely, not to train crowds and that they wear the mask at all times, whether indoors or outdoors.

The Health Emergency thus comes into force at a time when the cumulative incidence in Euskadi per 100,000 inhabitants in 14 days has skyrocketed to 577 cases and the number of critical patients in hospitals has exceeded the barrier of 50 with 55 being admitted to the ucis.

In addition, in the last three days the infections detected far exceed one thousand a day and the rate of positivity it has not dropped below 10%.