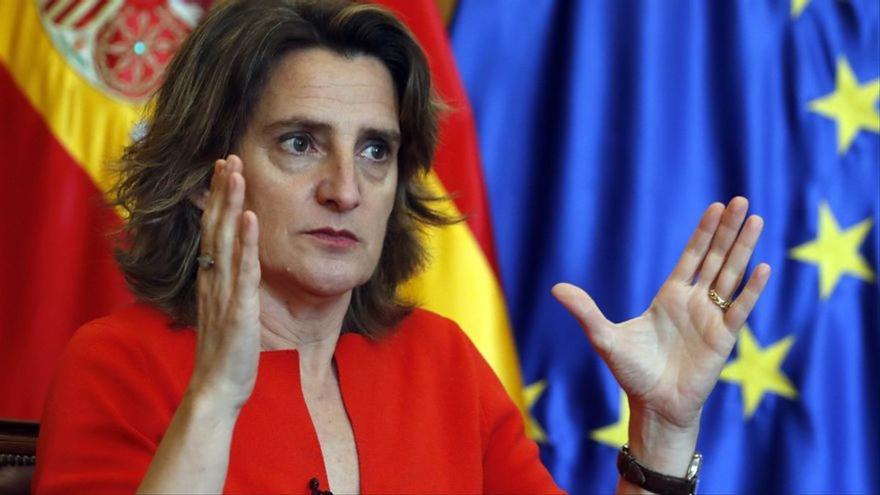 The Tajo-Segura transfer was inaugurated in 1979. Ana Perea, wife of the president of the Hydrographic Confederation, sponsored the aqueduct by throwing a bottle of champagne against the concrete of the Talave. We do not know if the bottle broke or not, the fact is that like the Titanic, it seems jinxed. The transfer, 40 years later, continues to carry a curse, contains an entrenched conflict that, unresolved, makes it possible for the aqueduct to be the protagonist and the origin of the so-called “water wars”. Already put, they could have looked for another expression to indicate the hydric differences between communities. Using the word “war” does not exactly bring the generosity, empathy and solidarity that this conflict so badly needs so that once and for all it ceases to be so. The first shipment of water from the Tagus River to the Segura basin was on March 31 of the same year it was inaugurated.

In 1979 my father, son, grandson, great-grandson… of farmers had been working every inch of the irrigated land he inherited from his parents for more than forty years, nestled in the heart of the Vega Baja. Before the transfer, the irrigators of the south of Alicante knew that, from Orihuela, where the water joins the orchard and through ditches, arrobas, brazales, gutters and licks, punctually every 24 days the precious liquid reached the terraces where the vegetables and citrus fruits were waiting for her already thirsty. They are known as batches. Established since the beginning of the 18th century and supervised by the trustees, the batches continue to be the way to ensure an equitable distribution of the waters coming from the river. For my father and his neighbors, knowing that they had irrigation water every month gave them peace of mind and they could plan their two and even three annual harvests that their fertile lands, with enough water, were capable of producing. Everyone who cultivated the land knew what to expect from the river. The amounts of rains, where they fell, the form of precipitation and the cleanliness of the different irrigation channels gave them a fairly approximate idea of ​​the quantity and quality of water in each batch.

But since that March 31 at the end of the seventies, when the first waters came from the Tagus to the Azud de Ojos, in Murcia, everything changed. What at first was conceived as a relief to the water problems of the Vega Baja due to the lack of rain, soon became a nightmare. Nightmares and misunderstandings that led to a series of conflicts that led to the first “water wars”. Problems, conflicts that today remain unsolved and that continue to fill the electoral programs of any political party. Many farmers knew that part of the transferred water would be used to transform rainfed land into irrigated land. And if they did not know, they soon found out when they had to compete on price with the large-scale harvests that were being carried out in large areas, formerly “secarrales”, that proliferated in the fields of Cartagena and Almería. By the way, it was the golden age of middlemen.

With the passage of time, little by little, the Segura basin, “the tap of its fertile plain”, was running dry. Batches arrived without a drop of water, “relief irrigations” had to be improvised with almost rotten waters with high salt content, many crops were lost. The times came when the same farmer had to pay to have his lemons and oranges collected, scarce and small due to the lack of water. It was the only way the next harvest, with luck and water, would be better. Those same citrus fruits were later found in the markets at insulting and outrageous prices. Thus, year after year the farmers of the lower Segura, already aware that a good part of the water that corresponded to them by right was being sold, lost their faith in the batches. They were unpredictable, full of uncertainty and sometimes, many times, they did not arrive. Many abandoned their land, or cultivated it badly. They had to look for another type of work, like the ones that Elche and its flourishing shoe industry offered at that time. Those who remained, no longer generational change, and not knowing what to expect from their Segura river, were forced to turn their heads towards the sky. They took charge of and enslaved the good and bad things of the weather to carry out their crops. It had to rain, but if it was in excess, bad, and be careful with the floods caused by the river, which is not used to carrying water. If it didn’t rain worse. If it hailed, a disaster, and if it froze at night, a ruin.

Who can be surprised now that the grandparents, “the old farmers” who continue to manage their land, feel proud that their daughters, sons and grandsons have found work accommodations far removed from agriculture. The few farmers who continue their agricultural work are fed up and disappointed. To them that they do not come with “milongas” and lies every time there are elections. They are tired of politicians using them in their “particular wars.” For farmers, if we have to talk about struggles or fights in which they handle themselves best, of which they are most proud, is the one they engage in year after year with their beloved farmlands in order to extract the best of them. And although the price is to irrigate every inch of the fertile lands of the Vega Baja with blood, sweat and tears, it is a cost that they are very used to paying and they do so generously and selflessly.

By the way, it seems that the ultimate intention of Teresa Ribera with the increase in the ecological flow is to dilute the pollution that is spilled in Madrid so that the Portuguese can enjoy a half decent water. In other words, the poor management of polluting waste in Madrid has the consequence of ruining agriculture in the south of Alicante and Murcia. And now, come and explain that to my neighbors who continue to work their land. They will take care of them, they would even prepare a good “snack” for them. They will be orchards, but with good manners and hospitality they are well served. But I can tell you that the ins and outs, the lies and the shady issues of the politicians, whatever their color, the farmers of this valley no longer care. So many and so many disappointments and broken promises have made his credibility in politics and politicians null. They will not believe them, even if they tell them singing and dancing. On second thought, don’t come, better leave them alone. They always have a lot of work and do not have time for incoherent verbiage full of falsehoods and ulterior motives. And now that rain is threatening, he has to collect the “grass from the field” to prevent it from getting wet.