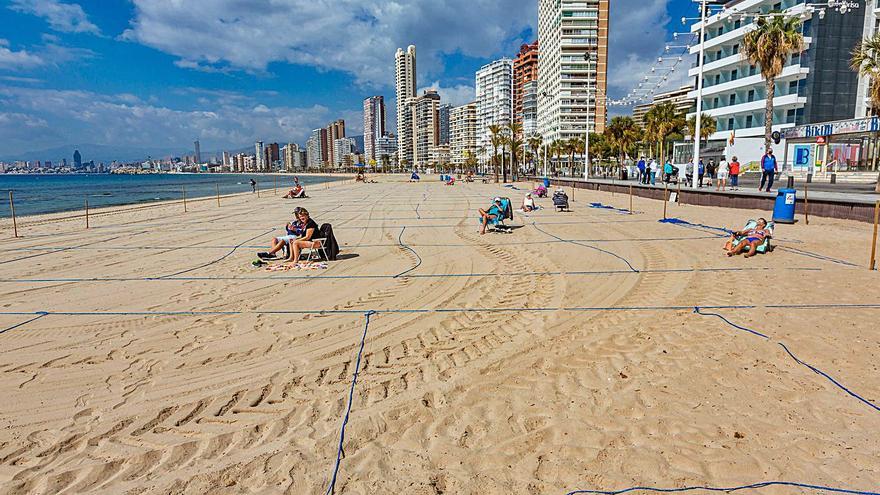 The Consistory has already decided to suspend these beach services for the month of March and April due to the health situation and the restrictive measures that, among other issues, keep the municipality with hardly any tourists and only receiving visits from those who live in the Valencian Community. A question that he approved in the February plenary session and that he raised earlier this year. Now, this measure will be extended to the month of May since the situation has not changed.

This was confirmed yesterday by the Councilor for Beaches, Monica Gomez, who explained that this proposal will be taken to the plenary session next Monday where the suspension based on the “safe beaches” model will be voted on again. Therefore, the rental of sunbeds and umbrellas will not be available, at least, until June. Although the City Council will have to re-plan these services when that date arrives, in which predictably the organization of all the beaches for the summer season will be considered. After collecting the relevant technical reports, “we have decided to set the services for May now and determine later those to be provided in June and summer”, with a view to the “expected reactivation of mobility and tourist activity.”

Because the city hopes to be able to return to a certain normalcy when restrictions are lifted. The services of the beaches “will be modulated according to the demand and use of the same”, always under the premise of the “sanitary security, guaranteeing the capacity and the physical distance and assuring at the same time the enjoyment of all the users ».

While, the beaches are only full of nets that mark the plots of 16 square meters (4×4 meters) to ensure physical distance; a surveillance and rescue service made up of 19 personnel and with a boat and ambulance; as well as a cleaning device at the foot of beaches and coves in morning and afternoon shifts, complementing the usual night service.

It should be remembered that with the suspension of the hammocks and umbrellas, the concession company of the beaches of Benidorm, RA, you only invoice the City Council for the cleaning and lifeguard services currently provided. However, according to the sources consulted, about 200,000 euros will be paid for this service. In addition, the placement of networks involves an expense of about 15,000 euros.

The project «Benidorm Beach Safety»Was implemented in June 2020 after the reopening of the Benidorm beaches. With him, it was decided to divide the beaches for the influx of tourists in high season and peaks of more than 43,500 people were reached in one day in August. Thus, the Levante beach worked during the busiest months with an appointment system through an «app» and by ticket office. Those quadrant-like nets returned to the beaches last March and will continue for the next few months to ensure safety.