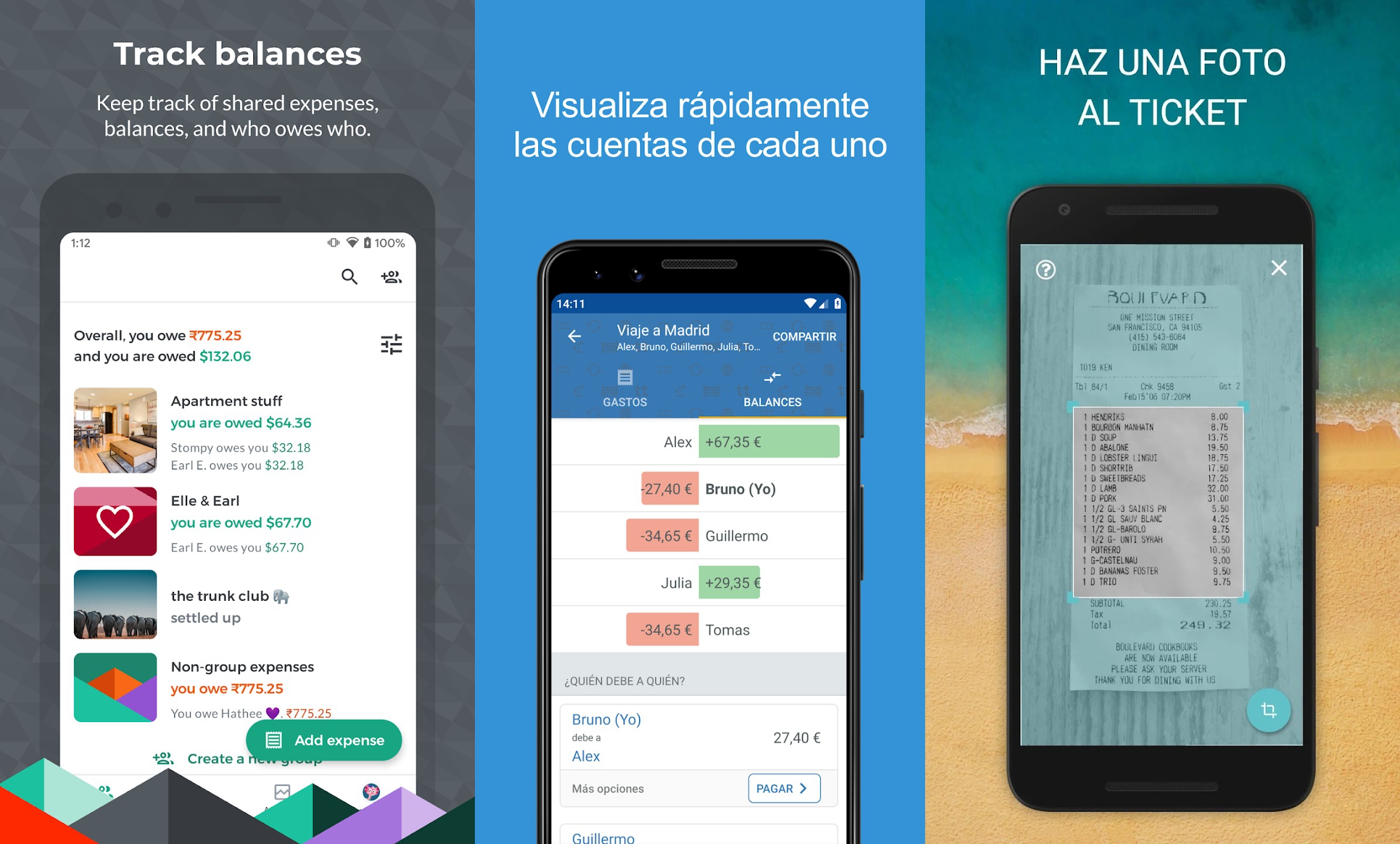 The time has come to plan trips, but if you are worried about payments, it is best to install one of these applications with which you can manage expenses during vacations with friends.

Summer is here and with its arrival the ban has been opened for getaways both with couples and with friends or even with the family. These moments of happiness, tranquility and connection are clouded when calculating the expenses of different sections such as food, fuel or accommodation.

It is almost inevitable that conversations escalate into arguments, and in fact, this ends up being common in these situations. Luckily, technology provides us with applications that make it easier to calculate expenses and, of course, the debt that each person has been acquiring throughout these days..

We have selected seven applications for Android phones, although many of them also have a version for iOS phones. These applications are safe since they are used to do the accounts and know the expenses, the debtors and the people who have to receive the payments. They are not made to send and receive money.

The first app on this list could not be other than Splitwise. It may be the best known of all on this list. The operation of this application is quite basic, a joint expense is created, each person enters the purchases or common payments that they have made and when the trip ends, a list of the people who have to pay is generated and, most importantly, a list of the people who are to receive the payments. Direct link to the Google app store.

Also Read  VRR technology (finally) comes to PlayStation 5: how it will make a difference and what we need to enjoy it

Tricount is the next app on the list and it works quite similar to the previous one, but it is less complex and has fewer options than Splitwise. In it you can add the different expenses made by each person, see the general balance that has been generated and after this check both the payments and the debts between all the participants that are inside. Direct link to the Google app store.

This application, unlike the previous two, is designed to divide the bill that is generated after going out to eat and, therefore, has a more specific use at a general level. In fact, it may be best suited for occasional hangouts with friends and also when you’re on the road. and some pay for a day’s food, while later other people take care of dinner. You can even upload a photo of the ticket. Direct link to the Google app store.

Goodbudget is an application designed to manage day-to-day expenses in a much deeper way. It is also used for vacation periods, although in these cases the period must be longer than a couple of days, otherwise it is best to use one of the previous applications. Of course, it can also be used to improve money management on a personal level. Direct link to the Google app store.

Mint works exactly the same as the previous app. It is powerful at a general management level and, therefore, can be used to manage the different expenses that are made on a day-to-day basis in a home or in a lifestyle. In fact, it works quite well at that level. The design may be much more attractive than the one we mentioned a few lines ago, but at a general level the operation is the same. Direct link to the Google app store.

Also Read  There are handheld printers capable of printing on any surface and orientation. how they work

Monefy goes a step further in terms of the previous three applications and a deeper management can be done since it has an interface where at a first glance you can see the general expenses of the month. Although it is intended for general expenses on a personal level, it can also be used to control how expenses work in a shared home. Direct link to the Google app store.

Accounting record would work as a journal of expenses, in addition to having a section similar to the previous one in terms of the distribution of expenses. But the interesting thing is that it has a section in which you can upload photos of expenses, such as a dinner ticket or a photo of the shopping cart along with its corresponding receipt.. It is quite interesting for stays in rural houses or similar. Direct link to the Google app store.