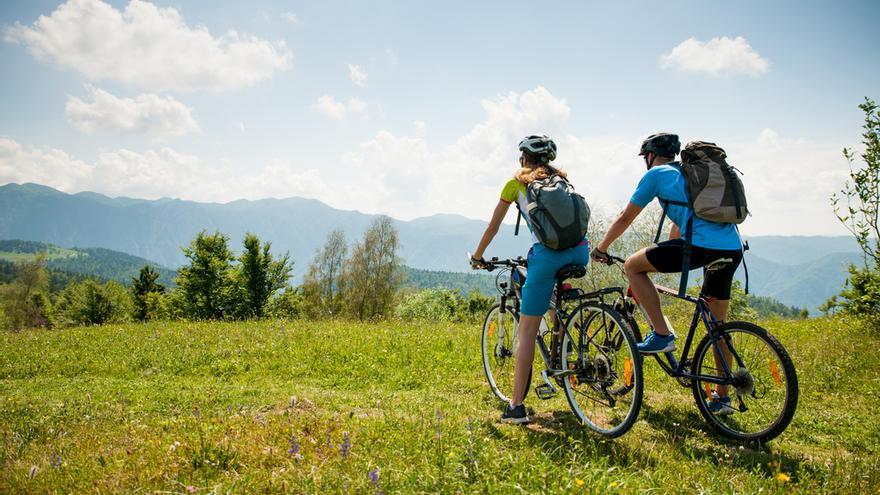 The tourism faces hopeful the arrival of the campaign of summer. The advance of vaccination and the end of the restrictions imposed by the coronavirus pandemic augur a substantial improvement over the fateful 2020, which was a real drama for the sector.

Many Spaniards will start their vacations in the coming weeks and national tourism is consolidating itself as the preferred option for the majority. One of the trends that is being imposed the most is bicycle tourism. And, one of those things that the pandemic has brought us has been the revitalization of the connection between human beings and nature. As a result, the bicycle gained a great role in the last year and thousands of people took to the roads to pedal.

According to the Association of Brands and Bicycles of Spain (AMBE) During 2020, more than 1.5 million bikes were sold, a record figure, with an also historic increase compared to 2019: 24.1% more.

Evolution of the purchase of bicycles in Spain RG

Everything indicates that the phenomenon unleashed in 2020 will continue in 2021 and from Conbici, state coordinator for the defense of the bicycle, are convinced of this. “This is going to be the summer of cycling. A large wave of users is expected to be comparable or even greater than that which emerged at the time of Perico Delgado and Miguel Induráin at the beginning of the 90 ”, he assures Joan Calvera, coordinator of the Conbici cycling area.

Blanca Hernández and Óscar Tamayo They decided in 2017 to put aside a stable life without major shocks to embark on an adventure on wheels. With no previous experience, they took their bikes, some saddlebags and a tent in order to cross Africa and share your experiences through social media, on his channel Vivir en Ruta, and later, translate them black on white in his book ‘Never snow in the desert’. “When you travel by bike you are totally in contact with the elements of nature. The moment the wind blows, you perceive it and you have to adapt to it. The same happens when it rains, when it is very hot or when the sun goes down ”, explains Tamayo.

So does Joan Calvera, who states that when traveling by bicycle, unlike what happens when traveling by car, the territory is better known and the details of the landscape are appreciated. “In cycling, the reward is the trip, not the destination”, sentence.

In Spain there are countless routes and routes to travel safely with the bicycle, however, as Calvera maintains, it is essential to choose an appropriate route depending on the level of the cyclist and he recommends consulting official pages: “Care must be taken with route websites, which normally do not have a defined criterion and not all runners are the same ”.

“In our country we have a network of Eurovelo routes, which are itineraries for cyclists who are very well prepared at a European level. Afterwards, we can find many greenways, that they are old train routes that have been recycled and, also, there are many County Councils or Provincial Councils they have adapted some routes ”, he explains.

Among those official routes we can find the following:

The Black-Eyes Greenway runs between Teruel town of Ojos Negros and the municipality of Sagunto, located in the province of Valencia. Their 167.5 kilometers in length, divided into two sections, make this route the longest Greenway in Spain.

The first section of the route follows the Sierra Menera mining railway line and the second descends from the Barracas plateau, at the foot of the Sierra de Javalambre, to the rich Valencian orchards on the shores of the Mediterranean. This road, with a mixed pavement of asphalt and compacted gravel, is affordable for almost anyone.

If a longer route is preferred, The pilgrims’ route It may be ideal for those who do not have much experience, but are looking for an adventure of several days. The road, which mainly follows in the footsteps of French Way of Santiago, is presented as a great way to start cycling. This journey, which it crosses Navarra, La Rioja, Castilla y León and Galicia, allows you to enjoy an enormous cultural wealth and majestic landscapes.

In addition, being located in the north of Spain, the temperature is more comfortable for the practice of sport and managing fatigue becomes a little easier task. The route, very varied, starts from the leafy Navarrese Pyrenees, to go down to the Ebro river and then to enter the extensive agricultural plains of the so-called “Tierra de Campos” in Castilian Leon. Then, it reaches the mountains of Bierzo in León to conclude in the Galician forests that lead to Santiago de Compostela.

Eurovelo 8: Route between Cádiz and Murcia

Another option that Eurovelo offers us is to travel the coast between Cádiz and the Province of Murcia, a journey full of contrasts. Road users will be able to enjoy virgin beaches, steep cliffs, marshes full of life and natural spaces with diverse ecosystems.

Although it is advisable to pay attention to the heat, this route, which allows you to know cities and towns with a rich cultural and gastronomic heritage, can be done at any time of the year.

Another very interesting option is to cross the Iberian Peninsula from north to south. Starting from Gijón, the Silver Route passes, on a north-south axis of more than 800 kilometers, through Asturias, Castilla y León and Extremadura to end in Seville.

The route, a tourist itinerary based on a Roman road whose origin dates back to prehistoric times, discovers an environment with numerous historical, natural, cultural and gastronomic attractions in the country. In addition, during the tour, you will find all kinds of impressive terrain: mountain passes, exuberant nature, beautiful valleys, spectacular meadows and charming towns and cities.

The Transpirenaica It is an ideal route to enter the spectacular mountains of the Pyrenees. Departing from Hondarribia, in the Basque Country, you advance towards the east until you reach Cabo de Creus, in Girona. It is a route of about 800 kilometers especially magical for lovers of mountainous landscapes.

Approved as a Long Distance Path –the GR 11– in 1985, countless hikers and cyclists from all over the world have crossed this spectacular route that runs through the Basque Country, Navarra, Aragon, Andorra and Catalonia.

In addition to making sure before starting the trip that the route to be followed has not changed, is in optimal condition and adjusts to our level, from Conbici they point out some essential aspects to avoid bad experiences:

It is essential to carry the tools to solve some simple breakdowns. ShutterStock

For his part, Óscar Tamayo (Living on the road) emphasizes the importance of maintaining a flexible approach: “When you travel by bike, many things happen and if you want to stick to a plan, you will be constantly fighting against yourself and that will it can be frustrating ”. Hernández, for his part, adds the importance of do not be afraid of obstacles that are on the road, because in the end “little by little any slope is climbed, no matter how uneven it may be.”

Finally, the couple that make up Vivir en ruta recognizes the value of observing and learning from other people with more experience in cycling, but without forgetting that what is truly essential is that each “Find your own way to travel to be happy.”