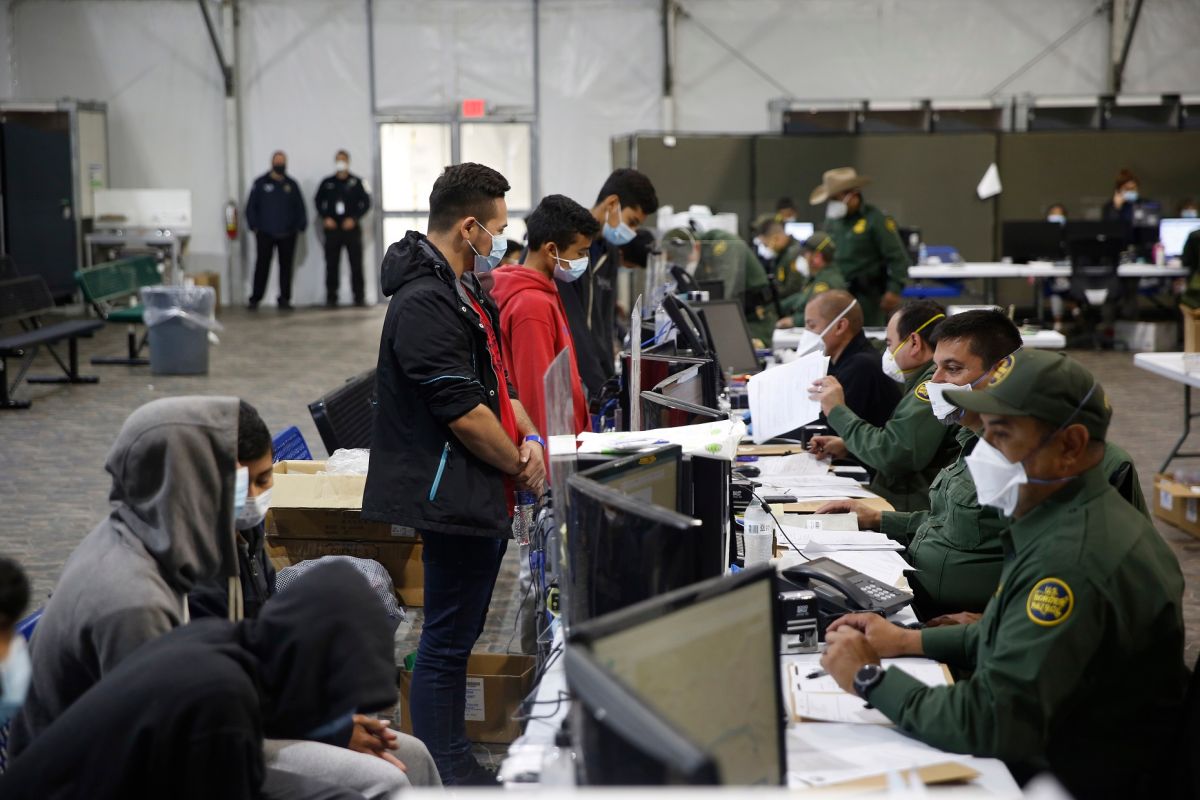 The Biden Administration faces criticism for how it is handling asylum cases at the border.

The government of the president Joe Biden seeks to modify the asylum system as soon as possible, but the substantive changes depend on Congress.

However, the government plans to depressurize the cases that are dealt with in courts from the border, so that they are reviewed more quickly and reduce the delay of almost one million, he said. NPR.

“(Some) asylum cases on the southern border would be withdrawn from the hands of the overburdened immigration courts of the Department of Justice”, indicated the report. “(These) would be handled by the Department of Homeland Security [DHS], where asylum officers already process tens of thousands of cases a year ”.

It is added that irregular immigration would be reduced, while people who claim legitimate persecution, who can prove it, could enter the country with a Temporary green card and work permit.

The source consulted by NPR points out that the flaws observed by DHS are that people detained at the border for illegal entry are processed, but are then released with an electronic tracker while waiting for an asylum hearing, which can take years.

The Secretary of Homeland Security, Alejandro Mayorkas, has defended the actions on the border, amid an increase in children only received.

“The previous administration completely dismantled the asylum system. The system was destroyed, the facilities closed and young children were cruelly expelled “he accused. “We have had to rebuild the entire system, including the policies and procedures necessary to administer the asylum laws that Congress passed a long time ago.”

The report quotes the Doris Meissner, who directed the Office of Citizenship and Immigration Services (USCIS), who recognizes that the plan would help to deal with credible asylum cases almost immediately and deport those who do not show that their life is in danger.

“And that means they could get the protection they need quickly and get on with their lives,” Meissner said.

The courts, with 530 judges, hear more than 1.2 million cases, but a portion of those would go to DHS officials, who number 860, according to the report.

This plan is released at the time a bipartisan group lobbies in Congress for the Biden Administration to deport the children who have been admitted in the last few months.

Republican Senator Lindsey Graham (South Carolina) presented its Secure and Protect Act 2021 project, which contemplates immediate deportation, hiring 500 more judges and establishing that asylum requests are made from the country of origin. The Biden Administration also pushes the last point.

NPR’s report comes out the same day USCIS announces a policy change in the forms to request asylum and adds that it will not reject cases for “blank spaces” that are unnecessary to fill out.

“USCIS has returned to the rejection criteria (of petitions) that existed … before October 2019”the agency said. “USCIS will no longer reject Form I-589, Form I-612 or Form I-918 if an applicant leaves a blank.”

That does not mean that a document can be submitted without essential data, including evidence, the agency cautions.

The forms to which it refers are “Asylum application and withholding of deportation”, “Petition for U Nonimmigrant Status” and “Request for Waiver of Residency Requirement Abroad”.

The agency cautions that applicants should be aware that their requests may be rejected if they do not meet the mandatory requirements, such as:

All immigrants with petitions to file are advised to seek legal advice, in order to avoid unnecessary costs and the rejection of the application due to errors in application.