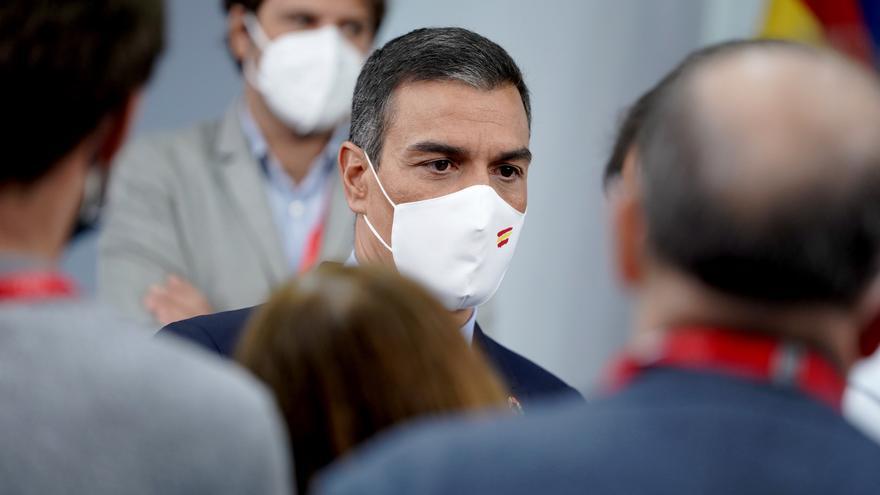 Spain had in July 2020, approximately, an average of 2,000 new infections daily coronavirus. A year later, despite the vaccine, there are some 25,000 more infections every day. The delta variant, As some epidemiologists have already warned, it has been a before and after in this pandemic for which there were no precedents in Europe. It is up to 60% more infectious than the alpha variant, it has a higher viral load and its incubation time is shorter. It is transmitted more and with more serious pictures. The good news is that vaccines prove to be effective against it: in Catalonia, for example, 73% of those who enter the ucis are unvaccinated. And they are people of ages who are already offered vaccination. The vaccine protects and the data backs it up. The anticovid drug does not exclude infection, true, but it does grave pictures derived from the disease (except in the most vulnerable patients: cancer patients, transplant patients, the very elderly).

It is the delta variant that will force increase the threshold of herd immunity. If until now the authorities spoke that, to be protected, 70% of the population would have to be vaccinated with the two doses of the vaccine, now they are already openly speaking that they will need at least 85% or 90%. Spain will not have immunity at the end of August, as the Prime Minister had promised, Pedro Sanchez. It will arrive, perhaps, in autumn, counting those vaccinated and those who have recently had the disease. And always keeping in mind that they do not appear new variants that are able to circumvent the effectiveness of vaccines.

As has been repeated so many times, it is not possible to set a calendar in this pandemic, even though it has often been done. At the moment there is no threatening variant, but epidemiologists warn that, the more the virus is transmitted, the more likely it is that one will appear that endangers what has been achieved so far (hence the need to vaccinate all the countries of the world ). This is one of the Possible scenarios for the next few months and it would be a mistake, the doctors insist, entrusting the end of the pandemic to that longed-for group immunity. That is why they insist on the importance of reinforcing epidemiological surveillance systems (for this and future pandemics) and to persevere in the tracking of the virus. They complain that the public health it has always been very forgotten in Spain.

But 16 months later of the pandemic, Spain, without forgetting the mistakes (most recent: again another lifting of restrictions excessively early, which has placed it as one of the leading countries in Europe in infections of this fifth wave), it has also done things well. For example, despite being now, it is also among the four countries in the world with the most advanced vaccination. 61% of Spaniards already have the double standard. But the current uncontrolled of contagions that the country is experiencing reflects that vaccination cannot be trusted with everything, individual prudence is also necessary and that the authorities stop claiming victory ahead of time. Let them clearly say that the coronavirus will continue with us for a time that neither scientists nor doctors are capable of predicting. (BEATRIZ PÉREZ)

Although the Minister of Finance, Maria Jesus Montero assumes that the Government will have sufficient support to carry out the State Budgets for 2022, the guarantee to the ceiling of record spending of 196,142 million approved by the Executive will be a good thermometer. After saving in extremis the reform to reduce the weight of the interim administration last week, in the new political course he will have to face Herculean challenges with which there is not much harmony with his partners in United We Can (UP), led by the Second Vice President and Minister of Labor, Yolanda Diaz. One of them is rent control to prevent them from shooting, but it is not the only one. The minimum salary, whose rise has been frozen this year and on which the Prime Vice President and Minister of Economy, Nadia CalvinUntil now, one of the most opposed and opposed to Díaz, opened the door, it could slow down a bit the pressure from the partners and the unions.

But there are other folders that will have to be opened that will require arduous negotiations. They are also linked to semi-annual reviews to obtain 140,000 million European funds ‘Next Generation’ that correspond to Spain until 2026, of which almost 70,000 are lost funds, as the most complex aspects of the labour reform (subcontracts, new jobs or reduction of temporary employment, in which the coincidence with employers can be difficult; or the suppression of the sustainability factor of pensions so the minister Jose Luis Escrivá he calls intergenerational solidarity mechanism and that has already generated some controversy as a result of his comments that the so-called ‘babyboomers’ will have to charge a little less or work a little more, although he later qualified.

For now, President Pedro Sánchez intends to transfer tax reform, Another of the elements of discord with UP, to 2023. And it will not be easy at all to satisfy the autonomies in the distribution of European funds ‘Next Generation’.

The dialogue with Catalonia change interlocutors: that ERC now manages the Palau de la Generalitat facilitates the thaw between governments, but the ‘president’ Pere Aragonès he balances so as not to unnerve his partners. The predisposition to sit down to negotiate makes it easier to end the politics of shock and empty chairs, but the head of the Government demands a relationship from you to you centered on the bilateral commission and in the dialogue table.

Sánchez’s challenge is to offer the Generalitat a proposal that, despite the skepticism of the independence movement, convinces him to continue negotiating and to ease the Catalan conflict. Having overcome the convulsion over pardons with the remodeling of his Government, he will have to convince ERC to strengthen self-government addressing urgent socio-economic issues despite the reluctance of Junts, which is already questioning the two-year margin at the dialogue table.

The third week of September, Sánchez will hear again how the Catalan delegation demands a consultation and measures so that those processed in absentia for 1-O can return to Catalonia. Once the referendum and amnesty have been ruled out in advance, the Government must answer how it opens a progressive dejudialization of the ‘procés’ and what is the margin of agreement to resolve the Catalan conflict. But the commitment not to overturn political responsibilities in the courts is clouded by an offensive of the rights and by the demand of millionaire bonds on the part of the Court of Accounts, with the Institut Català de Finances and the State Lawyer in between.

‘Procés’ aside, the Government wants to directly manage the European funds and assume the helm of the socio-economic recovery, while Sánchez is committed to co-governance, an extreme that must be calibrated so that the Republicans do not fall behind the general budgets of the State. Your support will depend on progress in the bilateral and dialogue. (JÚLIA REGUÉ)

The President of the Government offers the press conference to assess the political course five days before the end one year after the departure of Juan Carlos from Spain. Then, Sánchez celebrated that Felipe VI wanted to mark “distances” with the “alleged irregular behaviors” of the father and implied that the current King was the one who urged him to leave the country. In December, the chief executive explained that the Zarzuela had a “roadmap for the renewal of the Crown in terms of transparency and exemplary nature.”. He said there would be “news” soon. However, neither the Executive nor the Zarzuela have taken any step in that direction.

Moncloa sources explained that the now former vice president Carmen Calvo He was working with the head of the Casa del Rey, Jaime Alfonsín, on how to update the “ethical values” of the institution, but nothing else has been known. Sánchez could specify what measures are being addressed with the Zarzuela; when will they be approved; if the PP, the main opposition party, is participating in these negotiations, and also what has to happen so that the Casa del Rey and the Executive consider that Juan Carlos can return to Spain.

The future of the institution worries the Prime Minister and Secretary General of the PSOE. The framework presentation that Sánchez’s party will take to the federal congress in October includes the need to “deepen the transparency and accountability of all State institutions, including the Royal House.” (PILAR SANTOS)