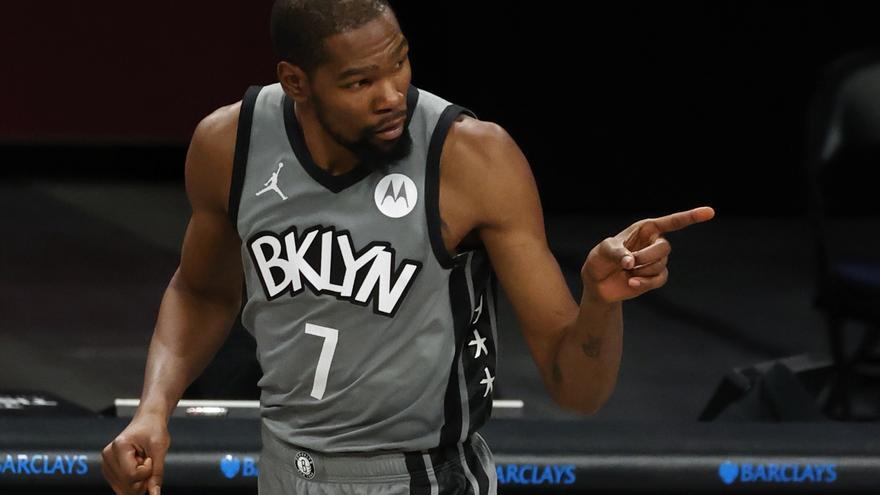 The coronavirus pandemic has prevented major international sports stars from participating in the Tokyo Olympics. The decision to postpone the Games, unprecedented in the 125 years of Olympic history, was delayed to the limit, but the tragic figures of deaths and infections on a planetary scale, the cancellation of all qualifying sports events and the confinement in their countries Olympians, often in their own homes, ended any hope of a Games on their original dates.

Despite everything, the Olympic event will feature a large group of sports stars who will seek to win the desired medals.

Among the almost 11,000 athletes who will participate in the Tokyo Games, these are the ten great stars whose performance the Olympic planet will be watching:

She had to watch the 100-meter final of the 2017 London World Cups on television one day before giving birth to her first child, Zyon. The next, in Doha 2019, was already a new exhibition of the pocket rocket (pocket rocket), which won with 10.71, then the fifth mark in history.

Little Shelly-Ann Fraser-Pryce (152 centimeters tall) returns to her own devices at 34 years old. Olympic champion in Beijing 2008 and London 2012, she appears in Tokyo with the second record in history (10.63), achieved a month and a half ago in Kingston.

SAFP will not have to contend with its main adversary, Sha’Carri Richarson. A marijuana joint at the wrong time, coinciding with the United States championships, has left the sixth fastest in history out of the Games (10.72). When the world record of Florence Griffith-Joyner began to shake (10.49), the great women’s Olympic duel will not be able to be seen in Tokyo.

At first she did not disdain the attack on a triplet unprecedented in the annals of athletics, but a fit of good sense led her to come down from the cloud and specify that in Tokyo she only intends to compete in two, although she prefers to postpone the election until the last moment.

Undisputed queen of the swimming The American Katie Ledecky will face an unprecedented situation at the Tokyo Olympics, in which her reign will be threatened for the first time by the irruption of the Australian Ariarne Titmus.

The challenge will force 24-year-old Ledecky to show his best version if he wants to revalidate the five medals, four of them gold, that he won at the Rio Games at the Aquatic Center in the Japanese capital.

Where there is no doubt of the triumph of Katie Ledecky is in the 800 and, above all, in the 1,500 free, in which the American aspires to become the first Olympic champion of the long test that opens in Tokyo in the women’s program of the games.

Simone Biles aspires once again to be one of the great stars of the Games. REUTERS

SIMONE BILES (USA), THE OWNER OF THE PODIUM

Since winning five Olympic medals in Rio 2016, and regardless of the sabbatical that followed, in the last four seasons Simone Biles has played 11 world finals in which she has won nine golds, one silver and one bronze. You don’t know what it’s like to get off the podium.

Aware of her overwhelming superiority over her rivals, Biles now competes against herself. The new difficulties that you imagine and execute have revolutionized the code of punctuation, which already includes four elements with its name.

Her loss on matchday two of the US national team trials to Sunisa Lee, just 18, which made her cry, is still an encouragement for a superlative gymnast who has had few opponents to match.

She has before her the challenge of revalidating the individual Olympic title, something that only Russian Larissa Latynina and Czech Vera Caslavska have achieved in all of history.

MARTA (BRA): ONLY MISSING THE GOLD

Six times chosen by FIFA as the best in the world, Marta is an active legend of women’s football. Historic top scorer of the Brazilian National Team And from the World Cups, the current Orlando Pride forward still struggles to win a great trophy with her country and at 35 years old she is looking to put an end to this.

These will be his fifth Olympic Games, but his reaction when he heard the call was as if it were the first time: “It’s exciting! We are extremely proud to wear our ‘amarelinha’ shirt and represent our Brazil, “he said, touching tears in a video shared on social networks.

He travels to Tokyo with two Olympic silver medals under his belt -Atenas 2004 and Beijing 2008- and another runner-up in the World Cup in China, in which he was elected Ballon d’Or, so the gold is between his eyebrows . Paris 2024 may be far behind him, which makes his presence at Tokyo 2020 a farewell.

In Tokyo there will be athletes with more credentials than Trayvon Bromell, such as the giant Ryan Crouser, who just broke the world weight record in Eugene (23.37). However, the 100 meter is the most coveted Olympic title in athletics and perhaps the one with the greatest media power of all the Games.

Bromell, American champion and seventh on the all-time list with 9.77 (the best in the world, this year), has been singled out as a favorite by the greatest of all time, Usain Bolt, and speaking of speed, few voices are so authorized as that of the Jamaican star.

If Bolt’s prediction is fulfilled, his own counterpart will succeed him on the Olympic throne: a short sprinter (1.72, compared to his 1.95) and tight (compared to his long line), who attended as last classified in the final of 100 meters, to the last Olympic feat of the Jamaican, in the 2016 Rio Games.

Since the days of Sergey Bubka, the world record collector (35), the pole had not been so popular. The person in charge, a 21-year-old Swede, son of American pertiguista Greg Duplantis and Swedish heptathlete Helena Hedlund, who has inherited top-quality genes.

Endowed with an unbeatable combination of technique, grit and elasticity, Mondo, who is known in the athletic world, has installed his base camp at 6 meters and from there he attacks his own world record, which is at 6 meters, time and again. , 18.

On June 6, he jumped at Hengelo 6.10 and with that brand he goes to Tokyo as the world leader of the year. No one but him has exceeded six meters this season outdoors. His predecessor, the Frenchman Renaud Lavillenie, points to a clear recovery with his 5.92 and, above all, his 6.06 on the indoor track, but Mondo resides in a step higher than the rest.

The American Caeleb Dressel arrives in the Japanese capital, where he aspires to hang six gold medals, ready to reclaim the throne of world swimming that was left vacant after the retirement of the legendary Michael Phelps at the conclusion of the Rio Olympics.

Nobody has done more merit than Dressel, winner of eight medals, six of them gold, in the last Gwangju 2019 World Cups, to wear the crown of Phelps.

A challenge in which Caeleb Dressel, 24, will not only have to fight against the memory of Phelps; In addition, he will meet a handful of formidable rivals in Tokyo ready to prevent his coming to the throne.

Starting with the Australian Kyle Chalmers, who is emerging as Dressel’s main rival in the 100 free, the first of the three tests, in addition to the 50 free and the 100 butterfly, that the North American will swim in Tokyo, where the one from Florida will also fight for the gold in the 4×100 freestyle and the 4×100 styles, both in the men’s and mixed categories.

The number one of tennis world championship has had a dizzying season, with victories in the first three Grand Slams of the year, Australia, Roland Garros and Wimbledon, for the first time in his career.

If he prevails at the Tokyo Games and a few weeks later at the United States Open, he will be the first to win the ‘Golden Slam’, the sum of the big four and the Olympic title. You already know what it is like to triumph on the slopes of Tokyo, where you won the 2019 tournament.

The table of participants favors you: Rafael Nadal, Roger Federer or Matteo Berrettini They do not travel to Japan, so the Russian Daniil Medvedev, the Greek Stefanis Tsitsipas and the German Alexander Zverev will be their biggest obstacles on their way to an unprecedented feat.

The star forward of the Brooklyn Nets tops the list of the 12 players that make up the US team this year, coached by San Antonio Spurs coach Gregg Popovich.

Durant is seeking a third gold medal with the Stars and Stripes team, which has held four consecutive Olympic titles.

Eliminated with the Nets this season in the semifinals of the NBA Eastern Conference against the Bucks, he offered memorable games in that series, such as 48 points from the seventh game, in which he nevertheless missed a triple in the last seconds of overtime.

After defeats against Nigeria and Australia on their preparation tour, subsequent victories over Argentina and Spain, the two finalists in the last World Cup, they put the Americans back in their natural position of top favorites.

Check here the full schedule of the Tokyo 2020 Olympic Games.