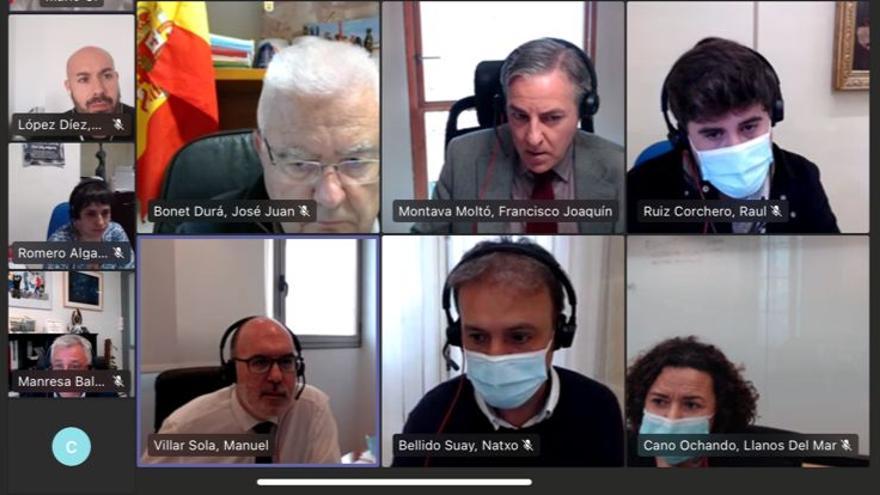 The left and right documents submitted to a vote today differed, above all, in their degree of detail on the five issues addressed (inspection of the cleaning contract, waste collection and management, analysis of the specifications, the sub-park (or auxiliary park) in Playa de San Juan, the constitution of a new commission to report on the preparation of the new specifications and the Cetra.While the text of the bipartisan, to which Vox has joined, was more generic, that of the progressive side deepened more.

Regarding the current statement, which was approved during the Castedo government in 2013, it is stated that “the preparation of the document took place at a time of deep economic crisis in all areas, with a drastic reduction in income by all administrations , which forced those responsible at that time to have to reduce their economic amount by around thirty percent, which led to a necessary reduction in benefits, with obvious reductions in services “. Thus, “the first starting point is that a service should be provided to the city with an economic reduction compared to what it had been providing up to that moment.”

Regarding the sub-park of Playa de San Juan, it is emphasized that “being therefore an installation contemplated both in the specifications and in the offer, its existence being necessary and being paid to a large extent, it is necessary to overcome all possible impediments for its realization”. The park remains to be built due to licensing issues. The creation of a new commission is also addressed, but with a view to the future statement: “It is agreed to raise to the Plenary the constitution of a Non-Permanent Commission to deal with those issues outside the competence of said Council and through which The municipal groups will be kept informed of all the processing of the new contract, at the same time that a voice will be given to raise those proposals that they deem appropriate for the improvement of the service for the purposes of their evaluation by the municipal technicians and by the team of government”.

During today’s commission, the socialist Raúl Ruiz has explained the “no” of his group to the conclusions of the bipartisan: “We could not whitewash reality. It is not possible for people to believe that the tripartite is to blame for everything. Vanessa romero, “that the order of the points is not the agreed one and that the specifications should be the first point, as it is the main reason for the failure of the contract.” By last, Natxo Bellido (Compromís) has regretted “that a joint opinion was not reached because there was a basis for that agreement.” The popular Manuel Villar, for his part, he has also regretted this lack of agreement, although with other officials: “We proposed an aseptic document because for you all the fault lies with the PP, but for example with us it has gone from eight to twelve inspectors.” The concilor Antonio Manresa (Cs), for his part, has criticized the left for not joining the conclusions: “I regret that the extripartite did not want to enter the minimum document.” While, finally, Mario Ortolá (Vox) he wanted to put the emphasis on the San Juan sub-park: “It is a thorny issue.”

Network of containers and bins

From the current concessionaire of the service, UTE Alicante has been informed today that during the first quarter of 2021, “they have conditioned 3,700 bins” and “235 new bins have been installed so far this year“.” A large team of operators works in situ and at the UTE facilities to keep Alicante’s bins and bins clean and in perfect condition, “according to the UTE, made up of FCC, Ferrovial and Cívica, of Enrique Ortiz. The network is composed of 5.500 containers (1,040 containers, 888 paper-cardboard, 3,476 remainder, 109 organic) and 7,863 bins, according to the concessionaire. “Among the services that UTE Alicante provides to the public, there are some less known, but equally important to ensure that our city is cleaner, more sustainable and livable. In this group of usual and necessary jobs, there is the service of maintenance and repair of the containers and bins in our city. The detection of their deficiencies, breakages, graffiti or acts of vandalism, is essential to ensure their proper maintenance, rapid repair and replacement “, explains the UTE, who assures in a note press that “the service allows the repair of bins and containers damaged or in poor condition in the same place of their location, but if it is not possible to solve the problems on site, the operators replace this furniture and transfer it to the base for its repair, thus ensuring that bins and containers are always in perfect condition for use by the people of Alicante “.

On the other hand, this morning the green areas commission. The Corporation has agreed that the SEP union will appear in the next session, which criticized the lack of personnel and machinery during the contract prior to the current one, and the then concessionaire of the service. Since January 2021, the service has been in the hands of another company, although the adjudication process is still pending a court resolution.