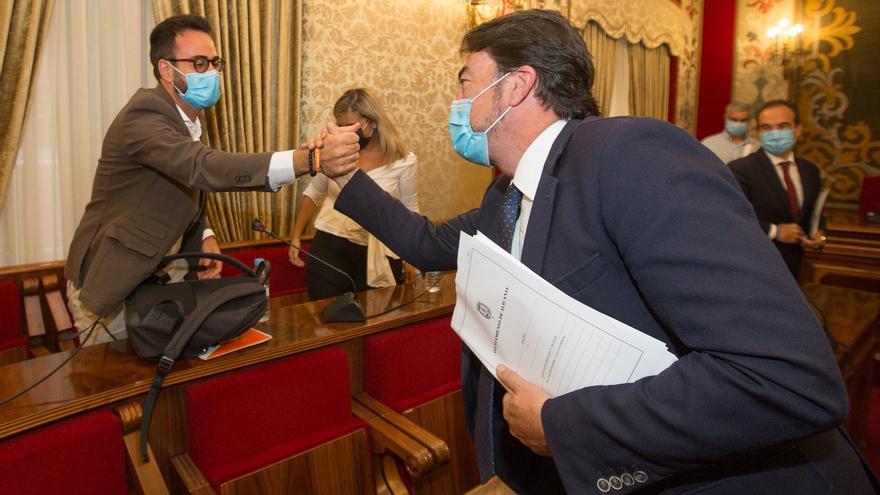 This Monday, Esquerra Unida announced that it will take the Councilor for Urban Planning to the Anticorruption Prosecutor’s Office for an alleged division of contracts related to projects on the coastal walk and Las Cigarreras. The formation hopes to formalize the complaint before the Prosecutor’s Office this week.

On the other hand, on the Cigarreras project, EU targets three contracts: the drafting of the master plan of intervention and uses of the Edusi area, the preliminary study of the architectural complex of the Cigarreras and the drafting of the basic project and execution for the rehabilitation of Phase I “Antigua Casa de Misericordia (621,940 euros), together with the contract for the documentation service for 3D terrestrial laser scanner techniques of the set of buildings of Las Cigarreras (16,940 euros) and the performance of structural tests to undertake the drafting of the basic and execution project for the rehabilitation of Phase I, in the old Casa of Mercy (13,429 euros) Of these awards, two were made in 2021 and one the previous year.

According to the US, “since each of the parts of a contract whose object is the same may have been divided into lots, as established in article 99 of the Contract Law, the current government team has opted for the division into four and three contracts respectively for each of the projects without attending to the necessary operational and functional unit of two key works in the future of the city “. From the formation led by Copé, they add that “it is enough to see the information of the contracts to appreciate that what Barcala denounced when the previous mayor ordered it and was the reason for his conviction for a crime of prevarication, it is now his team who presumably he practices it with the most absolute normality. We appreciate advantage. ”

The interpretation of the Councilor for Urbanism has been completely opposite from the first moment. “It seems serious to me that they accuse me of doing certain things because of this ignorance. Neither the object is the same nor even the year is the same. The policy has to be done differently, not accusing the political adversary in this way, “said Adrián Santos Pérez this Monday, after an act at the Alicante City Council.