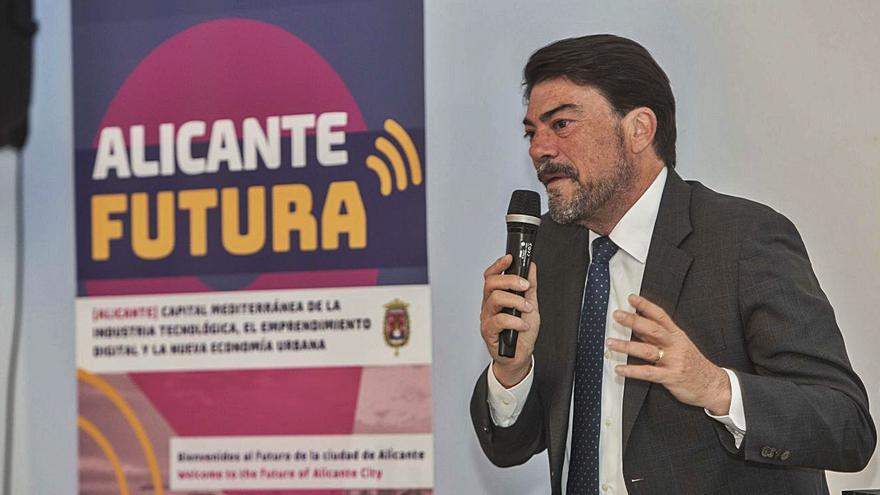 The bipartite of PP and Citizens will allocate more than 560,000 euros in a year to outsource the attraction of technology companies to the city of Alicante. With this objective, the Local Development Agency, headed by the councilor Mari Carmen of Spain, has put out to tender two contracts to promote the strategy «Alicante Futura» and the Investment Attraction Office.

The consulting and assistance service for «Alicante Futura», the digital strategy promoted by Mayor Barcala, has a base budget of 273,005 euros and an execution period of one year (which can be extended for another year). The specifications include requirements such as promoting a “LAB of international technological, digital and innovative excellence”, with workshops, group actions and dynamization, accompaniment of new companies, identification and promotion of communities and prescribers. At least thirty activities should be carried out throughout the year.

In addition, the PP and Cs bipartite includes in the specifications the organization of an annual “Alicante Futura” congress with “actors, stakeholders and professionals of recognized prestige”, to be held at the Alicante Provincial Council Auditorium ( ADDA) with “at least” a thousand in-person assistants. For the implementation of the strategy, a cost of about 40,000 euros per year is estimated.

Among the requirements that must be assumed by the company that achieves the consulting contract for «Alicante Futura» there is also the impulse for the creation of «hubs» in «strategic sectors that are key for the future development of the city». In addition, the bipartisan seeks to advance in the “consolidation and global projection of Alicante as the Mediterranean capital of the technology industry, digital entrepreneurship and the new urban economy.”

On the other hand, the second contract that the bipartisan has launched seeks to provide the consulting service for the Office of Investment Attraction of the Alicante City Council. In this case, the base budget for the tender is 287,980 euros, with an execution period also of one year (also extendable to another year). This outsourcing of management aims to attract companies, and thus it is black on white among the obligations of the successful tenderer: «The minimum number of companies or projects to be captured by the successful tenderer and that are beneficiaries of this program will be twenty per year. At least, each project or company will mean the creation of ten permanent jobs in the city or twenty with at least one year of contract ”. And not only that, but the awardee of the service must achieve, of the total number of beneficiary projects or companies, the “real installation, in the year of duration of the contract, of at least 50% of all of them.” That is, a minimum of a dozen. “In case of not reaching this objective (or the one proposed in your offer if it represents an improvement),” the penalties provided for in the corresponding clause of these specifications will be applied “, which may be around 5% of the contract (around 15,000 euros).

In addition, the successful bidder also has to promote a network of “personalities and ambassadors” of “Alicante Open For Business”, who “help to project the actions and the message of economic diplomacy of the city, opening market and business options in their areas of activity ». Among the markets in which the bipartisan wants to set the objective are Madrid, Valencia and Brussels, coastal regions of the Mediterranean (with special attention to the Maghreb and Africa), China and other relevant countries in Europe or Latin America.