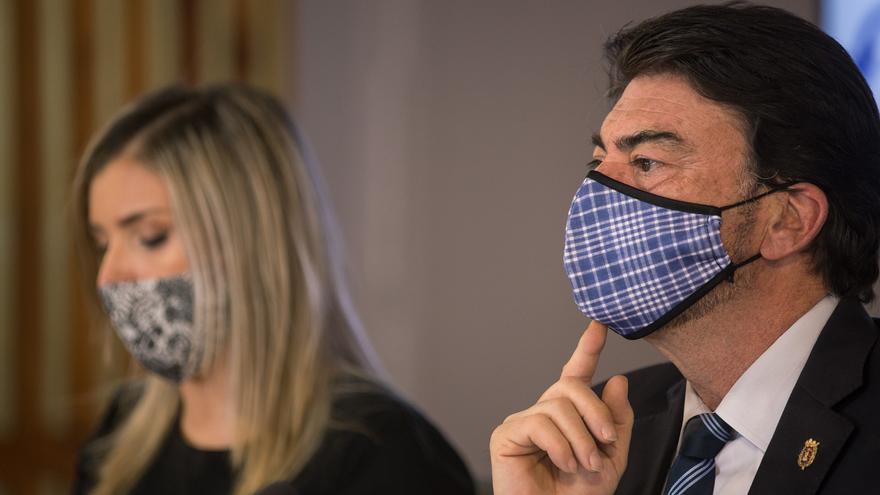 The institutional statement highlights issues such as the digital divide. “There has been a lack of means, as is the case of the tablets that the Ministry of Education announced in April last year, to alleviate the difficulties faced by students who did not have the means to follow distance learning during the confinement, despite the fact that in the first confinement those students who lacked the necessary means were clearly identified, ”according to the bipartisan.

The “nonexistence of the online education system for Covid students, for Secondary students who have only been able to attend class on alternate days or for those who have had to confine themselves due to a serious pathology. “” In these cases, the online educational system has not been launched, a fact that It has resulted in a slower progress in learning and a large amount of syllabus to be given, since it remains to recover the syllabus from the previous quarter, given that the students have only been able to continue doing homework from home ”, says the document signed by PP and Citizens.

Another issue questioned by government partners is the “Imposition of the Linguistic Projects of the Center (PLC) and the limitation of participation due to the covid. “” We consider that this is not the ideal time for the imposition of these language plans, which in the current circumstances are counterproductive from an academic point of view and lead to school failure of the students, who You will probably have to take core subjects in a language that is not your mother tongue, such as Valencian or English, ”says the institutional statement requesting the suspension of language plans for the next school year 2021-2022.

It is also stated that “at a time when school psychopedagogical services are essential, the Ministry has decided to repeal them, and has drawn up a new decree on educational guidance in which it includes new guidance teams that will be the ones to assume the current task carried out by the PES. “” For this reason, and since at times like the present, when it is more necessary than ever to attend to students by these professionals, we consider that it is not prudent to carry out this type of change especially when the new counselors will not know the center or the students and will need a process of adaptation to them ”, they point out.

“The reduction of the budget of the Edificant Plan to meet other expenses derived from the pandemic, such as the Valencian inclusion income, is another of the concerns of the municipal government of Alicante. As is the limited scope of the Proa + Program and the classes of reinforcement that in the Community have only been foreseen for students of 1st and 2nd of ESO “, they add from the bipartite, who point out that” it is also a norm that intentionally excludes students with educational needs from subsidized centers, as if they were not part of the Valencian educational system ”.

Finally, popular and Ciudadanos also criticize “the lack of payment of the dining room scholarships, transportation scholarships and the children’s voucher with the consequences that this non-compliance entails, especially in a situation like the current one, marked by the accentuated social crisis that has arisen as a consequence of the pandemic. ”

Since United We Can, the spokesperson, Xavier López, has described as “embarrassing that the government team once again use the plenary session to confront the government of the Generalitat on social policies.” “Their war is ideological and not management. Because if it were management they would be much more concerned with facilitating the take-off of the Edificant Plan in our city and not putting sticks in the wheels as they have repeatedly done, with flagrant cases such as the school. of special education the Somni, or they would be working to solve the serious problems in the infrastructures of the municipal nursery schools, Els Xiquets and Siete Enanitos, with serious deficiencies and that are their exclusive competence ”, added López.