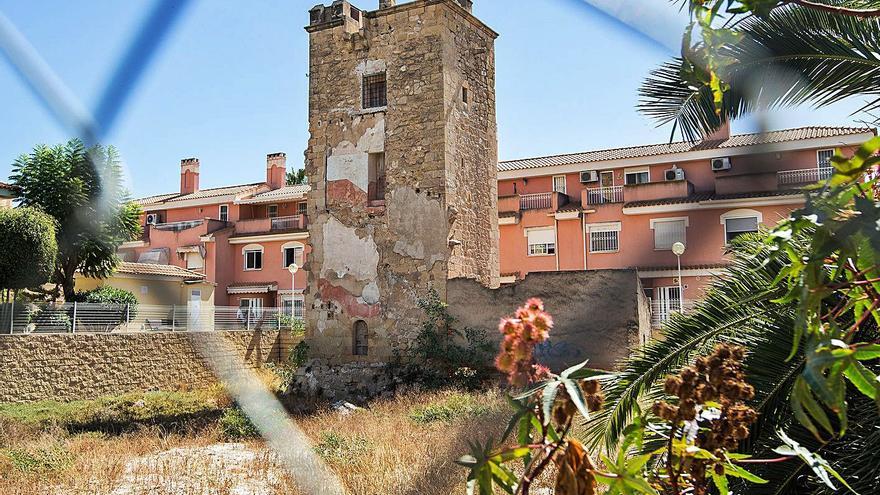 The long-awaited transfer, which has been on the table for years, is waiting for you the central government gives the green light to the project for the change of location stone by stone of the tower, including its restoration, to the plot located between Conrado Albaladejo and Juana Francés, also in San Juan Beach. When the positive response from the ministry arrives, the project will return for the last time to the Governing Board, which will give the final “ok”. “The approval corresponded to the conselleria, but it was exempted in favor of the ministry, which agreed to be the competent administration to give an answer. After the draft was drawn up, it was sent to the ministry. We are awaiting your approval. For our part, everything is ready to start the transfer, “said the Councilor for Urban Planning, Adrián Santos Pérez (Citizens), who does not dare to set dates. “The technicians insist that there is no precedent in Alicante to estimate deadlines,” he added. The contract has gone to N6-Arquitectura for 24,100 euros. This process had to be restarted at the beginning of last summer due to the lack of offers presented in the first attempt. And, although in both cases there were four companies that opted for the service, in the initial attempt at least five different proposals were necessary, as explained by the Councilor for Contracting, Manuel Villar. Thus, in the second attempt, with four companies it has been enough for the Contracting Table to propose the best offer. The transfer and restoration service, for its part, was awarded a year and a half ago (October 2019) to the Study of the Restoration Methods, for an approximate value of 1.48 million euros. This company will also be in charge of restoring the Luceros fountain.

The transfer of Torre Placia, which was initially authorized by the ministry in mid-2017, will be done stone by stone, as announced a little over a year ago by the municipal executive. Torre Placia has around 2,000 stones. The operators have also carried out surveys in recent months to check the condition of the tower’s walls, its construction method and the techniques and, although the exterior walls are in apparent poor condition, the interior floors and stairs have been renovated and have been restored. can access well, as explained a little over a year ago. The work, once started, is expected to last for six months once the dismantling of the fortified enclosure, whose original construction dates from the 16th century, begins. It is an engineering work that has never been done until now in the city of Alicante, and that is executed after the City Council decided to buy the tower to avoid the demolition of the houses adjacent to the construction of the garden, eleven bungalows built less than 25 meters away with municipal permission and that a judgment of the Valencian Superior Court of Justice (TSJCV) forced it to be demolished if the BIC was not moved.

The defensive tower cost 1.7 million euros to the municipal coffers, a price previously agreed with the owners. Its acquisition was approved when the left tripartite in the City Council still governed.

Urban change to expand green areas in the Euipo

The Governing Board approved the third modification of the Partial Plan “Agua Amarga” to expand green and sports areas on the office campus. “It is proposed to change the use of a tertiary plot to a provision, as well as the disaffection of Europa Avenue as a detailed road and the change of use of this land to a provision”, according to the agreement approved by the Governing Board, which must go through the municipal plenary session. These modifications are intended to expand the complex for the Euipo campus, concentrating in one area the endowment area for community facilities and urban services.