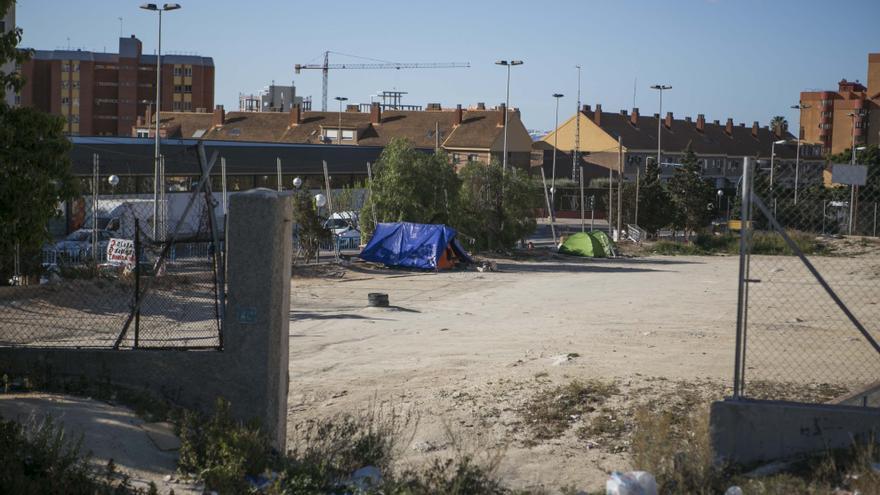 The Alicante City Council, through the Department of Social Action directed by Julia Llopis, has decided activate now, after days of intense cold at night in the city, the protocol to expand places to help homeless people living on the streets of Alicante.

Councilor Llopis has stated that on Thursday night the CAI’s second gym will open as a complement to the Alicante City Council’s Center for the Reception and Insertion of Homeless People (CAI). This center, which has 62 beds, is fully booked, according to the mayor. The municipal executive assures that this initiative is about “expanding the capacity of municipal assistance, enabling new places in the gym, pending the demands for help that may come from vulnerable people who live on the street or who do not have living place”. With this protocol, in addition to shelter, the Alicante City Council “provides these people in need with food, clothing, showers and health care.”

Llopis has estimated that in the face of this type of extreme situations due to low temperatures can be accounted for around twenty homeless those who usually resort to social action to protect themselves from the cold. In total, about two hundred people usually live on the streets of Alicante, according to social entities. The idea of ​​​​the bipartite is to maintain this extension protocol, initially, for four nights, those of Thursday, Friday, Saturday and Sunday.

Taking advantage of the announcement of the activation of the protocol, which is launched later than in other surrounding cities such as Elche, Councilor Llopis “has launchedsees the contradiction implied by the actions of the Generalitat and its Department of Equality and Inclusive Policies, directed by Vice President Mónica Oltra, for keeping its CATE center in Alicante underutilized – Albergue La Florida, which should help and share efforts in this type of emergency”. Llopis, in the note, underlines that “after the requests made to the Generalitat to to cede this shelter to Alicante, no satisfactory answer is obtained”.

The councilor recalled that “long ago” a letter was sent to the general director of Community Action and Inclusive Neighborhoods, with a copy to the vice-president Mónica Oltra, requesting the temporary transfer of the CATE – “Albergue Juvenil la Florida de Alicante” of the IVAJ, located on Orihuela avenue. “If the City Council had it, according to Llopis, it would be possible to serve better and more vulnerable people, those who need to spend the night under cover, providing them with food and health care at the same time.” The mayor considers “it is nonsense that this facility, fully equipped and equipped and belonging to the Generalitat Valenciana, is underused when we are going through an emergency situation due to the pandemic and the cold days ahead.”

Before the City Council announced that it would activate the device from Thursday, the Councilor for Compromís Rafael Mas He demanded “that the municipal government team activate the emergency protocol that it has agreed with the Red Cross to alleviate the effects of the cold on the homeless.” But He recalled that “before the start of winter and, in the face of this health emergency situation due to the pandemic, his training has already requested Social Action to launch a plan to reinforce social services to understand the homeless in the city throughout winter”. “It is urgent to expand the places in the shelter and the enabling of new spaces for possible positives by Covid-19,” added Mas, who requested that Acción Social “offer aid to the entities that help this group and coordinate with the local Police to deliver blankets and food to the usual overnight places”.