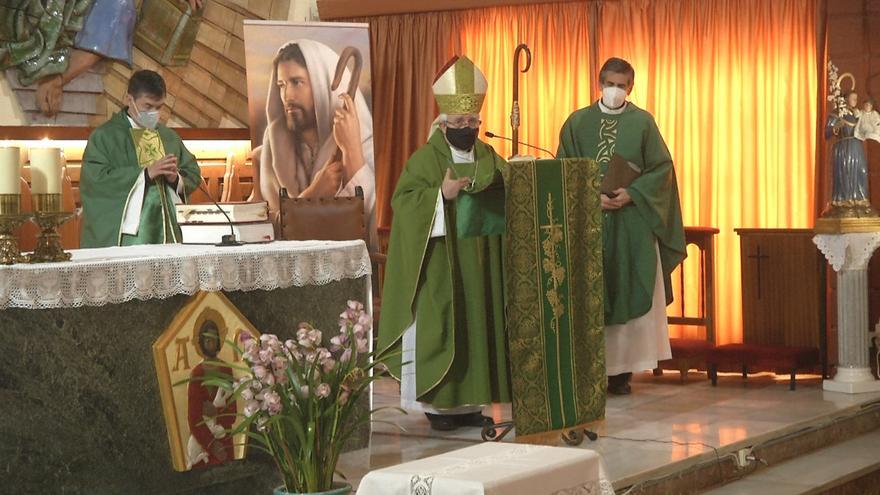 This type of pastoral visit has a long tradition in the Church. In fact, the different bishops of the Diocese of Orihuela-Alicante have been carrying out it with regularity. In the last decade Victorio Oliver made an almost complete visit to the entire Diocese, which took place between 2000 and 2005. Later, Rafael Palmero completed the visit to the parishes between 2007 and 2010. In 2014, the current Bishop of Orihuela-Alicante, Don Jesús Murgui, Following in the footsteps of his predecessors, he began his own Pastoral Visit with the aim of increasing the knowledge of both priests and religious and laity who are part of this Diocese. In a first phase it went a score of parishes of the archpriests of Orihuela-I, Monóvar and La Vila Joiosa. In 2015, in a second phase, he visited another thirty parishes of three archpriesties of Alicante-I, Callosa d´en Sarrià and Elche-III. From January to April 2016, the archpriests of Alicante-V, Torrevieja and Villena. In 2017 it was the turn of the twenty parishes of the archpriesties of Alicante-II and Dolores and the ten Diocesan Schools spread over various locations. And in 2018 the diocesan bishop toured some thirty parishes in the areas of Callosa de Segura, Novelda and Elche. In 2019, during the sixth stage of his Pastoral Visit, he visited more than twenty parishes in the areas of Alicante, Elche and Crevillent. He also did the same with the different religious communities that coexist in the monasteries and convents of these Levantine lands. Last year, after starting in Orihuela II in January, the Pastoral Visit continued in Jijona during the first half of March and was interrupted by the declaration of a state of alarm. It was in June when he resumed this last phase, which culminated with the tour of the Arciprestazgo de Santa Pola.

The Pastoral Visit takes place in three phases. The first is that of preparation, which begins with a meeting between the bishop and the priests of the archpriesthood to which the visit is directed. This is followed by a second phase, of development, with a central act that is the so-called Seasonal Mass. And the third and last is the evaluation in which the minutes of the visit are written. “I visit you as a pastor with the purpose of increasing our mutual knowledge and inviting you to renew your Christian life and to carry out intense apostolic action. It is my intention to revive the energies of the evangelizing agents, encouraging them to feel that they are protagonists of the mission of the Church in our time. In this way, with the Pastoral Visit, I intend to continue encouraging the renewal of our parishes, helping them to grow in all dimensions of faith “ raises the bishop of the Diocese of Orihuela-Alicante, Jesus Murgui, as objectives of his Pastoral Visit.