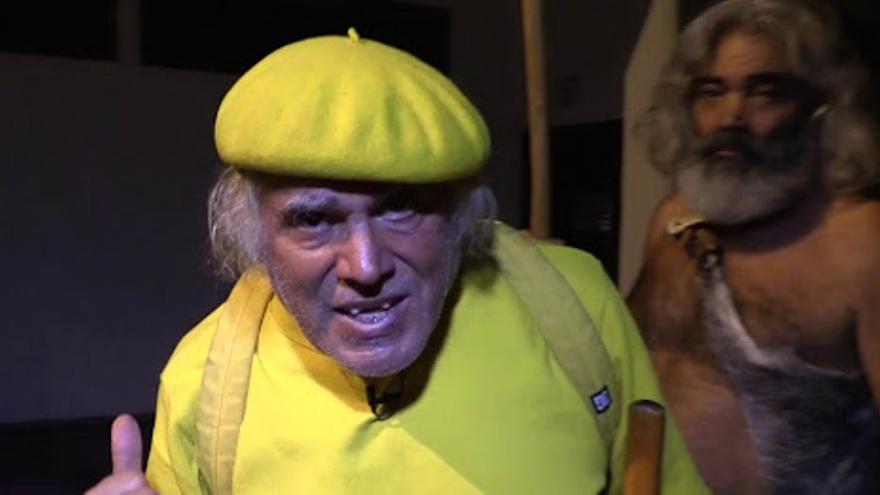 The Bishop of the Canary Islands, José Mazuelos Pérez, has taken as a precautionary measure remove the priest Francisco Báez from his duties in Iglesia de Las Nieves (Gran Canaria) and he has submitted his resignation as pastor.

In a statement, hea Diocese has explained that the previous investigation into the priest’s statements about the case of Anna and Olivia, the girls allegedly murdered by their father Tomás Gimeno, has thus been closed.

In this way, the decree takes as a first precautionary measure to separate Báez from his office as Parish Priest of Our Lady of the Snow, in Lomo Magullo and in charge of the annexed places of worship: San Francisco de Asís, in Cazadores and San José in Las Breñas.

Meanwhile, the second precautionary measure is the prohibition of publicly participating in the Holy Eucharist and the third prohibition of not doing, as a priest, demonstrations and statements in the media or through social networks.

All these measures were formally notified this Wednesday to the priest, who after signing the corresponding act by which he was notified, presented in writing to the Bishop his resignation from the office of parish priest, which was accepted.

Finally, the Bishopric recalled that at this time a canonical judicial process is open to Fernando Báez and, pending the appointment of a parish priest or administrator, the Episcopal Vicar of the southern area of ​​Gran Canaria, Antonio Juan López, will act.

Báez: a priest marked by controversy

Statements made by Fernando Baez Santana, better known as ‘father Báez’, in which he blamed the murder of Anna and Olivia to the “infidelity” of the mother, the girls, Beatriz Zimmermann, crossed the Canarian borders. The Prosecutor’s Office decided ex officio to open investigation proceedings to determine whether the demonstrations made last week by Father Báez in various media and social networks “deserve the classification of criminal offense”. Last Sunday night, the Diocese of the Canary Islands rejected these demonstrations. “We reject and disallow such personal opinions that do not reflect the sentiments of this ecclesial community.

Before this latest controversy, Báez had others. The most recent, in January this year, in the midst of a pandemic and with sanitary restrictions, when he went to Roque Bentayga with a group of 20 people, he removed his mask on several occasions and did not keep a safe distance to prevent the spread of the Covid-19 In an area where access is prohibited due to the risk of landslides.

And in October 2019, another of his controversies: a woman denounced Fernando Báez before the Civil Guard for allegedly attacking her 17-year-old son during the visit of the Virgen del Pino to the municipality of San Mateo. The young man’s mother reported this event through her Facebook account, attaching photographs where the marks of the alleged blows to the neck can be seen. Some accusations that Báez himself described as false and assured that he had not received any notification from the Prosecutor’s Office.

The Bishopric published a statement last Sunday in which it rejected the priest’s statements. And as Báez continued at the beginning of this week confirming his opinions in new publications on his social networks regarding the event of the girls of Tenerife, the bishop of the Diocese of the Canary Islands, José Mazuelos, he remarked on Tuesday his “categorical rejection” of those opinions. The priest’s words “have been very unfortunate and have gone against the doctrine of the Church,” he declared at the inauguration of a new mental health center for the order of Saint John of God. “It is the last straw,” he said.

Mazuelos declared that “for the church there is no motive or justification for a vicarious crime. The only culprit of what happens is the one who has killed. “He also stressed that the Church” in life will justify the death of some minors due to infidelity “and recalled that already last Sunday the Diocese of the Canary Islands issued a statement in which he made it clear that he stood out from the remarks of the parish priest.