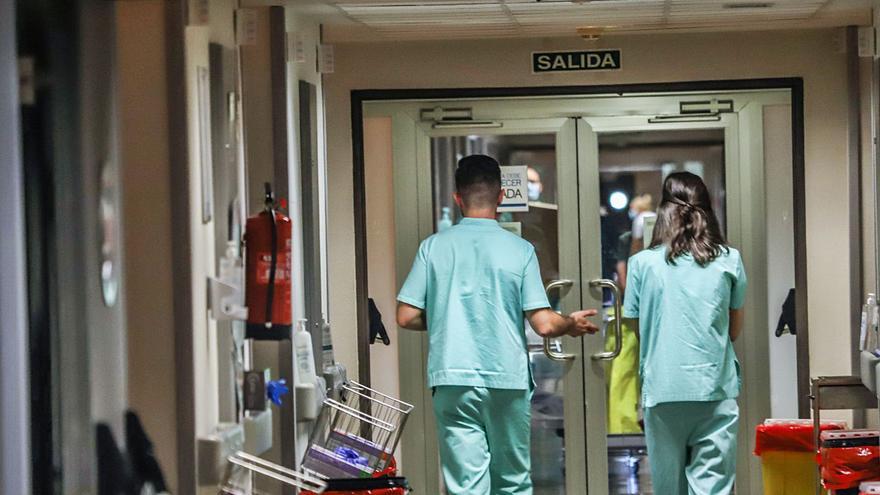 The Hospital inaugurated by Francisco Camps on October 17, 2006 was an old aspiration of the inhabitants of Torrevieja and La Vega Baja, claimed even on the street in full Transition -with arrests included-, also by the municipalities that were later integrated into the department: Pilar de la Horadada, Rojales, Guardamar del Segura, Orihuela Costa, San Fulgencio, San Miguel de Salinas, Los Montesinos, Benijófar and Formentera del Segura. But in the 80s, Orihuela had more weight and the Hospital de la Vega Baja was built there.

For more than 20 years, the residents of the coast of the region had to go to the Vega Baja Hospital for any emergency, childbirth, test or intervention. At a minimum distance of 15 kilometers. It is not surprising that any survey commissioned by Ribera on the care at the Torrevieja Hospital always reiterated an enormous level of satisfaction: only the proximity was worth it.

The project initially had a majority participation of the former CAM and Bancaja, as required by the Generalitat, in addition to Ribera and the construction companies Ortiz or Acciona – closely linked to public works in Torrevieja – and the insurance company Asisa. A conglomerate where the presence of the boxes and Ribera commanded from the beginning. The construction companies soon left the UTE and Asisa was almost expelled in 2011. The subsequent traumatic restructuring coincided with the opening of the Vinalopó Hospital, which like the Dénia Hospital are also public centers managed by Ribera.

The one in Torrevieja, the one that Ribera now loses, has nevertheless always been the jewel in the crown. 62 million were invested in its construction. It didn’t matter that he had to get up on a salt marsh. The public-private collaboration model, promoted by Eduardo Zaplana at the end of the nineties with the Alzira hospital, generated controversy from the beginning, but not rejection in Torrevieja.

The main argument of the company and the PP, champion of the formula, was and is that it does not matter if the management is public or private as long as the patient does not distinguish it in the care they receive. Especially if it works well. The formula, seasoned with an important technological deployment, has been a reference in the health sector. The protected population – 160,000 residents, according to Ribera – have not questioned this model, beyond criticism from the left-wing parties. Neither did the unions, which negotiated a much improved agreement year after year, with nothing to do with that of the private health sector. The labor relations of the 1,400 workforce have always been those of a private company, to which was added a spiral of silence so as not to break the image of happy arcadia that the concessionaire has always cared for. The conflicts were not different from those of any regional public hospital in the Community, neither more serious nor less severe; nor the cases of medical negligence, that there have been, as in other departments, there have been. Everything has worked with 100% public funding. More than 120 million euros per year has been disbursed by the Generalitat based on the per capita estimate, which has gone from 494 at the beginning of the concession to 795 euros per year for each of the health cards assigned to the service in these fifteen years. The concessionaire was in charge of deploying an extensive accreditation network early on. Captured as clients, more users, more income for the concession, to which had to be added the attention paid to the displaced: thousands charged to the health services of other autonomies. The annuities since 2013 are yet to be settled and on the way to the court due to the discrepancy – of more than 50 million – between Ribera and the Generalitat.

Ribera, which belongs to the North American health multinational Centene, has had more scope than public health to attract more qualified personnel, specialty physicians, through a system of incentives and remuneration, which attracted many of the doctors that now they are going to leave the center. This has made it possible to develop, without the ties of the public administration, programs in which they reduced waiting lists for surgery operating in the afternoon. If there is something that Ribera has taken care of in the health area, it has been the image: pristine facilities, individual hospitalization rooms with a bed for a relative, the mobile information system and applications or services created exclusively for the care of community residents and British … The Generalitat, which arrives at a different pace from improvisation, now has the responsibility of ensuring that direct management “does not show itself.”