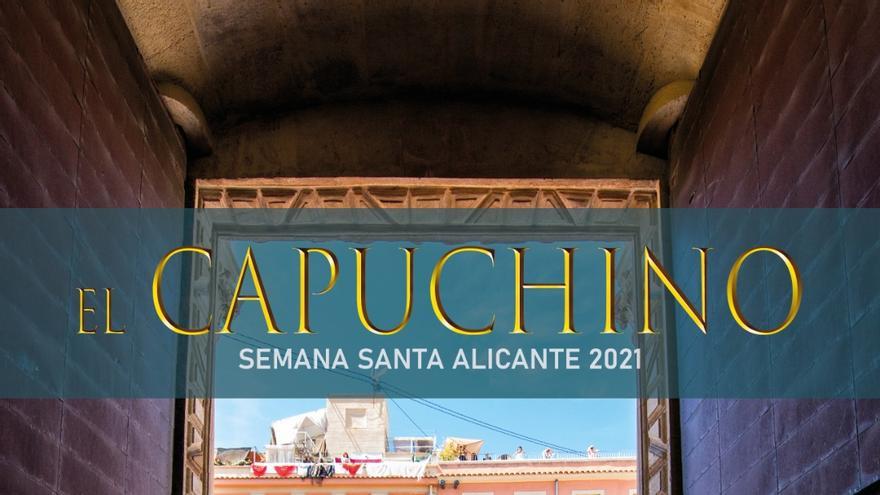 The Major Board of Brotherhoods and Brotherhoods of Easter week from Alicante has agreed to several modifications to its 2021 program, including the suspension of the proclamation, the tambourine and the national band contest, and has postponed several more depending on the evolution of the pandemic, given the current health situation in Alicante and the Valencian Community, “in order to avoid the possibilities of contagion by covid-19 in the events organized by the Mayor Board, in compliance with current health regulations, the decree of the Bishopric canceling the processions and liturgical acts in the street, as well as that of the City Council prohibiting those acts that may produce massive or uncontrolled attendance of people. On the other hand, the entity has presented the magazine El Capuchino online, that collects the acts that the brotherhoods can perform, subject to restrictions, and that has its own application to download the contents on the mobile

– The national band contest (7 of March)

– The gastronomic days of Lent and the route of the tapa cofrade until reopening of the Alicante hospitality industry with the purpose of help this sector so punished to recover in the vicinity of Easter 2021. In collaboration with the Association of Hoteliers of the Province of Alicante

– The exhibition “Covid from the sacred”, by Jorge Marín, at the Hotel Boutique Siglo XII until Easter 2022.

– The exhibition of the work of Manolo Reig at the Alicante Arts Center until Easter 2022.

Acts that are maintained:

– General via crucis of the brotherhoods of the Junta Mayor. Friday, March 12 7:00 p.m. Co-Cathedral of San Nicolás de Bari.

– Showcase contest in collaboration with the Alicante Trade Associations.

– XX photography contest. (Next publication of the Bases in RRSS)

– Official Easter Concert in charge of the Municipal Symphonic Band. Recorded at its headquarters in Las Cigarreras and broadcast on YouTube (Date to be determined)

– Production of the Official Magazine of Holy Week in Alicante. Presentation (probably telematic) on Friday of Dolores.

Given the permanent changing situation of the health context, the Greater Board will inform as soon as possible of how many modifications may occur, says the entity.

Regarding the informative guide “El Capuchino 2021”, one of the main novelties is the development of an APP that can be downloaded to the mobile all the content of the paper edition. This initiative, as reported by the President of the Greater Board, Alfredo Llopis, “It is motivated by the desire to inform the public, live, of all the acts that are being carried out and of the last minute modifications due to the restrictions derived from the pandemic.” The application will be available this week on the Google Play platforms for Android and the App Store for Ios / Apple.

Among the novelties you can find the one called brother’s agenda. It is arranged in a calendar where the user can see the acts that the brotherhoods or brotherhoods develop each day. In time, you will find the Location of the place where these celebrations take place.

The pages of “El Capuchino 2021” dedicated to each of the brotherhoods and brotherhoods also include a QR code that will allow the reader to expand the information directing it to the website of the Junta Mayor. In it you can see a gallery of photographs or details of the history of each of them, symbols, and location on the map of Alicante, among other information.

“El Capuchino 2021” has 96 pages and an edition of 20,000 copies has been made, similar to last year. From today it can be obtained at the Casa de la Festa “Manuel Ricarte”.

Due to the pandemic, suppressed several sections such as the schedules and routes of the processions. On the contrary, the information of the brotherhoods and brotherhoods has been increased. In each of the pages dedicated to them are the most important events scheduled for Holy Week. It also includes a unique brother agenda, without difference of acts. It is organized by dates and times. The same happens with Holy Offices in the Cathedral of San Nicolás. The information of each one of the brotherhoods and brotherhoods is increased with redirects to the website of the Greater Board with a gallery of images and to their Social Networks.

The cover photo is original from Concha Beneito. It has wanted to highlight the presence of women in the Passion Week, through a lady in a mantilla. The frame that reflects the image is the Lintel of the parish of Santa María in the moments before the processions of the morning of Palm Sunday. In the words of Llopis, “represents the desire of the city of Alicante to go out as soon as possible, to be able to celebrate a full Holy Week as soon as sanitary circumstances allow”. The presentation ended with the thanks of the president of the Greater Board when evaluating the “extraordinary effort of brotherhoods and brotherhoods to program activities, complying with anticovid protocols at second consecutive year that there will be no liturgical acts or processions in the streets ”.