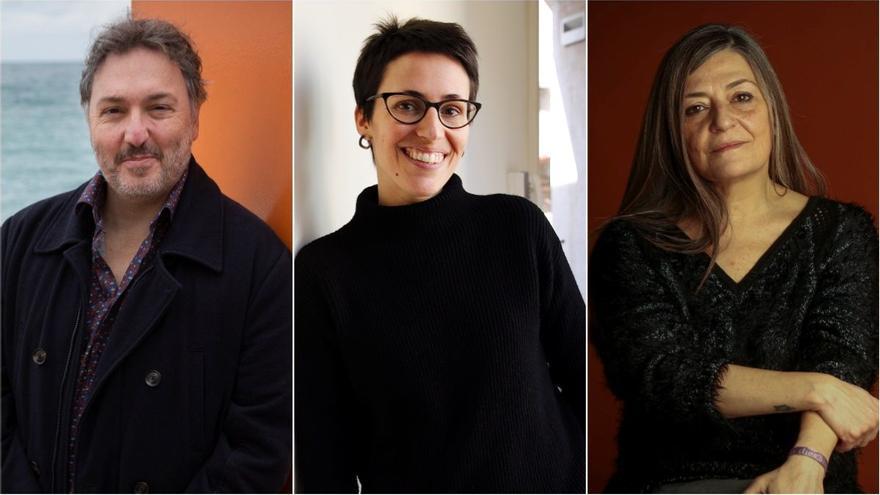 With high morale and the pride of having passed the pandemic test with flying colors, the publishing industry faces the new year with renewed spirits and a range of novelties that will reach bookstores as if nothing had happened here or rather , knowing that the covid has made reading – if it can be said so – fashionable. These are the books that you will want to read yes or yes, in the first quarter of 2022.

They mark the passage of international books. This is the case of ‘Gran Union’ (Salamander) in which the British Zadie Smith, who recently left his residence in New York to return to London, brings together vibrant and forceful accounts written over the years. With ‘A house of my own’, another English one, Deborah Levy (Random House Literature) closes her autobiography in which her memories serve to reflect on her identity as a woman; without forgetting Tessa Hadley that with ‘Free love’ (Sixth Floor / 1984) will further strengthen its pact with lovers of the most classic invoices. From Holland comes ‘My dear favorite’ from Marieke Lucas Rijneveld (Today’s Issues) who won the International Booker with his first book. Classicism also marks the novels of the North American Elizabeth Strout that in ‘Ay, William’ (Alfaguara / 1984) he recovers the protagonist of his novel ‘My name is Lucy Barton’ to recall a marital relationship. Not forgetting the recovery of the gothic novel ‘Hangsaman’ (Minuscule) by the great horror author Shirley Jackson.

Of Nobel Laureates and others

A new translation of ‘On the shore’, masterpiece of the surprising 2021 Tanzanian Nobel laureate Abdulrazak Gurnah (Salamandra) will coincide in bookstores with the latest novel by another nobel, ‘The nights of the plague’, by the Turk Orhan Pamuk (LRH), which in the midst of a pandemic felt the need to explore those of the past, that of the bubonic plague that ravaged Asia at the beginning of the 20th century. Along with them, it will be good to pay attention to two safe values: Nickolas Butler and his ‘Good Luck’ (Asteroid / Periscopi), a fable about ambition set in the Rocky Mountains, and the veteran Swedish nationalized Greek author Theodor Kallifatides, that in ‘Timandra’ he traces a first-person portrait of the woman who in the 5th century BC. C. summoned the best minds of her generation and was the lover of Alcíbiades. Galaxia Gutenberg published the edition and in Spanish. Special mention deserves the delicious ‘Mr. Wilder and I’ from Jonathan Coe (Anagram) in which he recreates the filming of ‘Fedora’, the director’s testamentary film and an exciting reflection on the meaning of motherhood.

Upon his death, John Le Carre left in the drawer the novel ‘Silverview Project’ (Planeta / Ed. 62) an old-style spy novel in which the protagonist will face a typically ‘Lecarreian’ dilemma: choosing between duty towards his country and his own demands ethical. With ‘Violeta’, Isabel Allende (Plaza & Janés), the Chilean bestseller goes through a hundred years of history, lived by the titular protagonist who was born in the middle of the outbreak of the Spanish flu. The third ace of this winning trio is ‘El castillo de Barbazul’ (Tusquets) with which Javier Cercas closes his trilogy starring Melchor Marín, in the near future in which the mosso has left the body but returns to the investigation to discover the whereabouts of his missing daughter.

In Spanish from here

The harvest is loaded with unappealable proposals, such as ‘Cinco winters’ (Alfaguara), with which Olga Merino It will certainly reaffirm the good reception of his novel ‘The Stranger’. Something more than a reflective memoir in which the author recovers the years she lived as a correspondent in Moscow in the 90s from the newspapers written ‘in situ’. With ‘A ridiculous story’ (Tusquets), Luis Landero He sharpens his credited ability for comedy by following the romantic hardships of his protagonist. While Carlos Zanon follows in ‘Love Song’ (Salamander) three musicians embarking on a tour of coastal campsites with songs from 1985 in their repertoire; Jorge Carrion addresses the relationship between man and machine – a subject that he is passionate about – in a novel ‘All museums are science fiction novels’ (Galaxia Gutenberg) which can also be interpreted as an exhibition catalog and’ The book of all loves’ of Agustín Fernández Mallo (Seix Barral), a philosophical novel with a futuristic atmosphere.

In Spanish from there

Latin American literature will have a presence with ‘Melvill’ (Random House Literature), a metaliterary tribute to the classics in which the Argentine Rodrigo Fresan He uses the figures of Herman Melville and his father (who signed his last name without e) to deepen his obsession with writing. From Chile comes ‘I’m a fool for loving you’ (Tusquets) by the trans writer Camila Sosa which was discovered here with ‘Las malas’ and as a recovery, but with novelty honors, we will have to pay attention to ‘Nosotros los Caserta’ (Tusquets), an eccentric family saga of the Argentine Aurora Venturini, a now disappeared author who cemented her fame at age 80.

In ‘El monstre de Santa Helena’ (La Campana / Alfaguara) it is appreciated that the fantasy of Albert Sánchez Piñol It has no limits: this time he uses Napoleon’s last exile to set up an intrigue in which the emperor is not the only monster on the desolate Atlantic island. No little intensity is also expected from ‘Les muses’ (Comanegra), a posthumous novel by the cursed and self-destructive author of Catalan literature, Jordi Cussà, died in 2021 at age 60. Highly anticipated will also be ‘Mamut’ (Club Editor / LRH) from Eva Baltasar that after ‘Permagel’ and ‘Boulder’ closes a triptych about unconventional women and ‘Ràbia’ from the Mallorcan Sebastià Alzamora, about the relationship that a lonely man and somewhat on the fringes of society, maintains with his dog. Without forgetting ‘Els possessius’ (Amsterdam), a novel by Jenn Diaz in which he redeploys his intimate universe that takes Natalia Ginzburg as a reference.

In her portrait ‘The Great Successor’ (Captain Swing), the journalist and great connoisseur of Asia, Anna Fifield establishes a profile at once fascinating and terrifying of Korean leader Kim Johng Un, who was a young man in love with basketball and raised in Switzerland who today stands as the dictator of North Korea, one of the most secret countries in the world. To the musician Santiago Auserón He does not lack ambition: in the essay ‘Sound Art’ (Anagram) he displays a great theoretical apparatus on music in classical Greece and its relationship with other arts. And in ‘Paths in the open’ (Gutenberg Galaxy) the very wise Ramon Andres, very critical of the internet society, he turns the job of writer underpinning the experience in music and art, two fundamental assets in his thinking. A very interesting biography will be that of the poet Gabriel Ferrater, ‘Vèncer la por’ (Ed. 62) signed by Jordi Amat. And if anyone had doubts about the power of monopolies, they should read ‘In the shadow of Amazon’ by Alec MacGillis (Peninsula / Periscope).

The police and criminal section also promises: as far as local authors are concerned, one must be aware of ‘The borrowed names’ of Alexis Ravelo (Siruela) who won the Café Gijón Novel Prize, and ‘Spanish Beauty’ by Esther García Llovet (Anagram) who hereby revalidates everything that he contributed in the wonderful ‘Gordo de feria’. A look at foreign production brings us ‘Bobby March will live forever’ by Alan Parks (Tusquets) and ‘The Mentalist’ (Planet / Column) by Camilla Lackberg This time he has teamed up with an expert in mental agility and suggestion, Henrik Fexeus, to put together this novel.

Centenarians crowd this year. One century after the publication of the novel that opened the door to modernity and when its transgressive charge has not yet been invalidated, two publishers such as Lumen and Galaxia Gutenberg offer two precious editions of ‘Ulysses’ by James Joyce, although in the case of the second it has the incentive of the unpublished drawings that Eduardo Arroyo made and that were left fallow by the veto in his day of the author’s grandson. Most unpublished: ‘The seventy-five folios’ (Lumen) of Marcel Proust that as primitive sketches of his great work ‘In Search of Lost Time’ were found after the death of their owner Bernard de Fallois and are now being released. Another centenary, that of José Saramago, will bring Alfaguara the reissue of all the work of the Portuguese Nobel to which must be added ‘Saramago. Their names’, a biographical album that brings together fragments of his work and photographs. Other centenarians of individual births, that of Pier Paolo Pasolini brings back his essential ‘Corsair Writings’ (Gutenberg Galaxy), while that of the poet Jose Hierro It is celebrated with another biographical book by Jesús Marchamalo, ‘Hierro fumando’ and the essential volume ‘Vida’ that integrates poems, drawings, paintings, photographs and biographical texts (both in Nordic). A separate chapter deserves the appealing edition of ‘La Regenta’ by Clarion, in Ignacio Echevarría’s edition, in Alba’s hardcover collection.