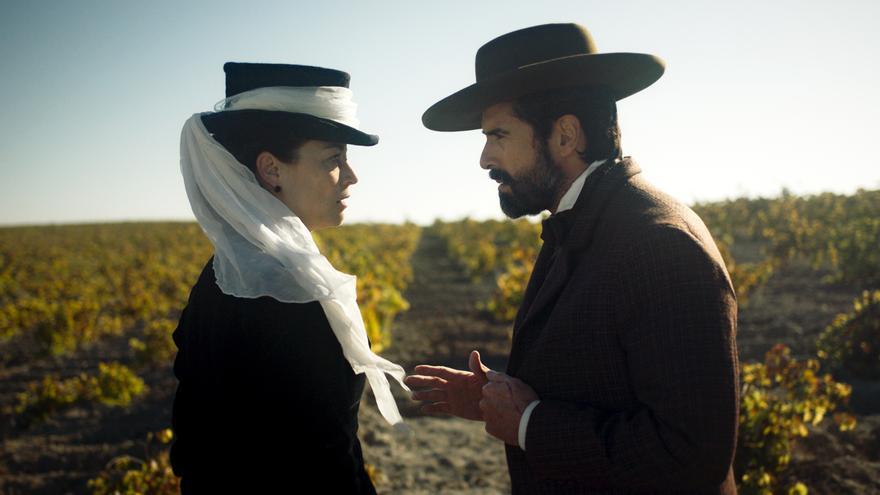 The voracious hunger of platforms and producers to create their own content is making more and more books that have their version on the small screen, an option that is almost the norm among “best sellers“, turned into the safest bet for the audiovisual sector.

As if it were an unwritten rule, almost every successful book now has a second audiovisual life, And almost all the best-selling writers will have, or will have, their books serialized in the coming months.

For the sake of eating more of the diverse and competitive audiovisual cake, Television channels, production companies, and video platforms strive to find stories that attract viewers, and those narrated by best-selling authors are a much more accurate product “a priori” than an original work.

“It has been studied that adaptations of books to movies and series tend to work better. It does not mean that there are wonderful original productions, but there is a risk factor in an unpublished work that does not have so much an adaptation, that part with an advantage point“, explains to Efe Sydney Borjas, general director of the audiovisual agency Scenic Rights.

It is not that it is a mathematical formula for success, but “it influences a lot, because you already have a positively predisposed audience, since generally, when someone reads a book and likes that book, if there is a movie or a series, they end up watching it” , Add.

On March 26, Amazon Prime released “Temperance“, the series based on the homonymous bestseller by the Spanish writer María Dueñas, and the viewers were able to put a face to Mauro Larrea (that of the Colombian actor Rafael Novoa) and be transported more faithfully to the mining Mexico of the 19th century, to the Jerez wineries de la Frontera or colonial Havana.

In all ten episodes of the series Atresmedia Studios (Buendia Estudios) and Boomerang TV, starring Novoa and Leonor Watling, its creators will seek to repeat the success of the previous television version of Dueñas, that of “The time between seams” (2013).

The story of the seamstress turned spy Sira Quiroga (starring Adriana Ugarte), one of the first great Spanish audiovisual productions in serial format, became the most Spanish series seen until then and was the prelude to a current that today it is in full effervescence.

“There have been adaptations a lifetime, but the ‘boom’ now is new and it’s great,” María Dueñas tells Efe, a few days before the premiere of “Temperance“In your opinion, the fact that”our books take on a second life“is” something that we all win: literature and audiovisual fiction win. ”

Borjas manifests himself in the same sense: “There is a brutal ‘boom’. Not only a ‘boom’ in the production of generic series but also in the purchase of rights to books to adapt. At Scenic Rights, we closed 2020, despite the coronavirus, with more than 100 operations, more than double the previous year, “the director of one of the most important intermediary agencies for the purchase and sale of copyright in the Hispanic world explains to Efe. .

Thus, Antena 3 will premiere on April 8 “Castamar’s cook“, with Michelle Jenner turned into the protagonist of the book by Fernando J. Múñez; Movistar + Irene Escolar can be seen since December playing Amelia Garayoa from “Tell me who I am“, the successful novel by Julia Navarro and Netflix also closed last year with”The mess you leave“, the adaptation of the book by Carlos Montero, a series starring Inma Cuesta and Bárbara Lennie.

And honorable mention deserves “Homeland“, the adaptation of the successful book by Fernando Aramburu, which was undoubtedly one of the most viewed, commented and awarded series of 2020.

In a future yet to be defined, viewers will be able to visualize the powerful scene of the man walking naked through downtown Boston with the decapitated head of a young woman, with which Javier Castillo’s “best seller” starts, “The day that sanity was lost“; the documentary series version of” The heart of the empire “by Santiago Posteguillo and that of” The frozen heart “by Almudena Grandes.

“Although the covid has caused a delay in physical production, in the development and search phase of stories it has had a positive effect because story creators have had more time to read and search for good stories than serve as the basis for creating a series“, points out Borjas.

Literature for adolescents also shines on the small screen. There is “Valeria“, the adaptation of the saga” In Valeria’s shoes “, by Elisabet Benavent, that Netflix premiered in 2020 with remarkable success and that it will have a second season.

It will see the light in addition to the hand of Morena Films the series based on the literary trilogy “The invisible girl“, by Francisco de Paula Fernández, known as Blue Jeans. One more example of the unstoppable trend in an audiovisual sector pressured by viewers to give more and more.