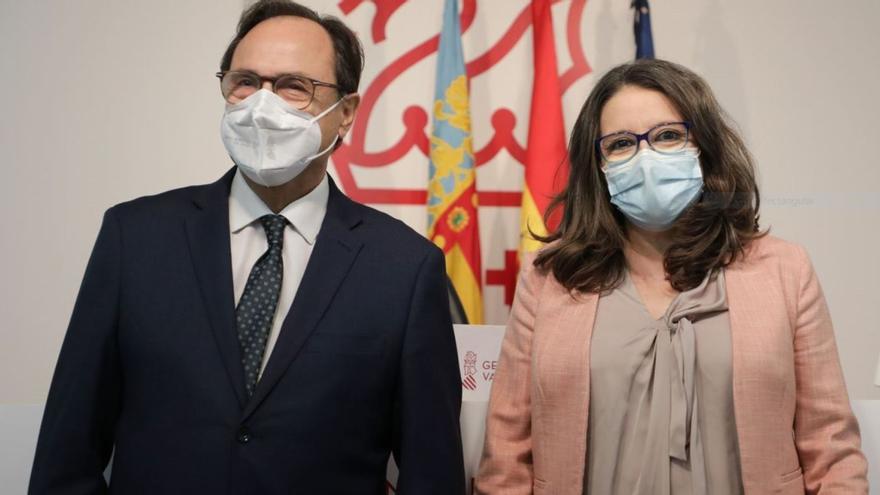 In principle, the political agreement could not be far (a matter of hours, pointed out sources familiar with the negotiation) and even be advanced today by Vice President Mónica Oltra after the plenary meeting, but it will be difficult to celebrate the seventh botanical budgets.

In fact, the difficulties for the agreement show an important fracture within the Consell between the three partners that govern together and, above all, as is now a classic, between Compromís and PSPV. There have been serious difficulties in what, that is, in how to distribute resources and, above all, in the scope of expenses, but to this battle, which was already a classic in previous years, the fight for the control of the times, the when, which for the Socialists must be before the legal deadline, that is to say Sunday, while for Compromís it is a minor matter.

In any case, the times have been so rushed that it will no longer be possible, in the event that the agreement is forged, its technical implementation for this Friday. Thus, the Botànic is led to an unprecedented process and even, if the crisis worsens, to an extension of the budgets that will not be resolved overnight. A scenario that yesterday socialist sources did not rule out.

Dismissed that the document is ready today, the latest information from yesterday afternoon pointed to the convocation on Sunday, the 31st, of an extraordinary plenary session, to give the text a good look and send it to the Cortes within the legal term.

However, from Compromís it was ruled out that day and they point to Tuesday since there is still no agreement on the content. In any case, the budgetary calendar must be modified, since time must be given to the opposition to face the appearances of councilors.

In any case, the experience of this budget that, for the first time, has been negotiated within a political commission shows that the format does not ease the time for consensus and even, it could be said, accentuates the confrontation.

A month and a half of meetings and shuffling of papers between the negotiators who have finally run aground where they have traditionally always been: the tug of war between the vice-presidency of the Consell, led by Oltra, who sets the guidelines for the Compromís ministries, and the Department of the Treasury and, ultimately, of the Presidency. Some pushing to stretch the spending items and others, trying to contain an excessive growth that leads to a budget with feet of clay. Yesterday the figure of a 9% growth was given and a growth in spending on Inclusive Policies exceeding 2,200 million.

The jam for the white smoke was an adjustment of about a billion. In principle, the political commission reached a preliminary agreement waiting for the Treasury to paint enough income. But fitting a million euros into a budget without the extraordinary contributions of the covid by the Government and with revenues that never arrive, among them, the item of under-financing for 1,325 million euros, led to a complicated and dangerous watermark for the Future: Shooting the deficit on the threshold of the return of fiscal rules. The Treasury made it clear that adjustments had to be made, but there was resistance and Compromís refused to ask his ministries for the adjustments.

However, the version from the coalition is different. The sources consulted maintain that the negotiation climate has been good and constructive without the typical tension of when it was the Treasury that negotiated bilaterally with the ministries. Why then the delay? The answer is that, as they defend, the Treasury did not provide until yesterday a document with the forecast of external income (State transfers and European funds), a key information to be able to adjust “the needs” of the ministries. The allusion to this document yesterday generated a monumental anger in the Treasury, which preferred to stick to the script that they are working so that the budgets are on time.

It should be remembered that the general director of the Treasury, Eva Martínez, is present in the negotiating committee, who, according to the Treasury, has brought all the available documentation from the beginning of the negotiations, including, of course, the income, without which it is not possible to design expenses.