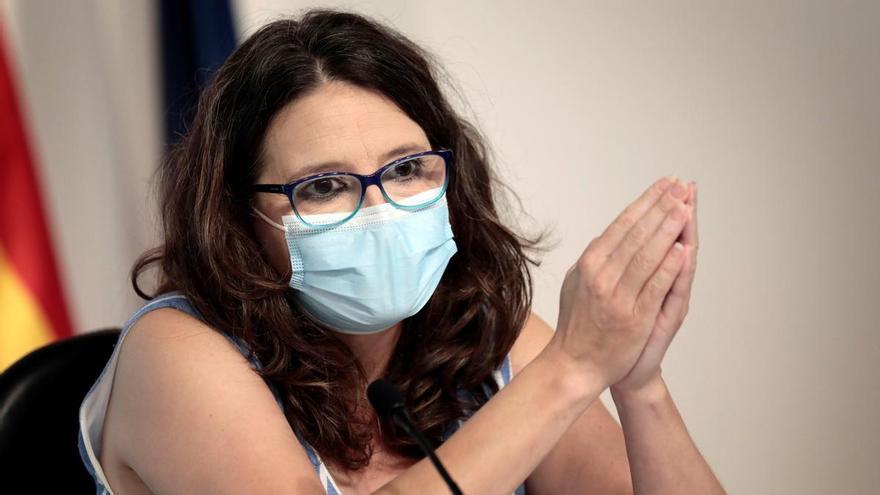 The Council’s agreement, adopted unanimously, is preceded by the meeting held this Thursday by the Minister of Finance and Economic Model, Vicent Soler (PSPV), and the second vice president of the Generalitat, Héctor Ilueca (Unides Podem). Both were in favor of promoting this political negotiation of the accounts. The specific proposal of the Compromís leader was yet to be known, who that same day had another meeting with Soler scheduled, but, the previous afternoon, he called off by surprise and gave him a sit-in. It happened after learning that he had also summoned Illueca a couple of hours later. That maneuver, in any case, predicted a new war over the accounts, a battle to take power away from Soler in the elaboration of the budget and increase control over its elaboration with a greater collective participation of the tripartite.

After the controversy that gave rise to all kinds of interpretations, the first vice president has reappeared this morning and explained that after having transferred her proposal during the plenary session of the Consell, it has been endorsed unanimously. What Oltra has asked is that the budget be drawn up in a “collective and collegiate” way so that when the moment of approval arrives, all the members of the Consell know the global content and not only that of their department. But previously, he remarked, there must be a space for political debate among the plurality of the Consell “to define the budget lines, which must respond to the Botanic agreement and the objectives set by the Consell each semester“.

The regional spokeswoman has detailed that the participants of that imminent commission they do not have to be consellers, rather, it will be made up of those representatives appointed by the Government partners, each their own. With this, it is intended to end the radial model that had been used until now to negotiate budgets, which consisted of the Treasury negotiating individually with each council. Now, what is sought is that there is total transparency in the numbers that are negotiated in each ministry and that all partners know, and therefore decide, how the distribution of funds is configured for next year.

It should be remembered that the negotiation of the accounts last year ended with a monumental row between the PSPV and Compromís, a war in which Oltra came to launch the accusation that the accounts had been falsified before taking them to Parliament, taking funds away from the department he directs. The wound still stings, to the point that the vice president was showing these days willing to tighten the rope as long as it took for a script change to take place in the negotiation of budgets. And so it has been. This turn may mean that the approval of the budgets is extended beyond the month of October, as planned, but that is something that Oltra downplays. He has said that it is desirable that it take place before October 31, once they are “known to all those who have to vote for them and that afterwards there are no surprises”; but he has made clear his position on that if the deadlines have to be lengthened and approve the accounts on December 29 “nothing happens, it would not be the first time.”

Oltra has not wanted to add fuel to the fire and has preferred not to specify the reasons why, in reality, he gave Soler the slip at the meeting scheduled for last Thursday. She simply said that she was the one who called the minister and, in view of the fact that she probably “did not explain well the purpose of the meeting,” she chose to call it off. What I wanted to convey to you is that “you could not go back to a radio negotiation, but a global one,” he said. Last night, they coincided in a ceremony in Valencia and he informed him that his proposal would be explained today in the plenary session of the Consell, as he assures that he has done so.

What the vice president has proposed is, in reality, practically the same thing that Illueca came to defend yesterday. However, Oltra has marked distances and has assured that “he does not know” what he has presented, adding that what he knows is that the second vice president “has agreed with the proposal.” It was Illueca who, precisely, remarked to the media after his meeting with Soler and the vice president’s sit-in that “forms in politics are decisive” and that if the minister had summoned him, his obligation was to attend, an assertion that, without citing her specifically, he questioned Oltra’s attitude.