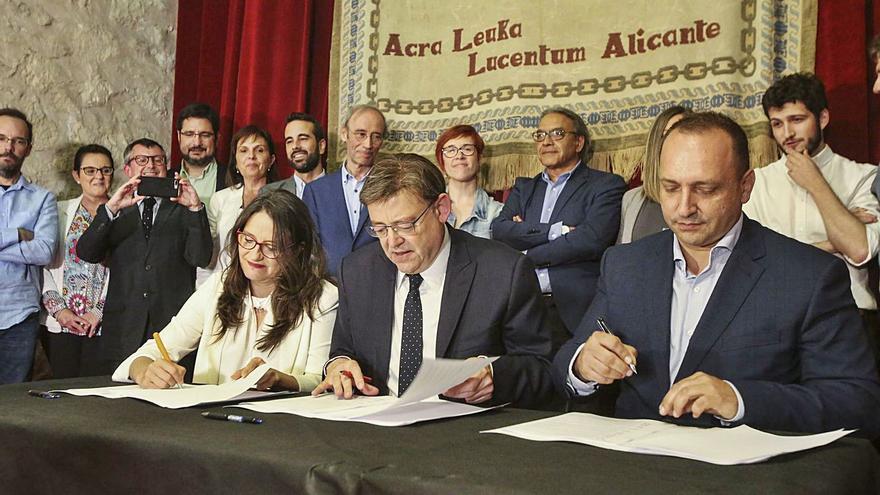 The trustee of the PSPV, Manolo Mata, He recalled that the legislature started with “concern” for DANA and then “the pandemic has contaminated everything”, two “terrible” years, but of which he is proud of the management of the crisis. The socialist valued that the three parties “always” are capable of resolving their discrepancies, because “they neither think the same nor are the same.” In this sense, he defended that “the Botanic has taught us that miscegenation is good and that we must empathize”. Now, he continued, “it is time to move forward on issues such as the ecological transition and the fight against climate change, enhance public services or dignify politics in the face of anti-democratic attitudes.”

Fran Ferri, de Compromís, stressed that the virus leaves two lessons: that “public health is sacred and should not be touched or distributed among four friends of the PP”, as well as education and the importance of the Valencian income of inclusion compared to an income vital minimum that “has not just started”, and that we must solve the problems that Valencians drag, such as under-financing. Ferri trusts that the legislature ends “with the years that remain” and there will not be another electoral advance, although “it all depends on the circumstances.” “Our desire is to exhaust it, because there is much to be done, and it is a responsibility of the Botànic and the Consell that is above all, of discrepancies and any disagreement”.

The trustee of Podem, Pillar Five, delved into the vision of the Botànic as a consolidated government despite the “mistakes” and was very satisfied with the management of the pandemic applying restrictions “when they played.”

Among the opposition, Isabel Bonig (PPCV) criticized that in the Botànic there is “lack of management and lack of future.” The popular warned of the loss of attractiveness of the territory for investors as it is an “increasingly indebted” community and criticized that “sectarianism continues” with the Public Function Law and the linguistic requirement for officials. He also stressed that the mandate has been characterized by the lack of management in the health field.

Meanwhile, the trustee of Cs, Ruth Merino, He assured that “the pandemic has ensured that the Botànic does not carry out its roadmap, those nationalist anxieties that some parties have and the PSPV is dragged by them.” Of course, he believes the crisis management leaves “chiaroscuro”, with a lack of foresight, delay in aid and excess bureaucracy and “impediments due to the disputes between Puig and Oltra.” Finally, from Vox, Ana Vega considered that these two years can only be summarized in that the Botànic «takes advantage of the serious health crisis to accelerate its pan-Catalan roadmap by passing laws that do not matter to anyone, such as the Public Function or the next of expropriation of houses ».