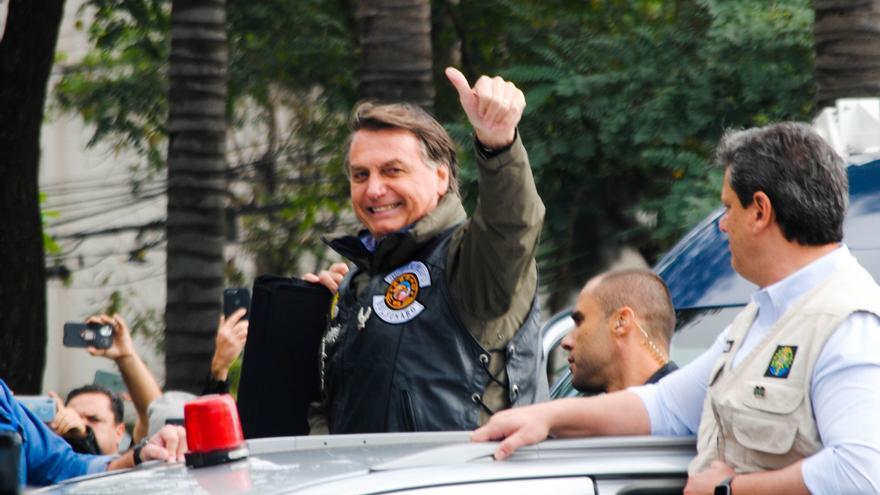 Brazil has already more than half a million deaths from covid-19, a figure that is only exceeded in the world by the United States, mainly because of the denialism of the former Republican president, Donald Trump, whom Bolsonaro has always wanted to emulate.

To portray the character Bolsonaro, nothing better than the quote that Blum used in his article: according to the current Brazilian president, contagion by the virus is “more effective than the vaccine”, and while he governs Brazil, he will fight “so that the good citizens have a weapon and are not required to wear a mask ”.

Blum did not limit himself to denouncing the cruelty of the Brazilian president, but also the lack of reaction from both the International Criminal Court and the European liberal governments, who amuse themselves debating “in illustrated rooms about why democracies die.”

What is happening in Brazil is indeed a major scandal and not only with regard to the lack of measures against the current pandemic but also because of the treatment given to its population of African descent.

More than half of Brazilians define themselves as dark-skinned: three-quarters of the poorest in the country are descendants of slaves, and yet in the current government there is not a single minister with that origin.

In 2018, every twelve minutes in the country a dark-skinned citizen was killed, and one in ten fatalities was killed by the police.

As the German weekly Der Spiegel writes, Brazilian police officers have killed people of color seventeen more times than their US counterparts, which is saying.

There was even a case in Porto Alegre similar to that of George Floyd, although the suffocation of a black man by two security guards from a French supermarket chain did not have as much international repercussion as that of the North American.

Brazilian philosopher Silvio de Almeida, himself also of African descent, recently described as “normal” in a tweet the fact that a black man who walks into a supermarket in his country never knows if he will leave it alive.

The problem is not only the little value that the lives of the black population have in Brazil, but the impunity of this type of crimes and the silence that, unlike what has happened lately in the United States, surrounds the interracial conflict.

According to de Almeida, “racism does not always have to be characterized by hatred.” What is decisive is the creation from the very moment of the founding of the country of “a system of privileges that institutions and companies currently reproduce.

Brazilian elites have done everything possible to maintain their privileges and while the country attracted European immigrants with concessions from huge estates, the descendants of slaves were crowding on the outskirts of large cities and provided the necessary cheap labor.

As the German weekly points out in an extensive report denouncing the current situation in which Stefan Zweig described in his day as “country of the future”, race is no longer a biological factor, but above all “a social factor”.

Regardless of what may be thought of the management of the former president of that country, the former unionist Luiz Inácio Lula da Silva, the truth is that during his term, millions of Brazilians of color became part of a new middle class, which caused the resentment of the old elites and facilitated the triumph of former captain Bolsonaro.