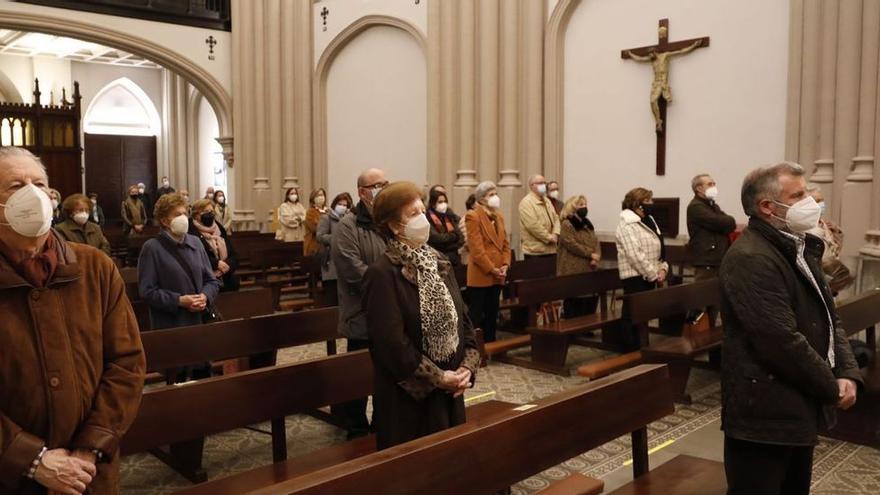 The impact of the pandemic on the accounts of the Archdiocese of Oviedo, as advanced this Monday exclusively by the aforementioned newspaper, resulted in a reduction in revenue of 1.5 million compared to 2019. Among the items that decreased the most are the contributions of the faithful, which went from 3.72 to 3.45 million euros, while collections decreased by 44%, until they are reduced to 87,103 euros. But even now, with widespread vaccination and sanitary restrictions reduced to a minimum, Oviedo’s parishes have not recovered their pre-pandemic numbers.

“It really has been a very tough experience. We had the churches closed for several months, and it showed in the collections and the brush. At the end of the year, in our case, the reduction was around 60% “, he says. Javier Suarez, rector of the basilica of San Juan el Real.

In the case of “Ensanche cathedral”This reduction in contributions forced the parish to stop the works that were being carried out in the temple. “We had to set priorities. We have already done the most urgent: the works on the dome and the cupola, and the rehabilitation of two angels and a stained glass window. It was an investment of 800,000 euros but it had to be undertaken, because it was already dangerous, a rubble could fall on a pedestrian. Now what we still have to do is a more expensive work, of about two million, which includes the restoration of the stained glass windows. But everything is stopped: the fundamental thing is to maintain the contribution to Caritas and help people. People come first, ”says Suárez.

Juan Jose Tuñón, parish priest of San Francisco de Asís, known as “the round church”, confirms that the income of the parishes has sufferedor “a significant decline”, and confirms that since the pandemic began “we have not tackled any type of extraordinary work, even maintenance.” In recent months, although he has noted a “rebound” in mass attendance, Tuñón points out that the influx has not yet reached the levels before the pandemic: “There are many older people who have been significantly influenced by this situation and are afraid . There is a certain prevention and, logically, this shows ”.

Alberto Reigada, parish priest of San Francisco Javier, in La Tenderina, also confirms this reluctance to return to face-to-face services among an important part of the faithful. “The main source of resources for a parish is through collections and donations. As there were no celebrations, that resource was zero, or very little. There were people who kept giving donations, monthly or quarterly, because it is subscribed and they do it through a transfer. But most people, especially older people, don’t do it like that, they prefer to carry it by hand ”, explains Reigada. The parish priest of La Tenderina also points out that the suspension of certain ceremonials during the pandemic, in the case of weddings or funerals, has also reduced the ability to generate income in the parishes. “Now we are celebrating anniversary masses for people who could not have a funeral due to sanitary restrictions,” says the priest.

Although the situation has improved, the income from the collections is still far below what was registered before the pandemic. “We have some collections that persist, which are still very important. They are those of Cáritas, the first Sunday of the month, and those of United Hands and the Domund. In these you can collect triple or four times more than in a normal collection ”, says Reigada. “The volunteer who takes it says that we are having the collection that was there before in summer this winter,” adds Reigada, who celebrates the fact that the expansion works of the church of San Francisco Javier, which cost one million euros, were completed before the pandemic, although the parish is still repaying the loans.