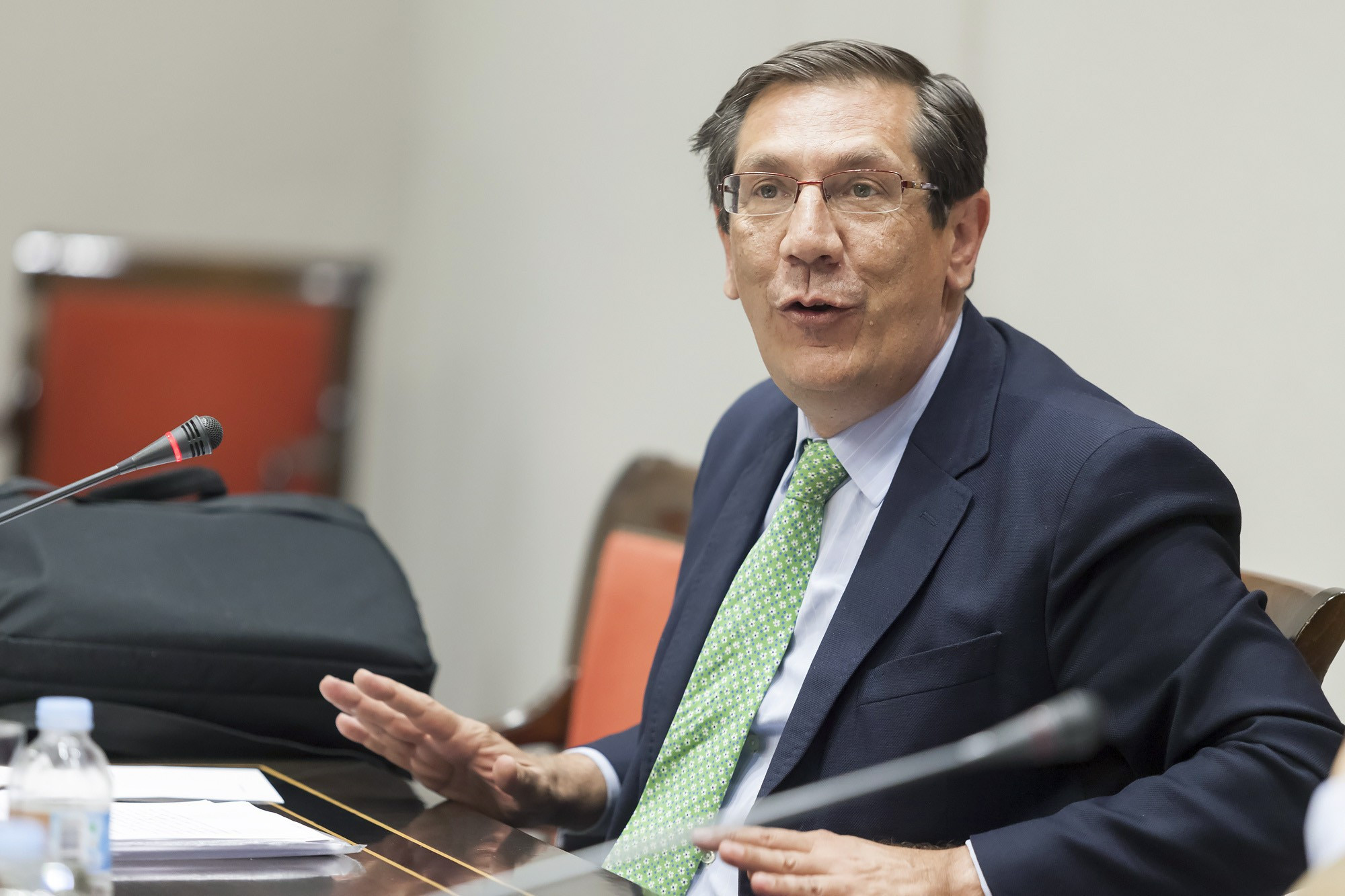 The private businesses of Enrique Arnaldo, candidate proposed by the PP to occupy a magistrate’s seat in the Constitutional Court, question his suitability for the position. The company Legal and Procedural Studies, a law firm that was owned by the jurist, has invoiced works for administrations governed by the popular for 979,000 euros, according to information from the Tax Agency included in the summary of the Palma Arena case. Those jobs, advanced this Thursday on Cadena SER, are detailed in a report from the Treasury with which the Balearic judge José Castro sought to determine if the former Balearic president Jaume Matas rigged a contract with the legal studies company.

The Treasury report details a series of contracts carried out between 2003 and 2008 and concludes that most of Arnaldo’s public contracts were by PP administrations, including, for example, the Valencian Generalitat, the Malaga City Council or the Community from Madrid. Arnaldo’s company also worked with Aena, the Ministries of Labor and the Environment during the last Government of José María Aznar. Arnaldo has been “surprised” by the figures in the Tax Agency report, and has stated, in statements to Cadena SER, that he has never been a member of “any party” and that he does not feel linked to any administration.

Enrique Arnaldo, a professor at the Rey Juan Carlos University, had been sounding for a decade to occupy a position in the Constitutional Court, where he is now arriving at the proposal of the PP. In 1996 he was promoted by this same formation as a member of the General Council of the Judicial Power. With an extensive curriculum – “those of us who dedicate ourselves to the academic world have to adorn and swell to be recognized for the five-year period,” he joked at a conference – this jurist has been very critical of the process and it has moved a lot in circles close to the conservative party.

Arnaldo is a regular contributor to FAES, the foundation headed by José María Aznar and which marks the hardest line of thought among the popular ones. He assumed the defense of Enrique López, current secretary of Justice of the PP and adviser to the Government of Isabel Díaz Ayuso, after being arrested for driving drunk. And the name of the jurist also appears in two of the summaries on causes of corruption linked to the popular: not only the one baptized as Palma Arena case, but also in the Lezo case, the plot that has as its epicenter the former president of Madrid, Ignacio González.

At the end of 2016, just a few months before González was arrested, the Civil Guard intercepted a call from the former president and the professor where they commented on “the new appointments within the Ministry of Justice and the alleged influence that Arnaldo would have in this regard.” “You will be there moving accordingly,” González tells him about possible changes in the leadership of the State Attorney General’s Office. “I am moving so that the new one to replace this lady [en referencia a la ex fiscal general Concepción Madrigal] be good ”, responds the ex-judge of the Judicial Power, who also tells him:“ If I had any [conocimiento] Again, I would call you right away ”.

In another conversation with González, in this case of the former president of Madrid with former minister Eduardo Zaplana, also investigated for corruption, both of them talk about how to maneuver in his favor in the judiciary and directly mention the one now elected to the Constitutional Court: “In that circle, do you know? who moves all the fucking day and messes up? I do not know with what degree of influence, but Enrique López plus Enrique Arnaldo ”, Ignacio González sentence, which includes in the group Pedro González Trevijano, former rector of the Rey Juan Carlos University, current Constitutional magistrate at the proposal of the PP and one of the who now has more ballots to preside over the court of guarantees.

Extract from the report of the Tax Agency, if you cannot read it click here.