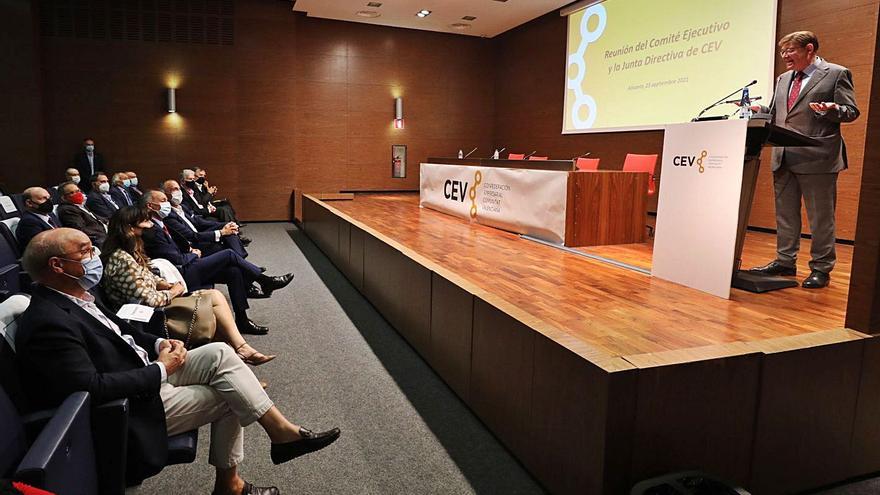 The proposal to tax overnight stays in tourist accommodation in the Valencian Community, something that would have a special impact on the province of Alicante due to the strong weight of the sector, was one of the central themes of the meeting held by the governing bodies of the CEV at IFA. Both the executive committee and the board of directors agreed that this announcement comes at the worst moment, when the sector has not yet recovered from the serious economic crisis derived from the pandemic, so they demand that it be discarded so as not to further harm the companies. companies in the short term.

The president of the CEV himself, Salvador Navarro, did not hesitate to describe the initiative as “crazy” and lacking in “sensitivity.” In his opinion, “instead of putting sticks in the wheels, what we need is a common front that helps accelerate economic recovery and job creation.”

What the sector itself thinks is, if possible, more blunt. The president of the Business and Hotel Association of Benidorm and the Costa Blanca (Hosbec), Toni Mayor, called the proposal from Compromís and Unides Podem “pre-electoral smoke”, in reference to a possible advancement of the regional elections. “It is nonsense in a context like this, in which the sector has gone through it and continues to go through so badly. In the end, it is a matter of ethics, “he emphasized.

For the representative of the hoteliers, this is not the time to propose measures of this type. “When the pandemic and the crisis that it has brought with it we will see,” he said, to clarify next line that, “in any case, if this issue were to be addressed, it should be from a national level. It does not make sense that each territory applies some measures, and less here, where we have estate and inheritance taxes.

And all these statements, with Ximo Puig present at the closing of the business meeting. Asked about this issue, and if he has had any contact in this regard with his government partners, the head of the Consell pointed out that “I am not going to hold debates on debates. I once again state that the great objective at this time is through economic, social and emotional reactivation. Later, within the government, each one defends his position, but you already know what my position is.

Influencing the path of reactivation, Puig advanced the implementation of a “new stage of progressive opening” as of Monday, since “in the next few days the vaccination of 90% of the population will have been reached with a complete schedule” . In line with this announcement, he thanked the CEV for support to social dialogue during the pandemic, indicating that social and business collaboration “has made it possible to generate the stability that allows laying the foundations for recovery”, referring to the forecasts that foresee a growth of the Valencian economy of 6.7% in 2021 and more than 7% in 2022. In this sense, he stated that both exports and tourism itself are going to be “two fundamental sectors.”