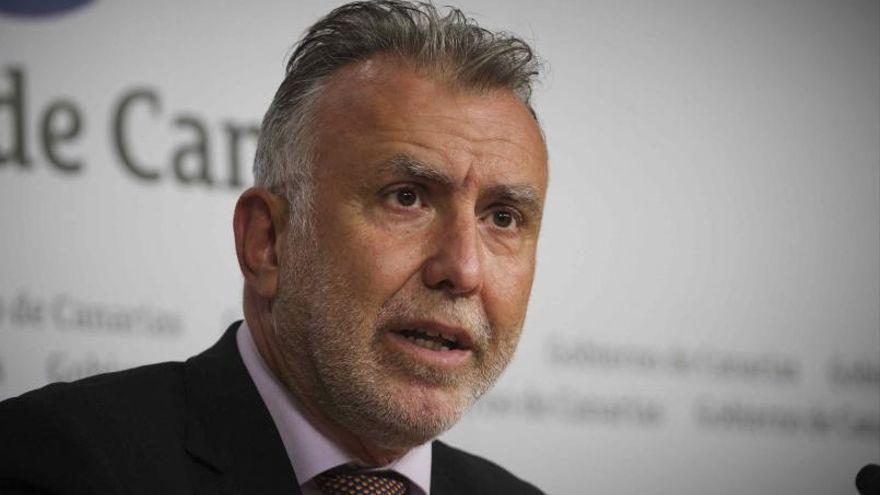 The future first Canarian pandemic law will force workers in the most risky sectors, public or private, to present a covid certificate that well justify your vaccination or that is not infected through a test negative diagnosis. From the Decree-Law, which will be published next Monday, the Ministry of Health will have the tools to determine in which work areas this new measure will be imposed, which will possibly affect schools and institutes, nursing homes and the health field. It is a method, according to the President of the Government of the Canary Islands, Ángel Víctor Torres, after the Governing Council held on Thursday, to give “security” to work activity and thus be able to avoid, among other things, “that a teacher I could be teaching 20 or 25 children under 12, who are not vaccinated, infected “. At present, this requirement already governs the arrival of national passengers and hotel accommodation in the Canary Islands.

The first law of the pandemic will be more lax than the current regulations. The 28 articles and the 80 pages that compose it will allow the Canary Islands to face the evolution of the pandemic. And it is that the Government of the Canary Islands has tried to establish a regulatory framework for “future contingencies”, such as the appearance of new variants, but taking into account that 70% of the population is already vaccinated against covid-19. Specifically, on Thursday, and after administering more than three million doses, the Canary Islands reached 70.8% of herd immunity, that is, accounting not only for the target population but also for the entire general population.

Such is laxity, that This new law will allow, as of Monday, the reopening of nightlife, which has been closed since August 2020. Nor does it establish closure measures for any other type of specific activity. However, as the president stressed, “it can be made more flexible or tougher” in the face of future needs that may emanate from the evolution of the pandemic.

The law, which has been drawn up taking into account the regulations established in Aragon and the Basque Country, establishes less hard gauging at the highest levels of risk as well as a later closing time for night activities. This means that, in level 1, an indoor capacity of 75% and 100% outdoors will be established, as well as a closing time at 03:00 in the morning. In level 2, the indoor capacity will be 50% and 75% outdoors with a closing time at 02:00 hours. Regarding level 3, the interior capacity will be restricted to 40% and the exterior to 75%, with a total closure of the activity at 01:00 hours. Finally, in level 4, only the interior capacity of the establishments will be restricted to 25% – maintaining 75% outdoors – and the closing time will not be changed either, which will remain at 01:00, as in level 3.

However, the new Decree-Law will maintain the same group restrictions that were just ratified yesterday by the Superior Court of Justice of the Canary Islands (TSJC). That is, it will establish meetings of a maximum of 10 people at level 1, 6 at level 2 and 4 at levels 3 and 4. Likewise, regulations also open the door to the possibility that the covid certificate can be requested also in the interior areas of other non-work activities although this, according to Torres, is, for the moment, subject to a state regulatory framework in which it was planned to work once 70% of group immunity was reached.

This Canarian pandemic law, the first in the Canary Islands, will come into force next Monday, when the Government of the Canary Islands plans to publish it in the Official Gazette of the Canary Islands (BOC). And, from then on, it must be complied with in the Islands that are at each risk level. This means that Tenerife –which dropped in level yesterday thanks to the improvement of its indicators–, Gran Canaria and Fuerteventura, will have to comply with these new level 3 rules as of Monday and the same will happen with the islands that are in level 1, which since yesterday are, in addition to El Hierro and La Gomera, Lanzarote and La Palma.

“The pandemic is not over”

In this sense, and after stating that there is no island classified at risk level 4, the President of the Government congratulated himself because the Canary Islands “has bent” the curve, although he accompanied his positive message with a warning: “the pandemic is not overcome ». In fact, it will not do so until the World Health Organization (WHO) considers it as such.

The Public Health report analyzed by the Governing Council reflects the sustained drop in incidence accumulated in recent weeks. Specifically, in the Canary Islands 1,168 cases have been reported in the last week, which represents a decrease of around 30% compared to the previous weekr (August 18-24, in which 1,684 cases were reported). Even so, the General Directorate of Public Health insists that this fifth wave produced by the Delta variant has not ended and that the virus has not disappeared, so it insists on the importance of vaccination and the maintenance of certain measures – The number of daily deaths has also started to decline in recent days after a notable increase since the last week of July. There have been 17 deaths this week, 9 less than the previous week. For its part, the number of conventional beds occupied by covid-19 patients is in decline throughout the Canary Islands, where it has gone from having more than 370 occupied beds to 351. The occupation of critics has also decreased, although to a lesser extent.

The Assembly7Islas, which brings together 11,000 workers from the Canary Islands Health Service, warns the Ministry of Health that there is a rejection of many workers to treat infected patients declared deniers. In this sense, they have requested a legal report for those who want to avail themselves of conscientious objection. As they explain, conscientious objection is the refusal to comply “with something prescribed by law, since the effects of its fulfillment are considered contrary to one’s own ideological, moral or religious convictions.” “Not getting vaccinated is detrimental to individual and collective health and can lead to death, especially of the most vulnerable,” says the union in a statement. They also assure that there are 30 patients declared deniers in the ICU and ward.