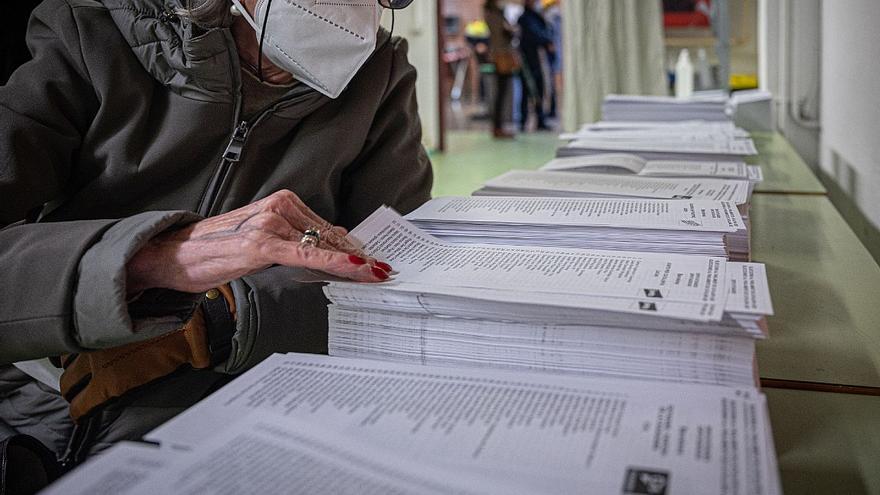 Party responsible for an electoral repetition.

To these data, however, it is necessary to add a look by blocks. Among those who say they feel independentists, the first cause of that eventual return to the polls is ERC (34.5% vs. 29.8% of Together). And between the non-secessionists, the identification of those from Puigdemont is double that of those from Junqueras (32.4% to 16%)

Straw in someone else’s eye

All the voters of parties that obtained parliamentary representation see Junts as the main culprit …except the electors of Junts. Thus, 68.5% of Puigdemontistas would blame ERC for this eventual electoral repetition, for only 8.5% who criticize themselves and “blame themselves.” In turn, Esquerra voters show more self-criticism than Junts voters. (12.1% point to their own party as the cause, only above 10.9% of the public of Cs who see ERC as ‘less guilty’).

The 44.1% of Republican voters who choose to mention Junts is surpassed by 50.2% of those from the CUP and 48.4% of PP voters who see the cause of the blockade in the negotiating attitude of the post-convergents .

Party responsible for an electoral repetition.

Those who distribute blame the most they are the ones who chose the ballot of Together We Can, surely angered by the meeting of the three secessionist parties on Wednesday that blocked the way for the Republicans to negotiate with the ‘commons’. Thus, 40.9% mentions Junts and 27.8% ERC. Among the socialists, the balance is tipped towards the same side, with more clarity (40.9% -17%).

Only the far right would applaud

All this in a context where only 14.3% of those surveyed would see the repetition of the elections well or very well, by 73.4% who would classify it as bad or very bad. By party, only ultra-right voters see the new elections with good eyes (74.5%), followed by Citizens, with 34.9%, less than half. Among the central parties, 19.2% of socialists, 14.5% of postconvergents and 10.1% of Republicans would see it favorably.

Those who defend with more determination how disastrous it would be to return to the polls in July they are the voters of the PDECat: up to 91.1% see it badly or very badly. It is worth noting in this classification the distance between those who chose the ERC ballot on 14-F (83.6% see it badly) and those who did so for Junts (73.8%, 10 points) and the PSC ( 70.8%). Perhaps because the latter have the feeling, right or wrong, that they could do better in an eventual summer election.