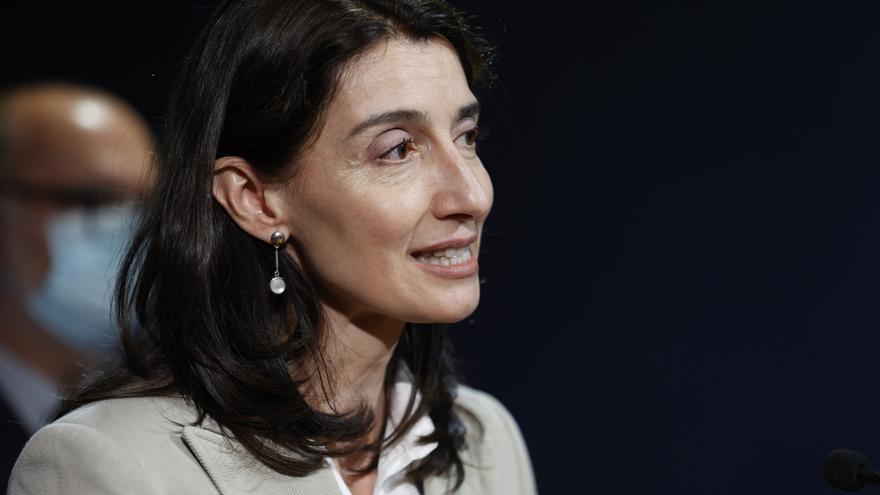 The preliminary draft of Organizational Efficiency Law that drives the Ministry of Justice, which will create the instance courts As the first step in the judicial organization in Spain, this Thursday he will pass his exam at the Plenary session of the General Council of the Judiciary (CGPJ). However, the draft of the report to be discussed by the members also warns of “insufficiencies, inconsistencies and doubtful aspects that deserve to be reconsidered “, among which is the risk of “appearance” of lack of impartiality in the new bodies by the system chosen for their composition.

The draft of the report, to which you have had access THE PERIODIC OF SPAIN, a newspaper belonging to the same communication group as this medium, is signed by the members Juan Martínez Moya, Rafael Mozo, Álvaro Cuesta and María Ángeles Carmona, and it is noted that the rule of composition of these collegiate bodies leaves wide margins of discretion in the hands of the president of the court of instance, which together with the absence of general criteria “does not prevent the risk of appearance of ad hoc designations“.

For this reason, the speakers believe that the pre-legislator should make an effort to predetermine the rules of composition based, for example, on the approval of a shift based on objective criteria on an annual basis.

That Law, incardinated within the project Justice 2030, is the second reported by the CGPJ of the group of three Efficiency laws designed by the previous ministerial team, chaired by Juan Carlos Campo, and that the current minister, Pilar Llop, has prevailed for its approval to the detriment of other reforms, such as the Criminal Procedure Law (LEC).

The latter, aimed at overcoming the current nineteenth-century model of examining magistrate, it was to be the jewel in the crown of the department of Campo, but the Council has been asked not to be in a hurry to make its report in addition to creating a commission that will review it after receiving a very critical opinion from the Fiscal Council. This means putting it in a drawer, according to the sources consulted by EL PERIÓDICO DE ESPAÑA in the Council. Instead, Llop asked to speed up the report on the law of the courts of first instance and in the Council of Ministers on October 19, the Draft of the last of the planned ones, that of Digital Efficiency, was approved.

Other points to improve

In addition to the point on the composition of the courts, the rapporteurs will present to their colleagues other weak aspects of the draftAs is the coexistence in the same Court of Instance, in particular, those located in the provincial capitals, of Sections with demarcation limited to the judicial district together with others of provincial demarcation, some confusion can be generated by overlapping. “The approach of the pre-legislator is, in this way, continuity with the current demarcation, giving up more ambitious options such as the one proposed in 2014 with the creation of courts of instances provincial-based“warns the draft report.

They also warn against anticipating a Speciality on Childhood, Family and Capacity within the Judicial Career that affects professional promotion and the provision of the destinations of these specialized jurisdictional bodies; or that it does not contemplate, at least, a special formation and qualification of the judges and magistrates that have to serve in these judicial organs.

Regarding Violence against Women, they add that the exceptional nature of the ‘district’ of the courts contemplated by the reform “it is not aligned with the action proposals that make up the State Pact in matters of gender violence “, which favors maintaining the extension of the jurisdiction of the Violence courts to two or more judicial parties if it results in a qualitative improvement of the attention and the means available.

Despite these caveats, the proposal under discussion positively values ​​that it seeks to overcome the nineteenth-century model of the Court as a single-person bodyl that, in the opinion of the Statement of Motives of the law, has been becoming obsolete as a result of social changes derived from a greater complexity of social and economic relations, the significant increase in litigation and the spectacular progress in the field of information and communication technologies, as well as transport infrastructures.

They also find it positive that the judicial model, by introducing collegiality at all levels of the jurisdiction; that it is facilitated, an efficient use of personal and material means is facilitated when increasing the capacities of the justice system and that homogeneity of criteria and practices is promoted, “with the consequent benefit for legal security and equality in the application of the law”.

Regarding the impact of the law, in the reports sent to the CGPJ the Ministry emphasized that the courts of first instance will be an “ideal instrument to reduce the territorial gap, the digital gap and the ecological gap, bringing public services closer to people regardless of where they live. ”

“It is considered, therefore, as a positive action, since it includes specific intervention measures that act on the social barriers that hinder the Equal opportunities for women and men”, adds the analysis of Justice.

The Ministry also considers that the new organizational model based on the new Courts of Instance, the Justice Offices in the municipalities and the Judicial Office “will contribute very effectively to reducing daily trips to judicial headquarters”, since the possibility of that officials work from their homes, or from offices in the municipalities closest to their places of residence, but not necessarily located in the physical headquarters of the courts.

They also provide for the possibility of carrying out a large number of actions that until now have been carried out in person before the Courts, through secure video conferencing systems, avoiding displacements; in addition to avoiding concentration of people in judicial headquarters with the consequent reduction of the risk of contagion of any type of virus.