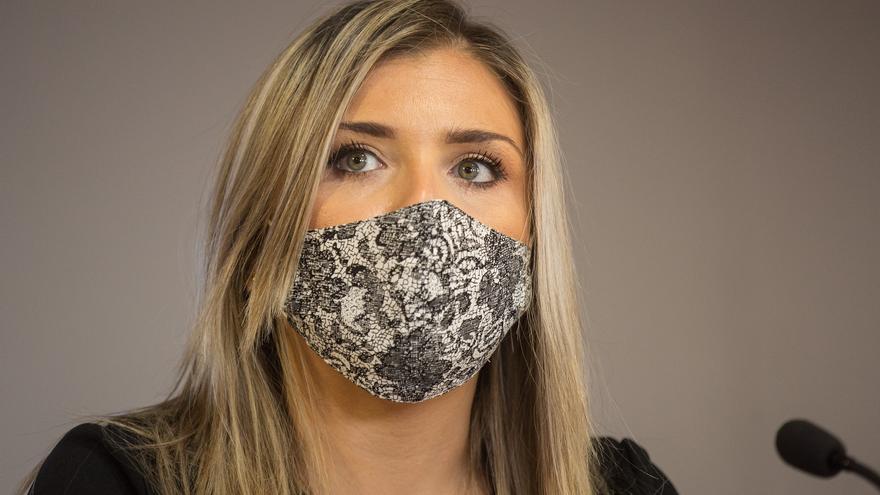 There will be no parties themed children’s birthdays. Of the rest, nothing is known, yet. The Municipal Tourist Board has ensured that it will have a veto capacity, as well as the Ministry of Culture As it is an Asset of Cultural Interest (BIC), in the activities proposed by the company that will foreseeably be the winner of the Santa Bárbara castle management service. The offer, valued by the technicians, included numerous initiatives, among them, celebrating the birthday party set on themes of knights, princesses and dragons in the castle of Santa Bárbara; wine tastings and tastings of Alicante products, with conferences and talks on Alicante gastronomy; a “escape room»In different modalities and themed by seasons; yoga days in interior and exterior spaces of the castle; giant articulated puppets of seven meters that move and speak through the space of the fortress; musical experiences with concerts chamber for small groups in the cistern; horror nights in the castle with nocturnal routes; gastronomic experience with medieval and arabic themes; a “talent show»In the style of television with amateur artists from Alicante; modern circus shows with the combination of aerial ballet, acrobatics, live music and digital imaging; decorations and settings with chocolate sculptures for families and Christmas atmosphere and thematic activities to end the year. “They have made a proposal, within the amounts they can assume. They have proposed and now the board will choose. We can also propose other activities. And everything has to have the approval of the Ministry for being a BIC. Our objective it means doubling the number of visitors in a year “, the Board of Trustees pointed out at the end of the Governing Board, which approved the classification that leaves Esatur as the company with the best offer. The proposal has gone ahead despite the abstention of the PSOE and the votes against United We Can and Compromís, who have coincided when criticizing that the meeting has been called, once again, by the urgency route.

Later, through a press release, the vice mayor, Mari Carmen Sánchez, He explained that “the Municipal Tourist Board will always have the last word on the activities carried out in the Castle of Santa Bárbara.” The offers of both companies, according to the note, “have been valued positively” by the Councilor for Tourism, “for what they will mean for the revival of the bastion.” Sánchez explained that “each company presents its proposals, but that does not mean that we are going to authorize all of them; Some of the activities that they propose have not even been evaluated or scored and will not be authorized ”. This has been shown, they add, “given the concern expressed by some political groups about some of the activities proposed by the company best valued by technicians, Esatur.” In addition, Sánchez has added that the “specifications have passed the previous filter of the Ministry of Culture, as the Castle is a Property of Cultural Interest (BIC), and through the Historic Heritage area of ​​the Alicante City Council”.

The proposal of the best ranked company, according to the technical report signed by the head of service of the board of trustees, also includes Guided visits lasting seventy minutes, which means expanding the requirement of the specifications, with eleven stops along the way. In addition, it also proposes the incorporation of four guided tours with specific content: “Women’s Day”, “Alicante 360”, “Architecture” and “Archeology”. On the other hand, the winning bid of the contest includes six options of dramatized visits, in addition to six temporary exhibitions, offering the possibility of holding an open-air exhibition that allows a greater scope of the elements. Regarding the revitalization actions In the Alicante castle, the winning offer proposes 78 activities, 26 more than those required by the specifications, with specific programming for festivities such as Halloween, Christmas or Carnival, among other.

The Socialist deputy spokesperson, Trini Amorós, has described as “unpresentable” that the government of Barcala sends the call of the Tourist Board with less than 24 hours of margin, proposing to address two issues of “utmost importance” such as the final resolution of concession and denial of aid for associations, non-profit organizations and companies for the tourist reactivation of Alicante and the contract for the tourist revitalization service of the Castle of Santa Bárbara. Amorós assures that it is “an attempt to hijack the debate and the proposals on the management of the Castle of Santa Bárbara.” “With the governments of the PP, citizens lose in democratic quality, they do not even keep the minimum forms. The normal management of a Board of Trustees cannot be made extraordinary and insufficient,” he concluded.

For his part, Commitment spokesman, Natxo Bellido, has maintained a critical position with the board of trustees: “We continue to show our critical opinion with the decision to start the house with the roof. You cannot draw a sheet to energize the castle when the castle’s master plan is not debated. they are also concerned with part of the activities that they want to start up. The model on the right is not the right one to value our heritage. ”