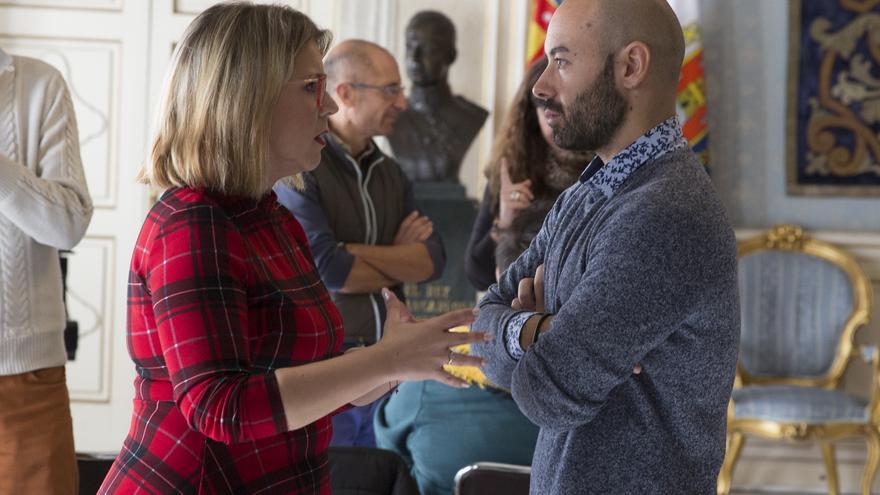 The person in charge of the area, Mari Carmen Sánchez, together with the mayor of Equality, María Conejero, have promoted this investigation, which was carried out between the months of September and December of last year, and whose purpose is to know the reality linked to detecting discrimination, violence and crimes suffered by the LGTBI community in the municipality of Alicante, as well as planning tending actions to its transformation, municipal sources explain. The deputy mayor recalled that “it is a historical vindication of associationism and the LGTBI community. What is interesting is the objectivity with which we have worked, which allows us to have a diagnosis and a long-term framework for action ”. Likewise, they recall that in the presentation, last March, the different municipal groups, associations, groups, institutes or unions, among others, were present.

Technical report of the study

The analysis, carried out by the expert consultant The Naturadora includes a social diagnosis and a Strategic plan Implement in the next four years. For this, they explain, three questionnaires have been prepared aimed at 483 students who study in 10 secondary and high school educational centers, aged between 12 to 18 years. A total of 139 teachers have also participated and it has been expanded to a representative sample of 607 citizens of Alicante.

In addition, they have been used qualitative techniques of social research with the performance of 14 in-depth interviews with key agents of the municipality of Alicante.

In all the questionnaires sent, women participated more than men. Among the students, they represent 59.4% of girls compared to 38.9% of boys, while among teachers, women represent 61.2%. Regarding the general population, women account for 55.4% of the total of the people surveyed.

Regarding the data on participation by age among the students, the Most represented age is around 17 years. While in the surveyed teachers, the interval is from 40 to 54 years. For its part, the most frequent age range in citizenship is between 18 to 29 years old.

Refering to sexual orientation of the participants, Among the students there is a greater heterosexual representation with 69.2% and the teachers 87.8%. However, among the bulk of the population, the majority of those who responded to the study are LGTBI people in a percentage of 56%.

The Municipal LGTBI Plan, according to the data provided by the municipal government, includes a integrative program to be applied in the next four years, with 106 actions to turn Alicante into a “friendly city” that involves the administration, the different entities and the social agents.

The axis of this study is to develop a local public policy on LGTBI matters so that this group feels integrated into Alicante society. As well as highlighting the transversality of sexual and gender diversity in municipal administration.

One of the objectives raised by the Equality area is “to make Alicante visible as a reference tourist city in gender and sexual diversity, spreading the struggle of the LGTBI movement throughout the history of the city.” Likewise, the City Council aims to “detect and combat harassment towards LGTBI people in the work environment, in educational centers and the young population, and in sports, as well as incorporate the perspective of sexual and gender diversity in Health policies, and in the area of ​​Social Action. In addition to ensuring that the pThe personnel of the security forces are knowledgeable and respectful of all the realities of LGTBI people and ensure safety and protection “.

The councilors of United We Can and other representatives

Xavier López, spokesperson for United We Can at the Alicante City Council, considers that in the LGTBI Strategic Plan “the entities and groups that we are truly exercising the opposition have been deliberately concealed”, and recalls “that only a presentation of the study was provided, without going into the specific measures that are being implemented”. Some measures that his group intends to know today “to analyze how without a budget, the Popular Party and Mrs. Sánchez intend to develop it.” And it is that for López, “the pinkwashing operation of the government team, endorsed by the Socialist Party, is allowing the extreme right to be whitewashed in Alicante by facilitating the Popular Party and Sánchez to push a document without money in the accounts, while the recognition of trans rights is blocked in plenary session and while Barcala agrees to introduce the xenophobic, sexist, racist and lgtbiphobic agenda of Vox in the day to day of its management ”.

López points out that the only real demonstration of commitment to LGTBI rights of the Popular Party, Socialist Party and the vice mayor and mayor of Ciudadanos Mari Carmen Sánchez is a “Emergency credit modification that endows the departure of the plan with sufficient resources to carry it out from the moment of its final approval “, only this” would imply breaking with the extreme right “, and announces that Your group will review the document first for “if more action is needed”.

Nevertheless, the training positively values ​​the steps forward for the approval of a LGTBI Strategic Plan for Alicante and congratulates the groups and entities linked to their struggle “to push towards a more inclusive and fair city in terms of rights.” Something that also considers “a victory of its own since it is our group that has put the political agenda of this city at the center of social demands of gay, lesbian, bisexual, intersex and trans people, reluctantly dragging the area councilor, Mari Carmen Sánchez, which has repeatedly demonstrated in the two years in office its complete ignorance of this issue ”.

The left-wing coalition recalls that in the last months of the Barcala government “Alicante has remained in its municipal plenary session without an institutional declaration for the day of LGTBI rights and without recognition of the visibility of trans people, by repeatedly voting against, the government team together with the extreme right, of initiatives that demanded specific local policies for the group ”. A failure, in the opinion of United We Can “exclusive of Mari Carmen Sánchez, in permanent war with the referent entities in the city and also with our political group. “” Sánchez tries to lead a space that does not correspond to him, with his management more than questioned by Alicante activism. ”