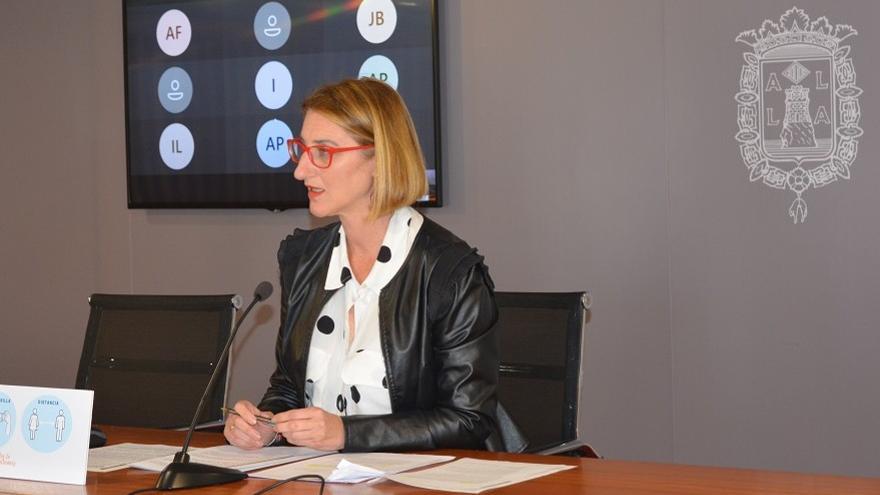 The bipartisan has approved this morning in Extraordinary Governing Board, at the proposal of the Local Development Agency, the II Call of the Resistir Plan with a credit of 5,639,366 euros that will be used mainly for retail trade, activities related to parties, beauty salons and hairdressers, gyms, taxis, extracurricular activities, among more than a hundred epigraphs of the CNAE (national classification of economic activities), that did not enter the first call or that have not been the subject of other aid packages.

This second call for aid occurs as announced by the mayor, Luis Barcala, after the payment of the first, which has allowed to inject 4,294,349.51 euros to a total of 1,759 self-employed persons and small companies with up to 10 workers of the sectors of hospitality, leisure, culture, small accommodation and non-sedentary sale in markets, among others. Income that is already being made this week after releasing the money from the municipal Treasury.

As in the first aid package, in this second the beneficiaries, self-employed persons and micro-enterprises with up to 10 workers, will receive 2,000 euros and an additional 200 euros for each employee registered before December 31, 2020, up to a maximum of 4,000 euros.

The Councilor for Employment and Development, Mari Carmen of Spain, has explained that this second aid package has been prepared to cover a wide range of activities that did not enter the first, with the exception of those that are already included in other plans such as hotels, for which the Municipal Tourist Board has enabled a line of aid of 500,000 euros ·.

From Spain he has also highlighted that 710,000 euros have been requested from the Alicante Provincial Council for another aid package for SMEs with between 10 and 20 workers open to all CNAE epigraphs, which do not fall under the Resist Plan, and which have also suffered the effects of the pandemic, the call for which is expected to be held at the end of next month or at the beginning of the following month.

Among the novelties that are introduced in the bases of this second call for the Resistir Plan is the fact that self-employed persons and small companies that have both fiscal headquarters, as well as physical activity in the city. In this way, the holders of hostelry, leisure or cultural establishments with fiscal headquarters outside the city who were unable to do so in the first call, may request the aid. Applications whose holders have debts with the Treasury will also be accepted.

From Spain has explained that now the bases are referred tol Official Gazette of the Province (BOP) for publication, which is estimated to be in the middle of next week, at which time the deadline for submitting requests for prior appointment will be opened, which will be maintained for 15 working days.

Those interested in attending this second call for aid from the Plan Resistir may submit applications electronically through the electronic headquarters of the City Council with access through the web www.alicante.es and www.impulsalicante.es, where they will be able to consult the bases of the call, thus consult the requirements and documentation to be provided and fill in the forms with a digital certificate. An address of email for inquiries [email protected]