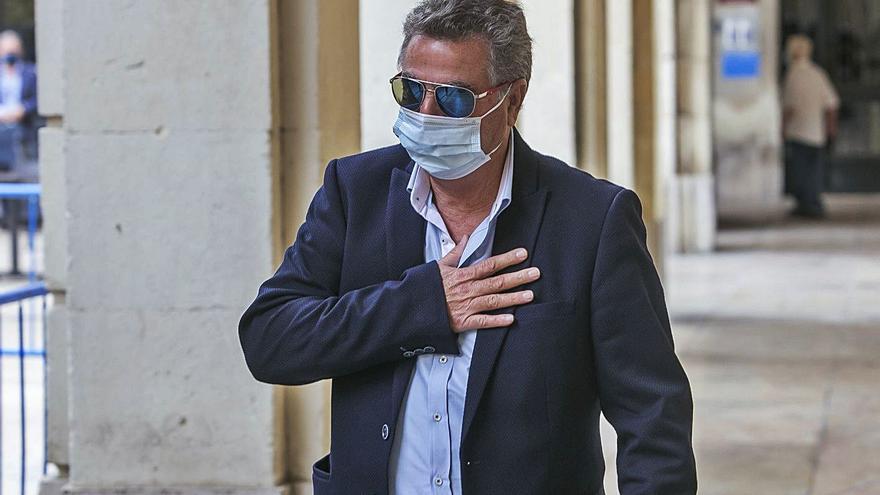 After the notification of the sentence last July, the mayor of Alicante, Luis Barcala, assured that the Consistory, which exercised the private prosecution in the case, would not appeal to the Supreme Court, although later the government team formed by PP and Citizens left this decision in the hands of the municipal legal services.

In a brief presented in the Third Section of the Alicante Court, the lawyer José María López Coig notifies the court of the intention not to file an appeal with the Supreme Court on behalf of the private accusation exercised by the City Council and also communicates his dismissal as lawyer, so that from now on it will be the lawyers of the legal service of the Consistory who will assume the representation during the rest of the processing of the case.

Alperi does go to the High Court

So far, the defense lawyer of former mayor Luis Díaz Alperi, Vicente Grima, is the only one who has notified the Court that he will appeal to the Supreme Court his sentence to a fine of 6,000 euros for bribery when accepting a trip to Crete by private jet. The lawyer announced the appeal for violation of constitutional precepts.

It is also expected that the Prosecutor’s Office will do it and it is unknown if Esquerra Unida, which exercises popular action, will do so. The request for extension of the term by the Public Ministry and the presentation of appeals that are pending to be resolved by the Alicante Court is lengthening the process to announce the cassation before the High Court.

The Prosecutor’s Office, in addition to requesting an extension of the term to file the appeal, presented before the Third Section of the Hearing a letter demanding a new wording of the sentence because it ensures that the court did not include in the ruling a pronouncement on alleged irregularities in the processing of the PGOU that were the object of accusation by Anti-Corruption.

Omissions in the sentence

Prosecutors warn in their writing to the court that the ruling makes no allusion to the agreement signed with the accusations by Enrique Ortiz in which he pleaded guilty to the crimes and which he later retracted at the beginning of the trial. Likewise, the Public Ministry refers in its petition to a dozen alleged irregularities that were the subject of accusation and the court does not pronounce itself.

These omissions include the exchanges of documentation between the defendants during the drafting of the General Plan and the Bankia report in which the alleged benefit of Enrique Ortiz is discussed only with the initial approval of the PGOU.

This letter from the anti-corruption prosecutors Felipe Briones and Pablo Romero passed into the hands of the Chamber for a ruling, but before it did, the popular action lawyer, José Luis Romero, and that of the former mayor Sonia Castedo, Ignacio Gally , filed an appeal for reconsideration, considering that they should have first served the parties of this Anticorruption petition.

The defense lawyer for the businessman Enrique Ortiz, Francisco Ruiz Marco, also demanded that the court clarify whether there is a material error in the article of the Penal Code for which the Alicante builder was convicted of bribery as well as the return of the 1,390,000 euros that consigned to face a possible civil liability that the court has not estimated.

Once the judicial activity in the Hearing has restarted, in the next few weeks all these requests will be resolved and the deadline to present the appeals before the Supreme Court will be known.

The builder Enrique Ortiz is waiting for the Third Section of the Hearing to rule on the brief presented by his lawyer, Francisco Ruiz Marco, for the return of the 1,390,000 euros that he consigned as civil liability in case of conviction. Ortiz was only sentenced to a fine of 18,000 euros for bribery, but he was acquitted of the PGOU’s rigging and for this he claims his money. The court must decide whether to return the bond now or wait for the judgment to be final.