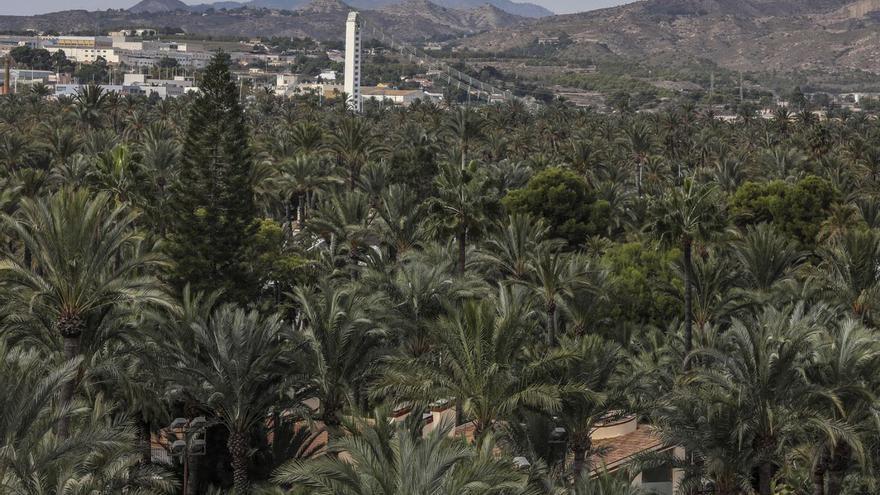 Meanwhile, in the short term, the City Council is going to carry out a study to quantify the cost required for the conservation of the Palm Grove so that the regional administration can begin to pay for half of the expenses, as dictated by the new law.

What the socialist alderman wants is to have a “meticulous assessment” in order, not only to know how much money comes out of the municipal coffers to maintain the Elche oasis, but also to know how much should be spent so that it is in perfect condition. However, for the budget for next year that the Consell is closing, González does not give guarantees that there may be an economic item given the dates. “The important thing is not this budget, but the stage that opens from now on,” he said.

The government team came to estimate a few months ago that it takes between two and three million euros to have the World Heritage Site “immaculate”, an amount completely unaffordable by the municipal coffers. However, in all this time no one has ever been able to put exact figures on what it would cost to have the millennial property in perfect condition.

The socialist councilor wanted to emphasize that one of the main elements contemplated by the regulations is the demand of the government team and especially his co-financing of the huge expenses that the El Palmeral represents. That, and the slowdown to the new constructions in the orchards recognized by Unesco. Something that, according to the mayor, is one of the reasons why PP and Vox have not given their support to the legislation.

«It is a pity that they have not joined the consensus, which reveals his confused position on the Palmeral and the construction“Said González.

What the first mayor has also wanted to claim is that this article, which came forward in the Valencian parliament with the votes in favor of the PSOE, Compromís, Podemos and Ciudadanos, was conceived in the City Council of Elche after the consensus with groups familiar with the Palmeral .

«We have been protagonists, we have made the law. They have not made us the law », defended González.

And, unlike in 1986, in this new regulation municipal technicians, biologists and lawyers set up a draft in 2017 that laid the foundations of the regulation that the Valencian Courts endorsed on Thursday after passing through the Ministry of Culture and the incorporation of amendments of parliamentary groups.

It was in that final stretch of the procedure when the Botànic decided, after the numerous demands of Elche, to amend the draft to include that the Generalitat Valenciana will have to finance 50% of the expenses.

Commitments for 2022: Use Plan and Special Plan

The government team has two pending issues with the Palmeral that are more necessary now that the new law has been approved. Prepare the Special Palm Grove Plan, with which urban planning issues on the different orchards according to their protection will be specified, which is advanced and that if not approved will expire in 2023. It serves, among other things, to define the level of construction in plots with palm trees located in the urban area.

And on the other hand, it has on the table to prepare the Use and Management Plan to clarify what can and cannot be done in the orchards. This document is mandatory since UNESCO granted the World Heritage Site, it also began to be drafted in 2017 and it was never known more.

The mayor, Carlos González, assured that his objective is to end next year with both plans in the process of approval, which depends first on the City Council, and secondly, on the Generalitat.