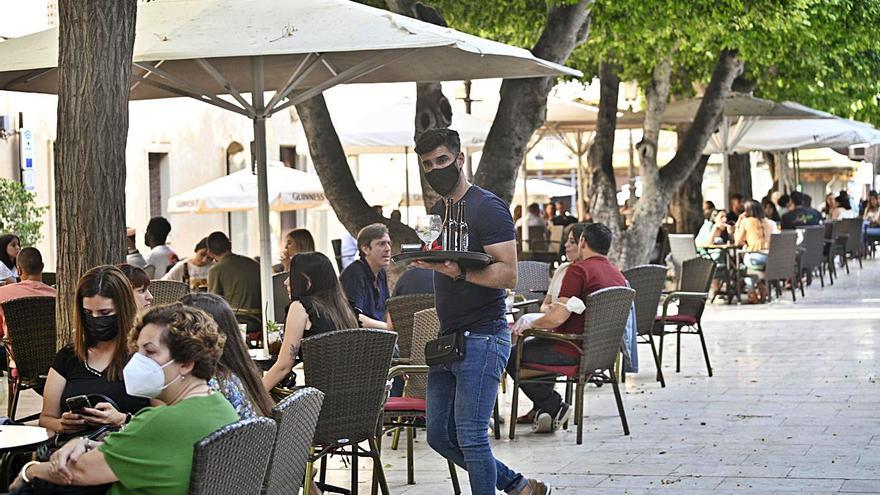 Although the next exercise, the bipartisan will freeze taxes, it does foresee that the municipal coffers may receive more for the economic recovery after the worst months of the pandemic. For example, through the Construction and Works tax, the circulation tax and the rates paid by people from Elche for the use of municipal facilities.

Municipal officials are also confident that a function of the increase in the CPI is expected to income increase of 4 million euros in the participation of the City Council in the income of the State.

At the moment, the only sector that will be saved from a exemption from municipal tax obligations is the is the hospitality. And it is that at least for the first semester of 2022, the bipartisan claims that bars, restaurants and cafeterias are exempt from paying fees for deploying tables and chairs in the street, as they have been allowing since the pandemic broke out.

In addition to the general lines of the budget that the City Council will send to the Ministry of Finance in the next few days, the local government board gave the green light yesterday to advance 5.9 million euros to banks, which will mean paying off three important loans.

And this will translate for the citizen, as explained by the local government, Héctor Díez, in that “there will be more ordinary spending in 2022 for public services and agreements with local associations and also pwill allow the City Council to maintain the fiscal pressure». The local executive also ensures that this operation reduces financial expenses by 2.3 million euros for the years 2022 and 2023.

In this way, the municipal coffers will end the year with a debt of six million euros, which will have meant to have cut in seven years (since PSOE took command with Compromís) 113 million euros the indebtedness of the municipal coffers with the banks. It is one of the great figures from which the government team has expressed its chest and has attributed it to the “brilliant management” of the Department of Finance.

Despite the good financial health of the City Council, as the mayor already advanced at the beginning of the week, the bipartisan is very clear that it will maintain taxes next year under the argument of «maintain services and social shield to the neediest families, “said Diez.

The socialist mayor once again defended the premise that the local executive has maintained in recent years to refuse a reduction in taxes, as requested by the opposition. “To reduce taxes is to cut expenses and services,” he said. In addition, the City Council plans to face next year with a surplus of 20.8 million euros and a debt ratio of 0.16%.

The City Council has made credit modifications in its budget to allocate grants from the Provincial Council to various sectors. Among them, one for a value of 550,000 euros to a new call for aid due to the effects of the pandemic to both SMEs and the self-employed; another for more than 256,000 euros for covid aid to the tourism sector. On the other hand, the City Council will grant 30,000 euros from its remaining treasury to merchants’ associations; 20,000 euros to date producers; in addition to 15,000 euros to the Board of the Mystery, with which the municipal support for this year is finally 138,750 euros.