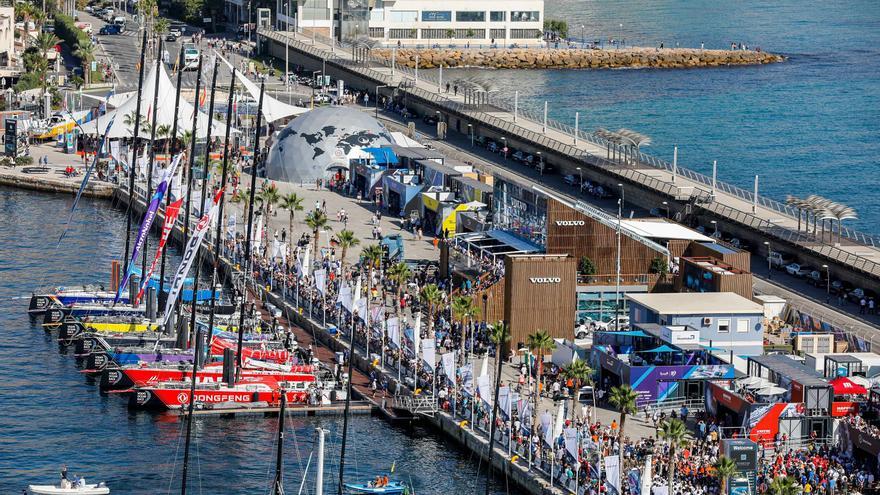 The mayor of Alicante, Luis Barcala, has signed an agreement that is taken to the next Governing Board for the creation of the Inter-administrative Commission of the event of exceptional public interest “Alicante 2021. Sailing Around the World Tour”, Body in charge of the development and implementation of all the plans and programs that are going to be promoted and the activities to support the celebration of this event, as well as the management and certification of its expenses.

Alicante has been, since 2008, the port of departure for the last four editions of the Round the World Sailing regatta and will be so in 2022 and 2025-26. The departure and celebration of the event will be in the Port of Alicante, for 10 and 12 days, having an extensive sports program planned with the start of the race, coastal regattas, schools and other sailing competitions, along with institutional activities and for the public. general, forums, congresses and events. The committee is expected to approve the new event logo and its user manual, for employment, for advertising purposes.

The mayor has shown his satisfaction for the signing of this agreement, which takes a definitive step so that “Alicante continues to be the departure port for the Sailing Around the World Tour”, and promised to “work together so that the regatta continues for many years in our city as a port of departure, since it is an international event with undoubted benefits both in terms of promotion and from an economic point of view.

This agreement signed by the Alicante City Council will be in force until December 31, 2023, and has been signed with the Ministry of Finance, the Higher Sports Council, the Generalitat Valenciana, the Alicante Port Authority, the Thematic Projects Society of the Valencian Community and the Foundation of the Valencian Community “Alicante Port of Departure of the Round the World Sailing”.

The financing of the official programming of the event corresponds to the Foundation of the Valencian Community Alicante Port of Departure, as agreed with the public company Sociedad Proyectos Temáticos de la Comunidad Valenciana SAU, to pay for it out of their budgets as well as, through contributions, subsidies, donations or other private income, with said Foundation assuming the condition as recipient and administrator of the donations made for the execution of the event support program.

The Around the World Sailing is the longest sporting competition that exists, lasts about nine months and is usually held between October and November, ending between June and July of the following year. It is the Round the World Sailing by teams and stages that since 1973 has been held periodically every three or four years. The teams travel more than 70,000 km in stages of three and four weeks at sea and one with a stop to recover and repair the boat. This test brings together the best ocean sailors and sailing experts.

In the signed agreement it is agreed that the Foundation of the Valencian Community Alicante Port of Departure, will be in charge of ordering and attracting all the economic resources that are necessary for the financing of the activities and programs and will be applied exclusively to their realization, being approved by the Inter-Administrative Commission, and where appropriate, for the support of those classified as of interest to the event.

The Foundation of the Valencian Community of Alicante Puerto de Salida may sign agreements with other Bodies or Entities of the State, Autonomous or Local Public Administration destined to the financing and execution of specific activities.

The Inter-Administrative Commission will have its headquarters in Alicante, Production Support Building No. 2, Avenida Jean Claude Combaldieu s / n, headquarters of the Department of Innovation, Universities, Science and Digital Society and the meetings of the Inter-Administrative Commission will take place in the same place, without prejudice to the fact that they may meet in a different place or even hold a telematic meeting.

Likewise, the agreement also regulates the composition of the Inter-Administrative Commission: the Presidency of the Commission will be exercised by a person representing the Generalitat, appointed by the head of the Department of Innovation, Universities, Science and Digital Society. A member representing the Ministry of Finance, appointed by the head of the Undersecretariat of Finance.

The members of the Inter-Administrative Commission act by reason of the original position, not being able to receive any remuneration in respect of allowances for attending the meetings of the Commission. The system for adopting resolutions of the Inter-Administrative Commission will be by a simple majority of the attending members, although, in the event of a tie, the Presidency will have a casting vote. In addition, the agreement also regulates that you can attend the meetings of the Commission, with voice but without vote, any person who, due to their qualifications and / or experience, the Presidency deems appropriate, depending on the agenda to be discussed.