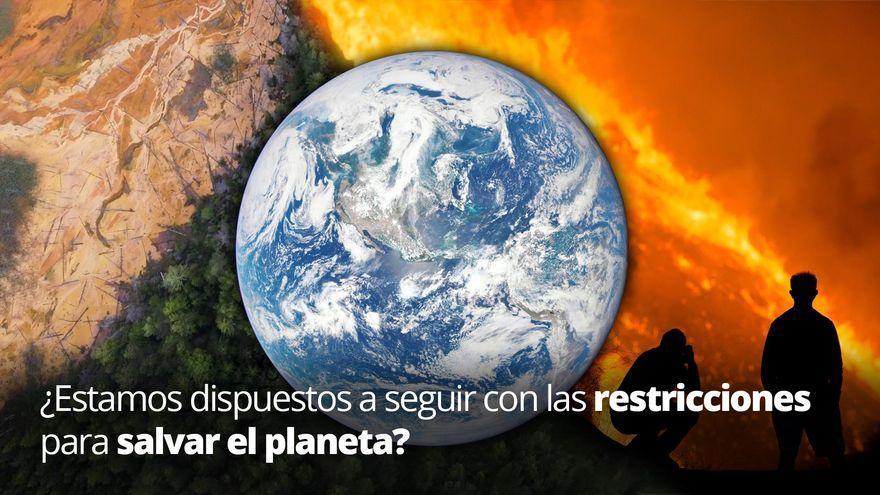 While the emission of greenhouse gases continues to rise, the weather-related disasters They have almost doubled in the last two decades, a time frame in which the 19 hottest years have been recorded since there are figures to measure the phenomenon. And 95% of the displacements last year, the report explains, “took place in the most vulnerable countries to the impact of climate change ”.

There is nothing to suggest that this trend will be reversed in the nearest future. A couple of months ago, an investigation by the Polytechnic University of Zurich carried out a haunting prediction and at the same time very conservative: if the world population remains stable, the danger of displacement caused by floods will increase by 50% for each degree of global warming. But the population is not stable at the moment. Keep growing. So the risk is actually much higher. Even in the event that the commitments included in the Paris Agreement, the international treaty approved in 2015, end up being fulfilled and global warming is maintained for below two degrees Regarding the levels prior to the industrial revolution (something about which there are serious doubts), the risk of displacement, the study concludes, will rise to 110% by the end of the century if the demographic data maintains its current evolution. And if the emissions continue as before, could reach 350%.

“The year 2020 was the third warmest since there are records, continuing with the trend of rising global temperatures. The monsoon seasons are getting longer and longer. Rainfall has increased in various areas of the planet. Global ocean levels continue to rise, as well as sea temperatures, which is conducive to tropical cyclones most devastating. The droughts they now last longer and have a greater capacity for destruction ”, summarizes the report on the number displaced during the past year.

In one of the most wicked examples of inequality In the modern era (which scientists call the Anthropocene, characterized by geological alterations caused by human beings), those who have the least blame for polluting the Earth, being poorer and polluting less, are the ones who suffer the most from its consequences. A recent analysis published in the journal ‘Nature’ concluded that the 10% richer was responsible for 40% of all environmental damage, including climate change, while Poorest 10% it only caused less than 5%. And among the harmed, the kids they are the ones who get the worst of it. More than the 23 million displaced during 2020 (almost 60% of the total of 40 and a half million) were minors: 7.2 million were four years old or younger and 12.8 million, between five and fourteen.

In May last year, Cyclone Amphan hit the eastern coasts of India and Bangladesh with gusts of up to 185 kilometers per hour, destroying homes, electrical installations, vehicles, trees. It caused five million displaced people and more than 100 deaths. “I’ve never seen a disaster like this before. It has left a trail of devastation beyond imagination, “said then the head of the Government of the Indian state of Bengal, Mamata Banerjee. Just a few weeks later, back in Bangladesh, torrential rains they submerged more than a quarter of the country, spoiling what little the population of the area had.

On global figures, what to take with caution and they probably fall short because the pandemic has made it difficult to collect, Asia was the continent with the highest number of displaced people: five million in China, almost four and a half in Bangladesh, the same number in Philippines and about four in India. But the phenomenon goes much further.

In November, two devastating hurricanes, Eta and Iota, hit Central America, one after the other. More than 1.7 million people were forced to leave their homes. All 156 homes in Wawa Bar, a small community of Miskito Indians in the northeast of Nicaragua, for example, they were rendered useless. The hurricanes in the Atlantic they displayed a virulence never before seen, showing that warming, as suggested by several studies, is causing them to be more and more frequent, more destructive.

“The misperceptions on the displacement of people caused by climate-related disasters continue to be very persistent, and have important consequences on people and the policies that are applied – concludes the IDMC report -. They include ideas such as that disasters are natural, when the human factor has a lot to do with it. That displacement tends to be short-lived because those who suffer it return to their place of origin in the short term, when the situation is often prolonged in time. That small-scale disasters are not worrisome, when they damage the lives of those affected and threaten development. (…) We have to focus on reduce risks. We have to recognize our responsibility ”.

The causes of displacement.