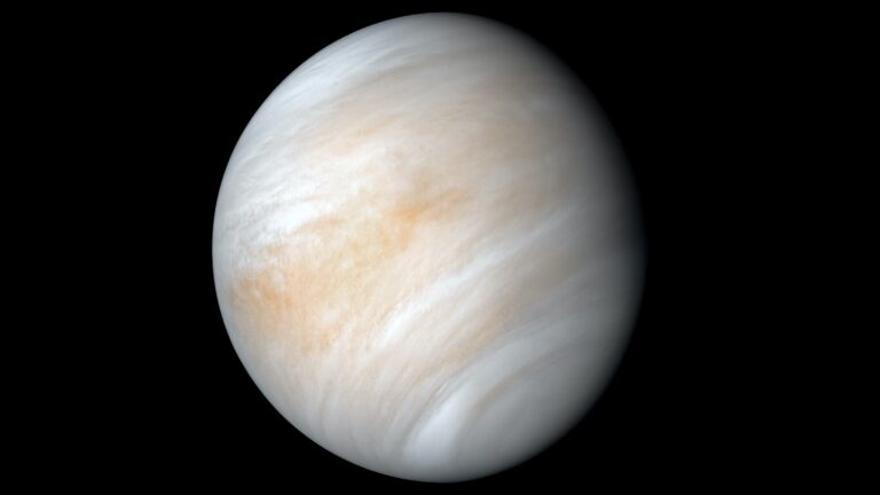 New research, led by Rakesh Mogul, from the California State Polytechnic University (Pomona), confirms that microorganisms can inhabit the clouds of Venus, in what appears to be a clear indirect indication that life has not been a phenomenon exclusive to Earth.

It lacks liquid water and it is believed that it does not meet the conditions for life on its surface, although at the end of last year an investigation discovered phosphine in the middle layer of its atmosphere.

Phosphine is a chemical that, on Earth, is produced mainly by living organisms, which has sparked speculation about the possible presence of life only 40 million kilometers from our planet.

The discovery of phosphine reinforced the theory that in the past Venus could have oceans with as much water as Earth’s seas, and even meet conditions of habitability.

The new research, published in the journal Geophysical Research Letters, delves into the results of the previous one and not only confirms the presence of phosphine in the atmosphere of Venus, but also of other “biologically relevant chemicals” that appear to be in a state of imbalance. , another hallmark of life.

Reviewing data The data has been obtained by reviewing archived data from NASA’s Pioneer Venus Multiprobe, which arrived on Venus and collected data almost 43 years ago.

Re-examining the results of the spectrometer that measured the atmospheric composition of Venus as it descended to the surface in 1978, the team discovered chemical signatures in the intermediate clouds that support the presence of phosphine, hydrogen sulfide and nitrous acid, nitric acid, cyanide. hydrogen, carbon monoxide, ethane and potentially ammonia and chlorous acid, as explained in a release.

The researchers highlight in this regard that these chemical traces serve as signs of imbalances in the oxidation-reduction reaction (redox): that means, on the one hand, that there are still undiscovered chemicals in the atmosphere of Venus and, on the other hand, that the clouds on the planet closest to Earth are a habitable zone for microorganisms.

On Earth, microbes take advantage of the redox imbalance found in natural environments such as water for energy. The redox imbalances observed outside our planet suggest that something similar could be happening in some area of ​​the atmosphere of Venus.

The scientists add that reexamination of the data also reveals biologically relevant chemicals, as a key component of anoxygenic photosynthesis, through which anoxygenic photoautotrophic organisms convert light energy into chemical energy necessary for their growth.

They have also observed in the atmosphere of Venus all the main components of the nitrogen cycle that on Earth is converted into multiple chemical forms, as it circulates between the atmosphere, terrestrial and marine ecosystems.

Evoking the past Finally, they confirm a potential signature for the anaerobic metabolism of phosphorus (phosphine), a process used by cells to produce energy from nutrients in the absence of oxygen.

Phosphine, made up of one atom of phosphorus and three of hydrogen, is found in microbes that live in the entrails of animals that live on our planet.

Now we discover that it is also found in the atmosphere of Venus, although we don’t really know what that means.

What we know positively is that the redox imbalances shown by the atmosphere of our planet are due to the appearance of life about 4.250 million years ago.

Apparently, the same could be happening on Venus, although to confirm this it is not enough to analyze old data: we will have to return to Venus and record the components of its atmosphere with better instruments.

The probability that some form of life is emerging in Venus’s atmosphere confirms what has long been suspected: that 4.503 billion years ago, Venus was a long time ago. more like Earth that nowadays.

However, about a billion years ago, an unknown catastrophe caused a greenhouse effect that still persists, with surface temperatures of 450ºC and an atmospheric pressure of 90 bars, the same that is recorded a kilometer deep in the sea. Its clouds are formed mainly by sulfuric acid.

Refugees in the clouds

Refugees in the clouds What scientists suspect is that some form of microscopic life may have existed on Venus in the past, which then sought refuge in the clouds, away from the fiery surface.

On Earth, terrestrial microorganisms, mostly bacteria, can be dragged into the atmosphere, where scientists have found them alive at altitudes of up to 25 miles.

The possibility of something like this happening on Venus was raised in 2018 in a Article published in Astrobiology, according to which the microbes present in its atmosphere would have formed dark spots, rich in sulfuric, caused by bacteria that absorb light. Those dark spots are almost the same dimensions as some bacteria on Earth.

Even long before, in 1967, Carl Sagan and Harold Morowitz published in the journal Nature a Article in which they suggested, hypothetically, that life could exist in the atmosphere of Venus.

More than 50 years later, everything seems to indicate that they were right, although the possibility that there is some form of microbial life on Venus is still a hypothesis as it was in its day that of the Higgs boson.

In any case, if it is finally confirmed, Pandora’s box could be left open: in the search for extraterrestrial life, planetary atmospheres other than Earth’s remain largely unexplored and could potentially bring us huge surprises.